Can you solve this true crime mystery?

The case of the Somerton Man has been unsolved for over 70 years. The subject of a bonus episode of Radio 4's The Shadow Over Innsmouth, the case centres on a corpse found on a beach and a mysterious book of poetry. There are many clues but few answers. Can you complete the puzzle that has baffled detectives for decades? 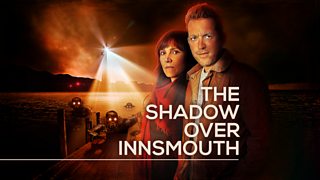 Listen to The Shadow Over Innsmouth A clip from The Shadow Over Innsmouth.

The body on the beach 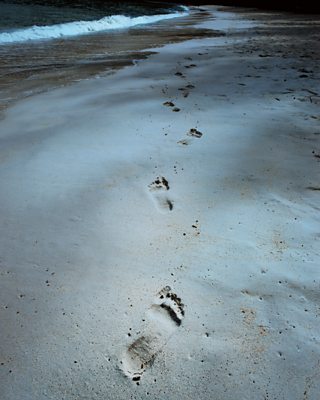 Every label had been cut from his clothes. There was nothing to suggest who he was or how he got there.

1st December, 1948: The man’s body was found on Somerton Beach, Adelaide, on the first day of Advent. With his head resting against the seawall as the waves lapped at his feet, he might have looked like any other snoozing beachgoer, were it not for the fact he was formally dressed in a suit and tie. A cigarette sat on his lapel, as if death had suddenly interrupted his plan to smoke it. His pockets contained nothing to identify him. Every label had been cut from his clothes. There was nothing to suggest who he was or how he got there.

Initially, police believed he had died of natural causes, but the coroner suspected foul play. He was convinced the man had been poisoned, he just couldn’t establish what kind of poison had been used.

Police spent months trying to establish who the man was, but found no leads. Before the man was buried, they made a plaster cast of his face, in the hope that eventually they might find someone who’d recognise it.

If you think all of that’s odd, you’ve heard nothing yet.

Before the man was buried, the police found one promising clue. Tucked in a tiny pocket hidden in his trousers was a small, rolled up piece of paper. It looked like it had been torn from a book. On it were written two words: “Tamam Shud”.

In Persian, “tamam shud” means “finished”. A fitting note for a dead man, but why was it on the body? The police discovered that tamam shud were the last two words in The Rubaiyat of Omar Khayyam, a book of poetry by a 12th century Persian mathematician and astronomer. Unknown in his own time, Khayyam had gained posthumous notoriety with an arty Victorian crowd. This did not explain what he had to do with a 20th century murder.

Astonishingly, the police managed to find the book from which the note had been torn. A local man found a torn copy of The Rubaiyat of Omar Khayyam in his car, which fit the scrap perfectly. Adding to the mystery, the back page of the book was marked with faint indentations, as if someone had leaned on it while writing a note. The indentations revealed a code, which the police could not crack. It has still not been cracked. 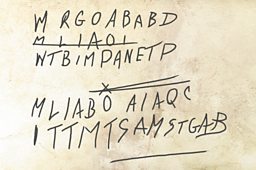 A copy of the mysterious code

As well as the indecipherable code, the book revealed a phone number. When the police called, the phone was answered by Jessica Ellen Thompson, a nurse who lived less than half a kilometre from where the body was found. 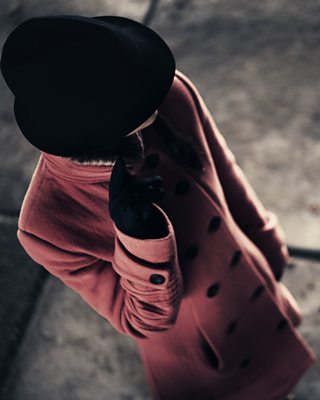 She flinched at the sight of the face, as if it was familiar to her. He was convinced she was lying...

Jessica told the police that she had once owned a copy of The Rubaiyat of Omar Khayyam, but gave it to an ex-boyfriend, Alf Boxall. Was he their dead man? Alas no. Well, not alas for Alf. He was alive and well and working in a bus depot in Sydney, still with his untorn copy of the book. Both Alf and Jessica claimed no knowledge of the body on Somerton Beach.

The police brought out the plaster cast of the dead man’s face, in the hope Jessica might recognise him. When Jessica saw it, she immediately said she had never seen the man before. Her reaction said otherwise. The detective interviewing her said she flinched at the sight of the face, as if it was familiar to her. He was convinced she was lying, but she stuck with her story. The only lead had come to a dead end and the case went no further. At least, not for another 66 years.

In 2014, Jessica Thompson’s daughter told an interviewer that she believed her mother had known the Somerton Man. Sadly, it brought nobody any closer to identifying him, but Jessica’s past held more clues. Alf Boxall, the man she’d gifted a copy of the book, was a bus depot worker in 1945, but during the war he’d worked in intelligence. Did the code in the book have something to do with him? Did the two copies of the book connect Alf, Jessica and the Somerton Man? Nobody has ever found out.

The riddle of the Rubaiyat

The Rubaiyat of Omar Khayyam was at the heart of another mystery, which grazed the lives of Jessica and Alf. In June 1945, just down the road from the hotel where Jessica give Alf her copy of the Rubaiyat, a man named George Marshall was found dead. Poisoned. On his chest was a copy of the Rubaiyat, but mysteriously it was from an edition that was never actually published.

So what was the significance of the Rubaiyat? Was it part of a code known only to a few people? Did it carry a message that got at least two men killed?

Hear more about this story as part of The Shadow Over Innsmouth from Radio 4's The Lovecraft Investigations.