Please note tickets are no longer available for this event.

About the BBC Radio 2 Folk Awards

The BBC Radio 2 Folk Awards, hosted by Mark Radcliffe, is one of the jewels in the network’s musical calendar and is celebrating its 20th anniversary this year. The show will be broadcast live on BBC Radio 2. 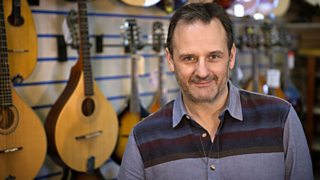 Alongside the announcement of the winners by an array of guest presenters, there will be live performances from new and established artists including legendary Irish group Dervish, Welsh-Senegalese duo Catrin Finch and Seckou Keita and Edward II, Anglo-Caribbean fusioneers from Manchester.

There will also be the presentation of the Lifetime Achievement Award and one act will join Nick Drake, Sandy Denny, Woody Guthrie and Ewan MacColl via induction in to the Folk Awards Hall of Fame.

Expect very special collaborations, and magical musical moments, from some of the most exciting artists in the folk world.