Five games that defined the last generation of consoles

With not long to go before Microsoft and Sony drop their latest consoles, we asked The Social gamers to give their top picks of games that defined the last generation for them.

For me Red Dead Redemption 2 is up there with my favourite games of all time. Everything about it, the narrative, the graphics, it just illustrates the power of gaming and is an incredible achievement
that shows off the PS4. 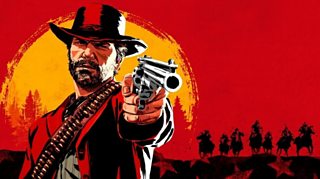 In a generation where nothing has really stood out for me, this is head and shoulders above the rest, by miles the best game ever released on PS4. The story was packed with 60 hours of epic gaming moments.

Once you get into it, there’s no going back. You get lost in the world of grit and emotion that’s still relatable even though set in the Wild West. A quick side mission can end up taking you on an expedition across the vast and immersive open world for hours. There’s just so much to do, everything about it is impressive.

Every mission is delicately positioned to tell a wonderfully detailed story, and nothing is out of place Everything is there for a reason and genuinely mind-blowing.

Jordan Middler – The Last of Us Part II

The Last Of Us Part II asks players to grow up. It’s a game that combines incredible stealth action with a narrative that will stick with you in the same way that your favourite films or TV shows do. 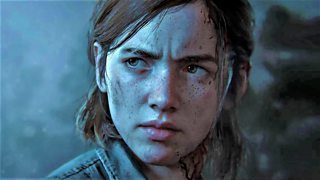 It’s a masterclass in almost everything it tries, from its unmatched visual prowess to its industry leading performances from Ashley Johnson and Laura Bailey.

Much like the first game was a ‘look at where we are, look at where we started’ moment for video games, the sequel somehow delivers the same revelatory experience only 6 years later. A generation defining masterpiece.

Back when we imagined stepping into a digital world, we assumed we would leave the real world to do so, via VR headset, or a plug on the back of our head. The reality is that it happens just by looking at a screen and the digital world has taken the real world in there with it. 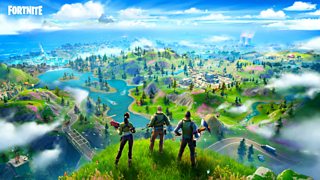 Fortnite is like an entire new planet that’s accessible anywhere. The online phenomenon caters to different types of gamers, starting out as a defensive zombie shooter, developing into a competitive Battle Royale, and now including a creative building, socialising and event space. Like all MMORPGs, it entertains and provides social interaction in a world where you get to curate your life but Fortnite also has built in spectacle.

You don’t just play the game, you join millions of other users at a virtual party, rubbing shoulders with people you’d never meet otherwise. Instead of stressing to get a ticket, travelling and squeezing yourself into a packed out venue, you can stay home and watch a real life musician in concert on your console.

And if you get good at it, the Fortnite world championships creates overnight teenage millionaires, having awarded the winner $3m USD in 2019. There’s not much Fortnite doesn’t do and for me, this is why it defines the last generation of console games.

We don’t just want to play the game, we want to be connected with others as we do so. Beyond shooting zombies together, Fortnite provides a space for widespread wholesome connection, shared live experiences and social purpose.

Any naysayer of VR simply has not tried Superhot VR. 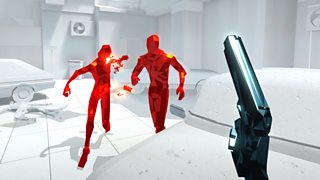 Think ‘The Matrix’ on steroids, as you do your best Neo bullet dodge in this time-weaving epic. It’s relatively simple: you move, time moves. You’ll quickly be familiarising yourself with the different weapons, deflecting bullets on a knife’s edge, and agonizingly stretching out for a gun just out of reach.

This insanely addictive shoot-em-dodge-em-up is the only experience I needed to prove to me that VR was worth investing in and remains to be one of my favourite experiences of this past generation. Just be ready for some sore shoulders the day after playing.

NieR: Automata is a game that has so much more to offer than you first expect it to. Sure, you play a hacking and slashing emo lolita android in a post-apocalyptic future with an endless war going on, but that isn’t even half of it. 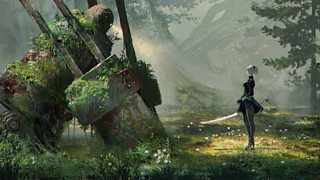 The game’s mechanics are so videogame-y that you are going to ask yourself afterwards if you’ve ever played a video game. And if that isn’t even enough for you, the game’s story is intertwined with all sorts of philosophical questions and ideas. Who thought that slashing robots and philosophy from human history would fit so well together?

NieR: Automata is an experience that will leave you speechless in your chair, as you go back through all the memories you have forged during your play through. It is one of those unique g(e)ms that you will always cherish once you’ve found it.