Homesick for Christmas: the words you never knew you needed 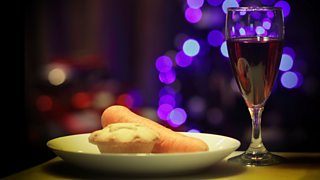 Whether it's Chris Rea's "Driving home for Christmas" that gets stuck on repeat in your head, or recalling the Christmases of your youth and the home where you grew up - around Christmas time, many people's thoughts turn towards home as they make their journey to where they are spending the festive holiday. The word 'home' evokes strong emotions for everyone and can mean many different things.

Inspired by the programme Hiraeth, we have been thinking about the many words and phrases from other languages which represent nostalgia or homesickness. Here are a few that we wanted to share with you...

In English the word ‘nostalgia’ originally meant a diagnosable illness, connected with melancholia, that was experienced by people who missed their home. It was recognised as a medical condition until the mid 20th century and was considered to be sufficiently powerful to be fatal.

The word ‘dépaysement’ in French means ‘the feeling that comes from not being in one’s home country.’ ‘Hasret’ in Turkish, is homesickness, as is ‘dor’ in Romanian. 'Goles-veytik', in Yiddish, is the pain of diaspora, ‘hyang su byung' is Korean for homesickness and the Russians have ‘toska’, a longing.

The Germans, who generally have words for things we never knew we needed words for, suggest 'fernweh', which describes feeling "homesick for a place you’ve never been to". If you've never had this experience you may be in the minority as the Finnish have a word for it too; 'Kaukokaipuu'. it means 'a feeling of homesickness for a place you've never visited.' However, the Finns have extended the definition to include sitting at your desk dreaming about somewhere completely different, like a Hawaiian island. Now that sounds more familiar… 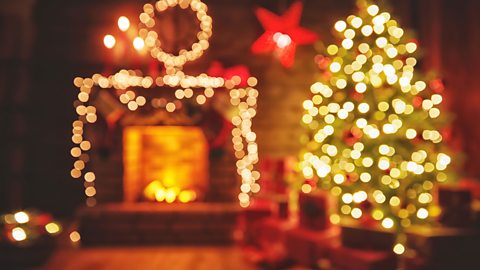 What was the real Christmas story?

'Fernweh' is a German word meaning homesickness for a place you've never been to.

While we’re in esoteric territory, the Portuguese boast the glorious ‘saudade’, the feeling of longing for something or someone that you love and which is lost. Fado music is all about saudade. (Basically it’s what you listen to at 11.30pm on Boxing Day when you’ve had a bit too much to drink and you start remembering your sixth form crush).

Now the Welsh have gone beyond esoteric and into the mystical. Hiraeth is a mysterious kind of homesickness that cannot be solved by a trip home. It’s a deeper yearning for a time that is past, a home that has changed – you couldn’t find it if you went back there. Welsh people could feel hiraeth for their home even if they were standing in it, but most commonly feel hiraeth when not in Wales. it prompts songs and poetry (but so does drizzle in Wales), tends to the maudlin and the only thing we can definitely say is that it’s a very complex emotion. Phew.

The Welsh word hiraeth is a mysterious kind of homesickness.

There are many proverbs about home that warm the cockles, too. “A ogni uccello il suo nido è bello" in Italian, or ‘to every bird his own nest is beautiful’. In Albania, they say ‘The sun at home warms better than the sun elsewhere’. The Swiss-Romanian writer Aglaja Veteranyi wrote “my father says you remember the smell of your country no matter where you are but only recognise it when you're far away.”

To every bird his own nest is beautiful.
Italian proverb

There is, indeed, no place like home, however you get there. Go carefully.

Learn more about the concept of 'Hiraeth' as poet Mab Jones explores the poetry of Wales and further afield.