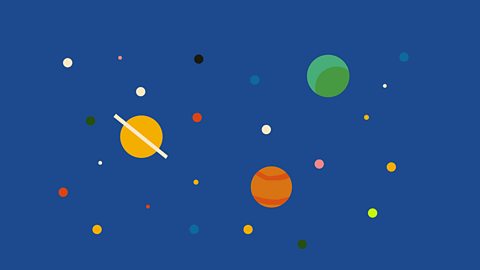 Paperballio is a small red planet in a far off solar system. As its name suggests, it used to be completely covered in weird and wonderful trees which actually produced shiny rolls of brilliant white paper from their branches. Sadly, a huge blazing meteorite smashed into Paperballio a few centuries back, starting a large fire and destroying most of its beautiful trees. From that moment on, paper became the most precious thing on the planet. The inhabitants of Paperballio are very strange creatures indeed: blue (as you would expect), with ten eyes, four arms, three legs and just ten centimetres tall. One sunny day, as both green suns were shining in the sky, Atlin, the royal guards' chief in command, was patrolling the beautiful tree-lined Paper Mall (the only road on the planet with trees), leading to the king's palace. He whistled cheerfully with two hands on his police hovership's steering wheel and the other two crossed at the back of his blue neck. Everything was quiet, as always, and Atlin was daydreaming and staring at the sky with five of his eyes and the other five fixed on the road. Little did he know that someone was mischievously hatching a bold plan. Alvin, a wicked robber, was determined to steal the most precious thing on the planet: the King's paper crown! The crown was made out of a piece of ancient glossy paper, skilfully folded by the royal craftsaliens. Alvin had noticed that one of the windows on the ground floor of the Royal Palace had been carelessly left open. With a cheeky grin on his face, he tiptoed to the open window. He looked in every direction, which is quite easy when you have ten eyes, and he climbed inside. He could hear the guards laughing loudly while playing cards - which on Paperballio are made of thin sheets of iron - and not guarding the crown! Alvin sneaked unnoticed all the way to the grand Throne Room and grabbed the paper crown which was lying unguarded under a shiny glass cage. He could not believe his luck and ran away with his precious loot as fast as lightning. Just in that very moment, Atlin passed by on his police hovership and spotted Alvin sprinting away with the priceless crown. He jumped out of his hovership and started tickling the mischievous robber with his four arms (very good for tickling!) until he burst into laughter and dropped the paper crown. Alvin managed to escape but Atlin picked up the crown and held it up with all his four arms like a trophy. He returned the paper crown to the King who was so grateful that he rewarded loyal Atlin with a glossy paper medal! Atlin could not believe his ten eyes as he waved to the cheering crowd of aliens which had gathered outside the palace to celebrate him - among them was a cheeky robber already plotting to try again in his quest to steal the Royal Crown!