The Secret Diary of Adrian Mole, Aged 13¾ was the best-selling book of the 1980s. 20 million copies sold, translated into 48 languages, it launched a long-running series of sequels, earned itself stage and television adaptations and an army of devoted fans. But Mole's creator Sue Townsend hid her writing from everyone she knew for 20 years. ALASDAIR MacRAE recounts her story.

Exclusive: How Sue Townsend influenced a generation of comic voices 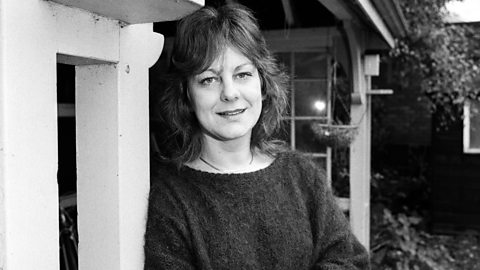 Actors and comic writers share the lasting influence of her inspirational comic writing.

Sue Townsend began writing at the age of 14. A working class girl in Leicester who had failed the 11+ exam, she dropped out of school, held a series of dead-end jobs, married young and had children; but throughout it all, she kept her writing secret, even from her husband.

The marriage did not last and, in 1969, Sue Townsend found herself a single mother at the age of 23, with three young children and very little prospects.

Her dream of becoming a writer seemed impossible, yet she continued - never typing, always writing by hand

Her dream of becoming a writer seemed impossible, yet she continued - never typing, always writing by hand - and over the next few years her growing and inquisitive children would inspire her most famous character.

But even Adrian Mole was kept hidden, until her second husband discovered her writing and encouraged her to join a writer’s group.

Her honest and very witty comic voice instantly connected with people and, a few years later, The Secret Diary... was published. The book was a huge success, earning her riches and making her a household name. 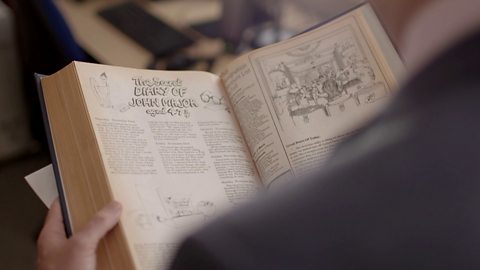 Sue Townsend would go on to write 16 books and over a dozen plays, and, perhaps because of her humble background, she became a champion of the marginalised and a fierce critic of the powerful.

Her play The Great Celestial Cow was a bold move for a mainstream writer in the 1980s, as it delved into the lives of the Asian immigrants in her local community.

And in her successful 1992 book The Queen And I, the Royal Family is ousted from power and forced to live on a council estate - an expression of her republican views, although she treated her version of the Royals with sympathy and didn't resort to caricature.

However, she returned to Adrian Mole again and again. As she aged, so did he. When she began to go blind, Adrian was forced to look after a blind friend. When she faced kidney failure, Adrian faced cancer.

Townsend was in the middle of writing what would have been the final Adrian Mole book when she died, in 2014, after suffering a stroke.

The Secret Life of Sue Townsend, Aged 68¾ is available now on BBC iPlayer. 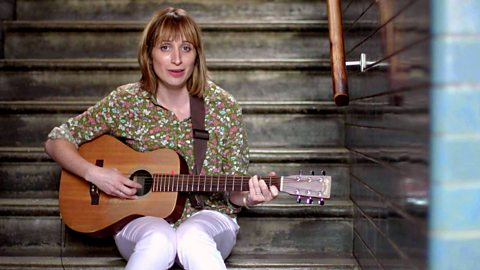 The comedian sings a song about her love for a boy called Sam.

A version of this article was originally published on 14 October 2016. 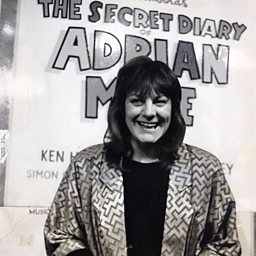 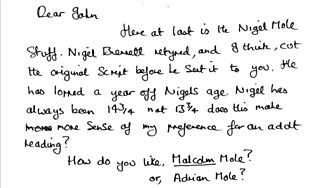 Read the fascinating correspondence between Sue Townsend and the BBC's former head of radio drama.

Reading from The Secret Diary of Adrian Mole Aged 13 ¾ 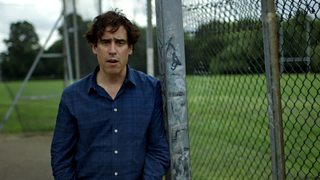