Regular exercise is vital to maintaining a healthy body and mind. But there are a bewildering number of different types of exercise plans out there, and not all of them will be useful to you. The NHS has tried to simplify things on its website – you should be doing at least 150 minutes of moderate aerobic activity every week, or 75 minutes of vigorous aerobic activity, or a mix of moderate AND vigorous aerobic activities. And then, there’s the idea that we need to do 10,000 steps a day – a message as deeply ingrained as eating our 5-a-day. 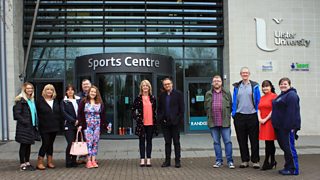 At Trust Me I’m a Doctor we wanted to get to the truth – how much do you really have to do, and how vigorously do you need to do it?

We teamed up with Marie Murphy, Professor of Exercise and Health at Ulster University, to run an experiment. This concentrated on walking, the simplest, easiest form of exercise there is, and also recommended by the NHS for its health benefits. Professor Murphy told us: “Walking is probably the nearest thing to perfect exercise that we have.”

Our experiment was designed to test how much walking you really need to do, to make a measurable impact on your physical and mental health. We recruited twenty-four volunteers, aged between 25 and 65, and randomly allocated them into one of two groups.

The first group were our “10,000 steppers”. They used pedometers to help them measure whether they could hit the magic number each day. Ten thousand steps is the equivalent of about five miles – or two hours – of walking. Crucially, this group were not given any instruction on pace or intensity.

The second group were our “brisk walkers”. They walked much less than the 10,000 steppers – just thirty minutes, five times a week. But they had to walk at a brisk pace – meaning they were doing exactly what the government guidelines suggest: 150 mins of moderate intensity exercise per week.

But what counts as “moderate intensity exercise?” Professor Murphy explains: “You should be out of breath, you should be feeling a lot warmer and your heart should be beating- you should still be able to talk but we often say you shouldn’t be able to sing”.

Ultimately, “moderate intensity” varies by individual. So Professor Murphy’s team used heart monitors to raise our volunteers’ heart rates, and then selected music tracks which encouraged them to maintain that level of intensity. In this way, they all kept up a pace sufficient to count as moderate intensity for them individually.

If you want to give this a try, a track with 100 beats per minute would be a good start.

Five weeks later, all our volunteers returned to have their blood pressure, cholesterol, and body fat measured and compared against their initial readings. Each participant also filled in a mood questionnaire to test the impact of the exercise on their feelings of wellbeing.