That's so unfair! Seven reasons we should give teenagers a break

Adolescents get blamed for a lot: their parents’ grey hairs, spending too long in bed, their infuriating inability to rise above their raging hormones…

To find out if we’re being unfair, The Infinite Monkey Cage explored the science of adolescence. Are we asking young people to defy thousands of years of evolution and even their brain structure? This evidence suggests we are:

1. The animal kingdom has adolescents too

We humans are not unique! The sensation-seeking behaviour associated with teenagers can also be seen in animals.

“In mammals there’s a period of change to do with the passage into adulthood – and it’s associated with risk-taking,” says zoologist Matthew Cobb.

A rat, for example, reaches adolescence when it’s about 30 days old. “We’re not talking about jumping off cliffs,” says Cobb, “but if there’s something new in their cage that could be dangerous, they’re much quicker to go out and sniff it and be interested.” 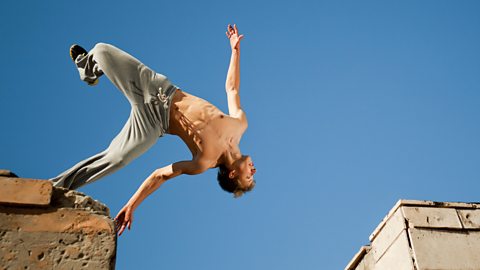 Lots of studies have shown that teenagers don’t necessarily take more risks than adults when they’re on their own. But, if their friends are watching, that changes.

During a study in which people played a driving game during a brain scan, teenagers took around three times as many risks when they knew their friends were watching them. And the reward centres in their brains “lit up” when they showed off to their peers. Meanwhile, the adults made the same choices whether they were being watched or not.

When teenagers make decisions, they have a heightened awareness of what their peers think and, for them, the risk of being rejected by the group might outweigh other dangers.

According to neuroscientist Sarah-Jayne Blakemore, the point of adolescence is to become independent. You need to experiment, explore and establish yourself in the social hierarchy.

4. Teenagers are caught in a contradiction

Teenagers want to be accepted by their peers but at the same time they’re leaving their childhoods behind and distancing themselves from their parents.

Impressionist Rory Bremner, who has teenage children, told Radio 4 that Quentin Crisp had it right when he said: “The young always have the same problem — how to rebel and conform at the same time. They have now solved this problem by defying their elders and copying each other.”

It isn’t just hormones that affect behavior when children hit puberty. “The brain keeps developing right through adolescence and even into the early 20s,” says Prof Blakemore.

Human brains reach adult size at about eight or nine years old but their composition keeps on changing. Younger brains are still adapting to be able to plan, make decisions and inhibit inappropriate responses.

6. Think kids today are worse than ever? Ask the Ancient Greeks…

It seems that grown-ups have a long history of moaning about youngsters. This quote from Socrates suggests it goes back at least as far as 400 BC: “The children now love luxury. They have bad manners, contempt for authority, they show disrespect for elders and love chatter in the place of exercise.”

Leave them alone in their bedroom and don’t worry about what they’re doing!
Rory Bremner

In the midst of a perfect storm of physical changes – hormones and morphing brains – the biggest problem for teens might actually be adult expectations. When they stop looking like children, society treats them differently and people’s expectations of them grow. But under the surface they're still developing.

Rory Bremner has this advice for parents who think their own teens are behaving stupidly: “They’re doing what they’re supposed to be doing – they’re finding out what ‘stupid’ is. Leave them alone in their bedroom and don’t worry about what they’re doing!”

7. Despite the wrinkles, YOU might still be an adolescent!

If you have never moved out of your parents’ place, beware of dictionary definitions.

“The end of adolescence is defined as ‘the point at which you attain a stable, independent role in society’,” says Professor Blakemore. “So in theory it can go on quite a long time!” 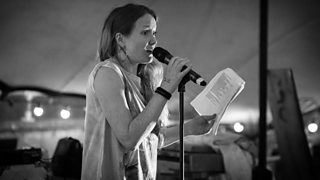 A poem about teenagers by Hollie McNish

What is The Infinite Monkey Cage?

Brian Cox and Robin Ince present the hugely popular, award-winning science and comedy show. They are joined by scientists and comedians to discuss everything from the glory of insects to whether free will is an illusion. 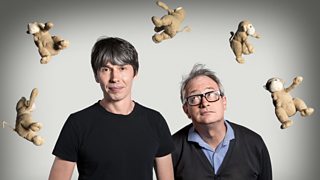 Listen to The Infinite Monkey Cage

Cox and Ince on your mobile

More about teenagers from Radio 4