Do you think you’re the very best, like no one ever was? Caught them all? Maybe even you know the Pokerap off by heart? You might think you’re a regular Gary Oak, but there’s plenty about the original Pokémon games that a lot of Ace Trainers don’t know. So here are a few facts about the world’s largest entertainment property that may surprise you. 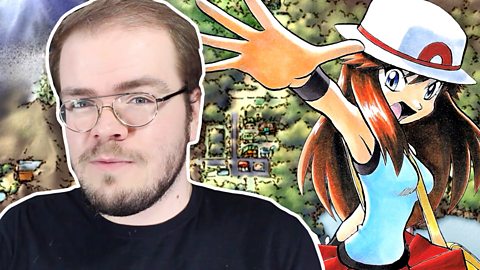 Jordan's got some facts about Pokémon Red, Blue and Yellow that will test your knowledge.

Who was the first Pokémon?

Bulbasaur? Mew? Arceus? Wrong, it was Rhydon. This absolute unit of a Ground/Rock type was the original pocket monster designed by illustrator Ken Sugimori. When asked why, Ken Sugimori stated that a lot of the original designs for Pokémon were based on dinosaurs. Designs for Rhydon can even be seen in the concept art for Pokémons pre-cursor, capsule monsters. This also explains why Rhydon has the unique honour of having the index number 1.

In the beta for Pokémon Red & Blue, many of the creatures you know and love had very different names. For example, did you know that Jigglypuff was originally called Pudding and its evolution Wigglytuff was called Custard. Lapras was originally called Ness, for some reason far beyond my pay grade, but I think my favourite original name has to go to Gyarados. It’s hard to imagine making Gyarados any more menacing but, at one point, the world’s best glow-up was originally called Skullkraken. This was likely changed due to being a bit hardcore for a children's game but also because the name field in original games was limited to ten characters. This explains why names like Victreebel are spelled with only one ‘L’. Ten characters is still plenty to make your rival's name a swear word.

It’s not so easy being green

Did you know Generation 1 is the only generation without a playable female character? However, what you might not know is that early concept art very clearly shows a female equivalent to the protagonist characters, Red and Blue. This character affectionately referred to as “green” or “leaf” was simply a lost piece of art until she was finally canonized in the GameBoy Advanced remakes of Red and Blue, Fire Red and Leaf Green. She even makes an appearance in 2018’s Pokémon Let’s Go Pikachu & Eevee.

Yup, that kind old man... was originally one of the strongest trainers you could face

Did you know that there is actually a battle with Professor Oak programmed into the game? Yup, that kind old man, that gave you your first Pokémon then sent you on an adventure across the world to take down a criminal empire, was originally one of the strongest trainers you could face. He rocked up with a Gyrados, a Tauros, an Exeggutor, an Arcanine and the Kanto starter that you, and your rival, left to collect dust. While you can’t actually access this fight without using some glitchy means, it’s a fun little trivia note and was even referenced in some future games, such as Pokémon Let’s Go Pikachu and Eevee.

Everyone knows Pikachu. He’s practically as recognisable as Mickey Mouse and he’s adorned even more merchandise. His popularity is, in part, thanks to his starring role as Ash Ketchum’s best friend and battle partner in the anime series.

But, at one point, Pikachu wasn’t going to be the series icon. It was originally Clefairy. Now, hardcore fans of the franchise might understand why; in the Japanese-only Manga series, Clefariry was able to talk. This makes sense in contrast to Team Rocket’s mouthy sidekick Meowth. The (correct) decision was made to push Pikachu as producers thought he resembled a family pet.