Seven fitness fads you can afford to forget

“Recovery” has become a sports and fitness buzzword. We’re bombarded with the latest recovery products, services and advice: from drinks and shakes to foam rollers and sleep trackers. But are they any good?

In the Don’t Tell Me the Score podcast, Simon Mundie sits down with the acclaimed science writer Christie Aschwanden who has busted the myths so you don’t have to. Here's what we learned... 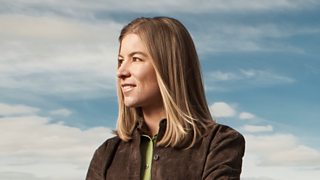 Christie Aschwanden talks to Simon Mundie about the science of rest and recovery. Listen to the interview (Photo: Cris Crisman)

Sports drinks are big business. And through big-brand marketing campaigns, the term “electrolytes” has become synonymous with recovery. However, says Christie, electrolytes is simply a term for salt – something that we take on board via food whenever we eat. 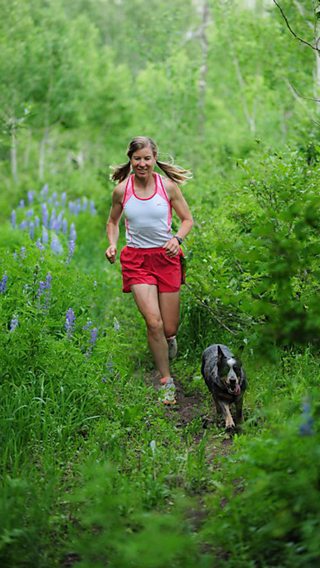 Christie running with her dog

“No one’s ever been worried that they’re low on salt,” says the science writer. “In fact, many doctors are counselling their patients to try and consume less salt, but here you have these companies convincing people that they need to put salt in drinks and consume them during or after exercise.” This, she says, “is pretty much nonsense”.

Not only are we exposed to unhelpful messages about what we should drink, we’re also misinformed about how much water we need. “The marketing has told people you need to drink early and often – that if you wait until you’re thirsty it’s too late,” says Christie. As a result, we’re drinking lots and lots, often to a strict schedule, and even if we don’t want it.

“This isn’t just a dumb idea,” says Christie, “it’s actually dangerous.” In all her research, she couldn’t find an athlete who had died from dehydration during a sporting event, but she found at least five fatal cases of overhydration – a medical condition called hyponatremia. “We’ve created a really dangerous situation where people are now dying from overconsuming water and fluids,” says the writer.

There is an established theory that the 30 minutes following strength training is an “anabolic window” of opportunity – often referred to as “the magic recovery window” – in which our damaged muscles are more open to absorbing nutrients and replenishing their glycogen stores. As a result, it’s been considered crucial to consume those nutrients, and particularly large amounts of protein, as soon as possible after exercise in order to expedite recovery.

Christie is keen to bust this myth. Yes, it’s important that athletes take on protein (and carbohydrates too) but it’s the nutrients themselves that are important, not when you have them. “You can finish your gym workout and wait till your next meal to eat and your body is going to recover just fine,” says Christie.

“Timing is not crucial.” In fact, many nutritionists now believe it’s better for your body to consume that protein over a number of meals, throughout the day.

And what about protein shakes? “Those products can be useful sometimes because they can be convenient,” says Christie, “but they’re in no way superior to normal food.”

Taking ice baths after exercise is a long-standing practice for athletes. The idea is that when your body is cold it shunts the blood to your core, so you’re reducing blood flow to your extremities, thereby reducing inflammation. “But if you think about this a little bit, it doesn’t really make sense,” says Christie, “because if what you’re trying to do is clear out the damage that’s been done and expedite healing, then you actually want blood flow, you don’t want to stop it”.

The evidence now is that ice baths do not improve recovery.
Christie Aschwanden

The evidence now is that ice baths do not improve recovery – and in some cases they might actually blunt the benefits of your workout.

“Inflammation is your friend,” says the writer. “It’s one of the things that helps you become fitter, faster, stronger in response to your training.”

Many of us take supplements to support our body’s recovery and keep us fit. But “taking a multivitamin doesn’t make people healthier,” says Christie. In fact, as well as giving you “expensive pee” they can actually expose you to some potential dangers, because it can be really hard to verify how and where they are being produced – even with the trusted brands. Numerous athletes have failed drugs tests because the legal supplements they were taking were tainted with banned substances like hormones or steroids.

Crucially though, Christie just doesn’t believe supplements work. “It’s really not an effective way of improving your health or improving your nutrition,” she says. “If you’re worried about your diet you should improve your diet, not think that you can take a pill to make everything better.”

“Sleep is the most powerful recovery tool known to science,” says Christie. But tracking it through an app can be more of a hindrance than a help, with many of us becoming obsessed with the data we’re shown. There is now even a word for the Fitbit fans striving for perfectionist sleep – “orthosomniacs”.

“Make sure you’re in bed for enough hours every night. Make it something that’s non-negotiable.”
Christie Aschwanden

Christie doesn’t think the trackers are worthless – they can give a rough estimate of how much we’re sleeping – but instead of outsourcing the job to an app, surely we should be paying attention to our own bodies? If we feel exhausted, then we need more sleep.

“The key here is not to look at your watch to decide how much you’re sleeping but to really make sleep a priority,” she says. “Make sure you’re in bed for enough hours every night. Make it something that’s non-negotiable.”

Researchers have spent a lot of time looking for a “magic metric” – a number that will tell us a person’s recovery status. Many sports watches have an algorithm that will produce a score to this end. But often, says Christie, their figures are wildly off. Numbers will never be more reliable than the messages our bodies are trying to tell us.

Equally, we can’t rely on one number from a single app because recovery is a vast and multifaceted thing: we need enough sleep, nutrition needs to be on par, and we need to have muscle damage under control. We also know that “life stress is a huge factor in how well people recover,” says Christie, and “that’s something that’s hard to measure with a number.”