In Don’t Tell Me the Score this week Simon Mundie meets Caitlyn Jenner, once one of the world’s greatest athletes and now the most famous transgender woman on the planet.

Caitlyn, who was born Bruce Jenner, saw off the Soviet challenge to win decathlon gold at the 1976 Olympic Games in Montreal, smashing the world record in the process. Fame and adulation followed, but gender dysphoria (a mismatch between her biological sex and gender identity) was always bubbling away under the surface and, in 2015, Caitlyn finally came out as a transgender woman.

In the podcast, Caitlyn shares some of the valuable lessons she’s learnt throughout her incredible life – including the importance of being true to yourself, the value of hard work, and why success is all about the challenges you overcome rather than the heights you attain.

Hear it in full on BBC Sounds. 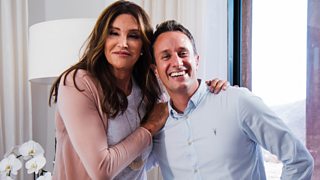 Or watch the interview on iPlayer.

1. Don’t take yourself too seriously

“I love to laugh, I love to look at the fun side of things,” says Caitlyn. “If you don’t have a good sense of humour about life, and about people, and about all the things that go on around you I think it’s a pretty dull life.”

Caitlyn stresses the importance of not taking yourself too seriously. “There’s serious things that I do, but I don’t take myself seriously, and I think that’s important... I think it’s important that we smile, we laugh, we enjoy life.” Life’s short, after all. “We’re here and we’re gone. So, enjoy it.” 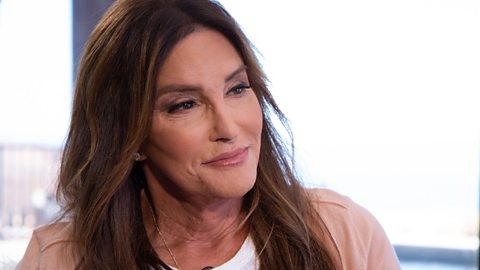 Caitlyn Jenner: I was running away from my issues

Caitlyn felt trapped in her identity after winning gold at the 1976 Olympic Games.

2. As a parent, actions speak louder than words

Success is not measured by heights attained, but by obstacles overcome.
Caitlyn Jenner

Caitlyn’s father was emotionally distant, but a good man with moral standings who worked hard. He was a great role model to Caitlyn and that’s something that she’s tried to give her own children – all ten of them! 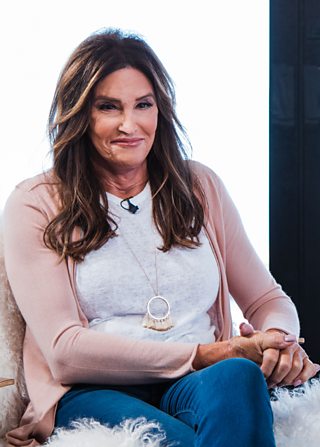 Caitlyn was severely dyslexic as a child, which meant school was a struggle. Alongside that, she was doing battle with gender dysphoria and didn’t feel comfortable in her own body. However, she recognises that these challenges made her who she is today.

“Being dyslexic, gender dysphoric, these kinds of things going on in my life, kind of struggling in school a bit – that’s what made me who I was later on down the line,” says Caitlyn. “It became more important for me personally to succeed at sports, and to work hard at sports, because of all those issues. But I’m glad I had to deal with them. As they say, success is not measured by heights attained, but by obstacles overcome.”

4. Be motivated every morning

When Caitlyn was building up to the ’76 Olympics, she was training for six to eight hours a day, 365 days a year. “I would be highly motivated all the time,” she says.

Although she knew she wasn’t working towards money or a job – it was just a medal at the end of it all – this motivation brought with it a different kind of wealth: “I felt like I was so rich inside because I was so motivated every day, and I thought to myself, I never want to lose that in my life. I never want to wake up in the morning and dread the day.”

There have been dark times since, but she looks back on that period and thinks, “I want to live this day. You only get so many of them.”

Physically, you can’t make yourself a born 100-metres runner, says Caitlyn, “but then there’s the mental side of sport”. This includes “doing the right things, pushing yourself, knowing how to work out, knowing when to go hard,” and “knowing when to rest”. And then when you enter into the competition itself, it’s coming up with the performance of a lifetime when it’s needed. For this reason, she says, “I considered the competition 80% a mental challenge, 20% a physical challenge.”

6. Be true to yourself

Caitlyn made the decision to transition and has been openly living life as a trans woman for five years now. “First thing you have to do is be true to yourself,” she declares. Ultimately, her life today is so much simpler. It takes her longer to get ready in the morning, and she has to travel with two bags instead of one, but she doesn’t have to sneak around anymore.

“Having the ability to just wake up in the morning and be yourself all day long – not that many people can do that or say that. It’s the most important thing that I’ve gotten out of all of this.”

7. Anything you want you have to work for

My life is so much better today because I’m honest with myself and I’ve taken care of myself.
Caitlyn Jenner

Caitlyn recognises that she has “always had privilege” – she was male for a long time, white, and came from a middle-class family. She had the chance to grow up and be what she wanted to be: “I took that privilege and ran with it, literally. But everything I’ve gotten in my life, I’ve worked for.” “And I beat this into my kids’ heads,’ she continues: ‘Nobody’s going to give you anything – anything you want in life you have to work for.” It’s about waking up every morning and thinking, what can I accomplish today?

8. Take care of yourself first

It hasn’t been easy. Since transitioning, she has faced opposition from inside and outside the trans community, but despite a new set of circumstances to deal with, different to those she faced five years ago, “the bottom line is my life is so much better today because I’m honest with myself and I’ve taken care of myself,” she says. “That’s the most basic thing, and that’s the most important thing.”