As the author of the internationally renowned Jack Reacher series, Lee Child knows a thing or two about grabbing the reader’s attention. Here are some of his top tips for all you aspiring writers out there. 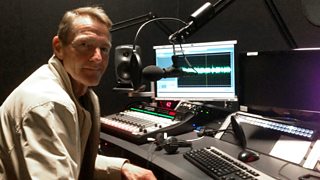 “I try to do about 1,500 in a day. That is comfortable for me. It’s a lot less than some people do. If I’m pushing it, which I usually am, 2,000, because by the time you get close to the deadline you’ve frittered a lot of time away and done other things, so I’m usually in a bit of a rush.”

2. The only qualification you need to be a writer is to be a reader

“You’ve got to have read thousands of books and then you internalise that rhythm. You internalise the grammar of cliff hangers and pace and so on. I just start at the beginning, make it up and somehow get to the end.”

4. Don’t fall in love with your characters

“At that point writers start to get defensive and feel a bit inhibited about putting in the bad stuff and negative characteristics. When I started writing, I always made sure I kept Reacher slightly at arm’s length. Ideally, I want me to like him a little less than you’re going to like him and that keeps him fresh. It keeps him honest, warts and all. It turns him into a real person, rather than a cartoon character.”

5. The beginning of the story is crucial

“If you’re ever going to submit a book for publication, obviously some people start reading it. So, the first line, the first paragraph, the first page has got to be utterly compelling. If you can do that, then you’re home and dry because that’s what people want. They want a book where they pick it up and they’re instantly hooked.”

“My honest answer is ignore advice because it’s got to be your product. It’s got to be an organic product with a vital, vivid integrity of its own and you’ll never get that if you’re worried about what other people are telling you to do.”