A Walk in the Park - BRONZE WINNER 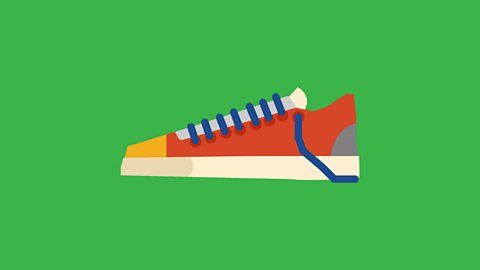 A Walk in the Park by Beth Helliwell

Read by Christopher Harper from the BBC Radio Drama Company.

The wind ripped at Charlie's clothes like icy daggers. As he walked home from school in the rain, his mother's words replayed through his head. 'Be careful in the park tonight, you know people have gone missing in there before.' With the stealth of a burglar, Charlie slid open the jagged gate and entered the park. He gazed around at the familiar scenery: the ancient willow tree with its threatening branches overshadowing the steep ditch beneath it, the age-old swings, the jagged-edged slide and the splintered bench next to the always-busy road. He listened to a car whiz by with its radio blaring. He could only catch a few words but what he did hear chilled him to the bone. 'Pale... girl... murderer...'.

Charlie decided to continue home but, just as he was turning towards the exit, he heard a faint, 'Heeeeelp'. It was no more than a whisper on the stinging wind. Charlie scanned the park to see if there was anyone there. But he saw no one.

'Heeelp.' There it was again, coming from the steep ditch. He crept over as quietly as a black cat, crouched down and peered in. There, lying curled up in the mud at the bottom, was a girl as pale as the new moon on a misty night. Her white hair lay over her ghost-like face. Mud was splattered across the paper-thin skin on her legs. Her blue and grey school uniform was tatty and ripped. The hand that Charlie could see was stretched upwards in a desperate plea.

Because of the rain, Charlie couldn't climb down to help her so he stood up and hurried away searching for something, anything, that he could use to reach her. Instead, he saw keen lights on the footpath, like glaring search-beams. They were car head lights.

'What is a car doing in the park?' Charlie thought aloud as a grimy, white van lurched unsteadily into view. The man inside was muscly and had a gruesome scar running down his cheek. The cobweb tattooed on his neck bulged with veins. The man's grim, menacing eyes pierced Charlie. Rusty red stains covered the T-shirt he was wearing. He was shouting and brandishing a baseball bat.

Charlie was frozen with fear. The man bellowed a terrible cry and the van rattled forwards, but not towards him, towards the ditch. Charlie had to save the girl from the monstrous man. In desperation, Charlie sprinted back to the ditch. He threw himself on the ground and thrust his hand down towards the girl as far as he could reach. He prayed that his arm would stretch far enough into the dark to rescue her. With relief, he felt her fingertips touch his. Suddenly, the girl grasped his hand with a grip like icy steel.

A flash of silver and it all