When Robert Mugabe was deposed last year, he had ruled Zimbabwe for nearly four decades. So just how do dictators and authoritarians stay in power for so long? In Radio 4's Analysis, James Tilley, a professor of politics at Oxford University, finds out what's in the dictators' survival guide. How do they control ordinary people and stop revolts? How do they stop rivals from taking over? And how do they manipulate apparently democratic procedures like elections to secure their rule?

Late in 2017 the news was dominated by the forced resignation of Robert Mugabe, the longstanding ruler of Zimbabwe. Most of the coverage focused on why he was forced out, but there was less attention paid to the reasons why he had clung on to power for 37 years.

About half of all countries are ruled by someone who is not democratically elected: people we might call dictators. The answer to why so many of these leaders stay in power for so long is that most have a series of complementary strategies - a "dictator's survival guide" - that over time entrench their rule.

Unfortunately for ordinary people, the first chapter in any dictator's survival guide is about controlling the population. We might assume this means violent repression - torturing and killing people - but there are other, more subtle, forms of repression that limit the population's ability to mobilise against the government. 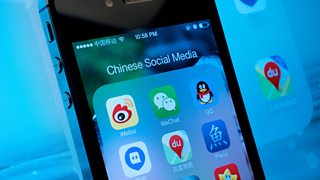 In today's world this often means controlling the internet. Indeed, as Professor Anita Gohdes at the University of Zurich argues, we should not be fooled by talk of Twitter revolutions.

It is often the government that benefits from a presence in the virtual world.

The Chinese government has developed this into a special art-form:

"I don't think any country in the world has the manpower that China has to control and filter what is happening on the internet. China is a very interesting case of a state that is using a very responsive form of censorship. During times when there is more unrest the government is more likely to use heightened forms of censorship."

Yet few dictators are actually toppled by popular unrest. The second chapter in any dictator's survival guide is not about repressing the masses, but controlling a tiny elite. For a dictator to survive these potential rivals within the elite must be kept happy. Bruce Bueno de Mesquita, is a professor of politics at New York University:

By allowing them to be corrupt you induce them to be loyal because they are getting rich. And if they should be suspected of not being loyal... then you accuse them of corruption.

"If we think about North Korea, the essential group are the generals, a few family members and senior civil servants, especially those who run the flow of money, and that's somewhere between a dozen and a hundred people."

And the loyalty of these potential rivals can be bought. This means diverting money from taxes or from the sale of oil - money that might otherwise be spent on public services like hospitals - to reward the select few with car collections and palaces.

According to Bruce Bueno de Mesquita, corruption can be used to buy rivals, but it has another advantage for the dictator:

"Corruption is a beautiful structure in a system that depends on very few people. On the one hand, by allowing them to be corrupt you induce them to be loyal because they are getting rich. And if they should be suspected of not being loyal... then you accuse them of corruption."

Dictators have an additional strategy that combines managing their rivals and their population. The third chapter in the survival guide is, somewhat surprisingly, called "elections". Most countries now have elections, but dictators usually rig them. Today, election rigging is more sophisticated than simply stuffing ballot boxes. Dr Brian Klaas is a research fellow at the London School of Economics: 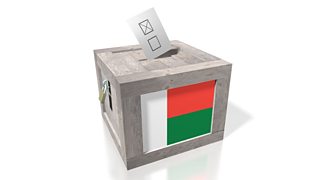 "A significant number of elections have dictators disqualify their main rival through a procedural mechanism. A good example is Madagascar's 2006 elections when the opposition candidate needed to register in person (he was an exile abroad) and every time he tried to fly back the president closed the airports about ten minutes before he wanted to land."

Why hold these sham elections? Jennifer Gandhi, a professor of political science at Emory University, argues that they often provide information to regimes about where their supporters and opponents live. But most importantly:

"Marshalling an impressive vote total is designed to show to others, both within the population but also elites within the regime that any resistance is futile. It's a way of signalling strength, that belonging to the regime is the only game in town."

Incentives to stay in power

So far, the dictators' survival guide seems to imply that staying in power is not so difficult. Monitor and control the population, pay off a small number of influential people and use elections to demonstrate their power. And to some extent that's true. Once dictators have ruled for a few years and mastered these levers of power they become very difficult to dislodge.

Since 1960 in Africa, more than a third of African presidents who lost power were either jailed, exiled or killed.

Moreover, there are very strong disincentives for dictators to choose to stand down, as Brian Klass points out:

"Dictators face real risks to retirement. Since 1960 in Africa, more than a third of African presidents who lost power were either jailed, exiled or killed. Losing power will open up an entirely unpredictable situation in which their rivals will be able to enact revenge."

In general, most dictators cling on to the bitter end. And who wouldn't, given some of those possible alternatives? This means that any survival guide for dictators should have a chapter that advocates a good diet and plenty of exercise. Why? Because according to Bruce Bueno de Mesquita, there is one particular set of circumstances in which that carefully constructed set of loyalties within the government is likely to collapse:

"The problem that any dictator has in staying in power if they have been there a very long time, is that they either are believed to have a terminal illness, or they have the terminal illness that we all have - they are very old."

This, he argues, is exactly what happened in Zimbabwe:

"Mugabe's problem in Zimbabwe was being in his 90s. Eventually people understood that they couldn’t count on him to keep paying them in the future. And they saw that he was lining up his wife to be his successor, and of course they wanted to be the successor."

Until senility or illness claims them, we should not underestimate dictators' drive to cling on to power. And it's that fight for survival which explains why dictators behave the way they do. It's also that fight that defines, and often destroys, the lives of the people they rule.

James Tilley is a Professor of Politics at the University of Oxford and a Fellow of Jesus College, Oxford. He presents Analysis: The Dictator's Survival Guide on BBC Radio 4 at 20:30 GMT on Monday 26 February, repeated 21:30 on Sunday 4 March.