Twice-nominated for the Turner Prize, the Irish-American abstract artist Sean Scully forged his career with bold blocks of colour. After a hugely successful 2015 exhibition in China, Scully is returning to the country with a new collection, Resistance and Persistence. WILLIAM COOK catches up with the artist to talk about art, China, his former student Ai Weiwei, and a troubled childhood. 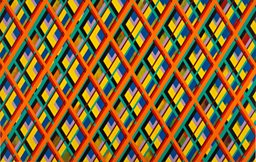 What was the number one show in China last year? According to the Beijing News, it was Follow the Heart – The Art of Sean Scully.

Scully’s first Chinese show took Beijing and Shanghai by storm in 2015, and now he’s returning to China, with a new show called Resistance and Persistence.

What is it about Scully which makes him so big in China? The day before he left for Nanjing, I caught up with him in London, to ask him about his life and work.

‘I paint something that’s very definite and habitual – it’s always made out of lines and bars and bands and blocks,’ says Scully, over coffee at his Mayfair gallery.

Like Rothko, he finds a huge range within this simple format. His geometric paintings seem like endless variations on a single theme.

‘I keep a very open mind about how it’s going to turn out in the end. I work the paint until I get something that moves me, or that I haven’t seen before.’

Scully is a big man, with the bearlike gait of a fairground wrestler. Despite his white hair and bald pate, he seems a lot younger than 70.

He’s affable and likeable, with a childlike enthusiasm for the world around him, but he carries a hint of menace, like a character in a Pinter play. If you saw him in a bar, you wouldn’t mess with him. His pale blue eyes pin you to the wall.

‘The guy who made the exhibition, Philip Dodd, told me I had a big following in China, which I didn’t understand!’ says Scully, recalling his first trip there last year.

Personally, I think it may be because his abstract art doesn’t ruffle any feathers, but Scully refutes my notion that his art is a safe space in a repressive society.

‘The Chinese are not that repressed,’ he says. ‘I went on national TV – I had three hundred million people watching – and they never said anything to me about what to say or what not to say.’

I’m sure that’s true, but I’m still not convinced about the broader picture.

However I’ve never been to China. What do I know? One thing that’s indisputable is the enormity of China’s emerging art scene.

‘They’ve got more galleries in Beijing, in their gallery district, than there are in Chelsea in New York!’ 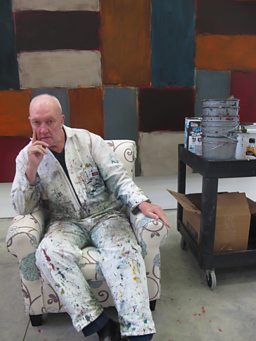 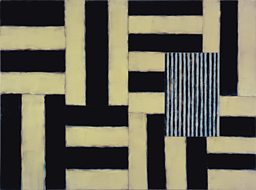 Meantime, one of his Chinese protégés has become a superstar in the UK.

What’s that all about, I ask him? ‘It’s about differences in culture and the differences of history,’ he says.

Me, I think it’s because Ai Weiwei engages with politics, which we relish here in Britain, whereas Scully works on a more abstruse plane.

Sean Scully was born in Dublin in 1945. His family moved to London when he was four.

‘I lived in this raucous house on Highbury Hill,’ he recalls. ‘There was a lot of theatricality, a lot of colourful people.’

Their next door neighbour, with whom they shared a bathroom, was a transvestite comedian. His uncle was a boxer who got knocked out every time he fought.

London galleries like the Tate were unknown territory. ‘It was a working class immigrant family – we hadn’t got to that point.’

His artistic influences were more parochial. ‘My granny used to buy fake stained glass window paper and stick it up on the windows.’ He was similarly inspired by the Stations of the Cross in his local Catholic church.

His cultural highlight was watching Punch & Judy shows on Hampstead Heath. ‘I loved the costumes.’

Is it too fanciful to compare his stripy paintings to Mr Punch’s stripy booth?

Sean’s childhood was full of incident, but his home life wasn’t happy. His parents fought like cat and dog. ‘It required you to make a separate universe to survive it.’ 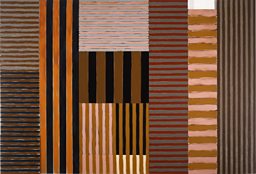 Sean survived, but at a cost. He wet the bed until he was twenty but this determination to escape eventually led him into art.

I was in a street gang. I was a fighter and a criminal, but I got interested in books
Sean Scully

After he left school, Sean drifted. ‘I was in a street gang. I was a fighter and a criminal, but I got interested in books.’

Attending evening classes gave him a yearning to go to art school. Turned down by every art school in London, he finally won a place at Croydon College of Art.

‘I really felt that my life had been saved, and I never wasted a single moment.’ He fell in love with Francis Bacon and German Expressionism. ‘Everything lit up.’

Sean took a first class degree at Newcastle University and then travelled to America on a Frank Knox Fellowship.

After a residency at Harvard and a professorship at Princeton, in 1983 he became an American citizen.

It seemed as if nothing could go wrong, but that year his son Paul died in a car accident. He was eighteen.

‘From 1983, you can see that someone came in and kind of, metaphorically speaking, dimmed the lights in my paintings. They went dark and they stayed that way for a long time.’

He now has young son with his second wife, a Swiss painter, and his art has become more optimistic. ‘My palette has lightened and I’m allowing certain colours to come in that I didn’t allow before.’

With studios in New York and Berlin, Sean Scully is now a truly global artist. No wonder the Chinese ‘get’ him. He’s a citizen of the world.

It hardly seems sufficient to describe him as Anglo-Irish anymore, but funnily enough, whenever I see one of his stripy paintings, I’m reminded, more than anything, of the Punch & Judy man on Hampstead Heath. 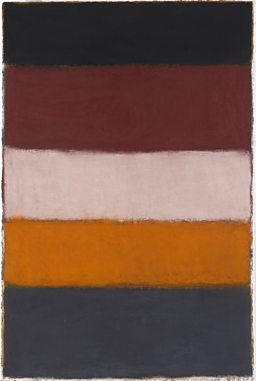 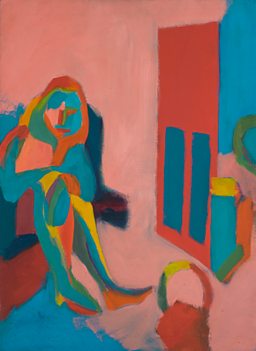 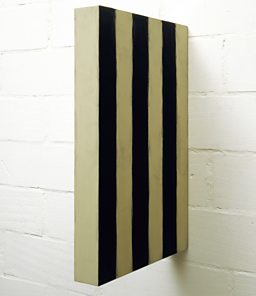 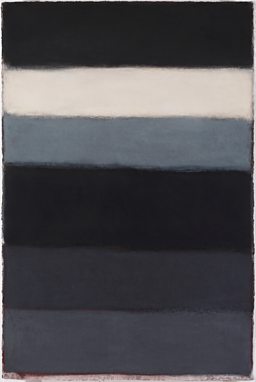 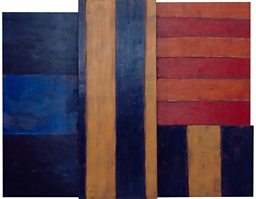 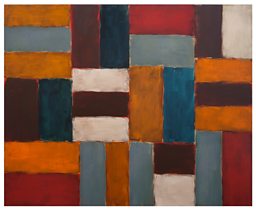 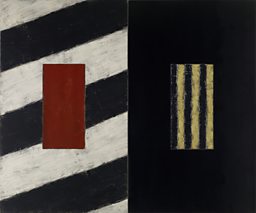 Sean Scully’s Resistance & Persistence is at Art Museum of the Nanjing University of the Arts from 8 April to 8 May 2016, at Guangdong Museum of Art, Guangzhou from 6 September to 9 October 2016, and at the Hubei Museum of Art, Wuhan from 10 January to 12 March 2017.