Greg James: "We’re all going to die at some point, so it’s every man for himself!" 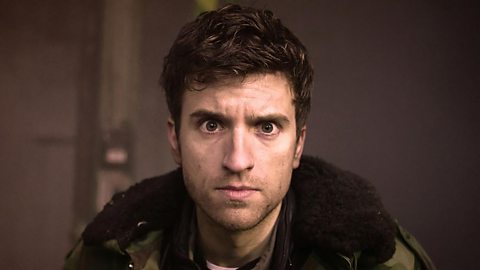 Host Greg James explains the origins of the virus that started the zombie outbreak.

Greg James is a Radio 1 DJ and the host of I Survived a Zombie Apocalypse. Here, he reveals how he became the ‘last surviving broadcaster’ in the show and the three radio presenters he’d want in his gang should an outbreak of the living dead really occur... 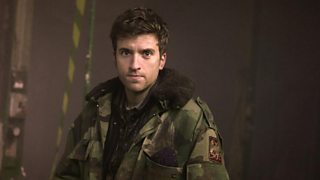 Greg James: not as tough as his mum!

You’ve got zombies banging on the window, while people are worrying about the food they’ve dropped!
Greg James

Congratulations on being the last broadcaster to survive the zombie apocalypse… how did that happen!?

In my head, when I’m in the apocalypse, I’m thinking that I, like Liam Neeson, have a particular set of skills to get through this, but in reality I’ve just fluked the whole thing.

Fans of mine will be very pleased, but people will who hate me will be like; ‘oh my god I’m gonna kill myself if he’s the only presenter left – the broadcasting industry will be in disarray…’ but that’s fine – I’m happy to be the last surviving presenter!

In real life, what skills would you employ to survive?

I feel like I would be absolutely terrible in this sort of situation. I would panic and become really selfish and not want to help anyone – we’re all going to die at some point, so it’s every man for himself!

Your parents have both seen the show - who do you think would be best at surviving an apocalypse, you or your mum?

My mum! She is a very tough lady, with a soft exterior. She’s a wonderful woman; she’s resourceful and she’d keep me and my dad (who’s a worrier like I am) calm. She’d go for it – she’d be fine.

Of the ten survivors we’ve met so far, are there any you’ve enjoyed watching?

I think Jonas is great and I really love Thom. I think that, looking at Twitter, he’s the character that everyone’s been like, ‘oh my god, who is this guy?’ These shows are amazing because you immediately, as a human, try and find a connection with one of the contestants, so most people would be like, this guy Thom is either amazing or really annoying – you find your favourites straight away.

As the series goes on you really get involved with these characters, and when they die, it’s really interesting to see the reactions from the rest of the group – they really grieve. They take it so seriously, and that’s part of the humour of it. They buy into the whole world.

And when Luke died they were sad, but the were also really excited about the chocolate biscuits!

That’s the thing! There’s a brilliant juxtaposition of this very frightening, creepy world - you've got mad people and zombies! But also, the things they say are genuinely funny and, in context, completely stupid – you’ve got zombies banging on the window, while people are worrying about the food they’ve dropped! You get a glimpse into what people would be like in a real emergency situation.

All I can tell you is that we have a ‘super zombie’ called the 'Abomination' and he’s a pretty big deal. He causes quite a lot of havoc and it’s a very funny episode – to see the contestants’ faces is wonderful.

Imagine there’s an apocalypse – you’re presenting a live show on Radio 1 and you can save three of your fellow presenters. Who would you choose?

I would pick Yasmin Evans from Radio 1Extra because she came to Uganda [for Comic Relief] with me. She was a great travel buddy and we really bonded. I think she’d be good in a crisis because we were in quite hairy situations in Uganda and we stuck together. And apparently she’s a really good cook too!

I’d pick Zane Lowe because he’s tough and I’d also pick Scott Mills because we just make each other laugh a lot. He’d be light relief!

He could bring his Strictly Come Dancing crab costume!

Yeah - he must be dressed as a crab. A zombie crab!