Why do people think politicians are dishonest?

People enter politics with good intentions says a former MSP, but compromise and public perception of their duties can lead to accusations of dishonesty.

"From my experience across all political parties, the vast majority of politicians are honest, decent people," according to Kezia Dugdale, a former MSP and leader of the Scottish Labour Party.

"People from all walks of life are [...] putting themselves at the forefront of their communities and saying, ‘Back me to make our lives, our community, the country a better place’. That’s a pretty noble thing to do."

But members of the public can often have a problem putting their faith in politicians, questioning their trustworthiness and doubting whether promises made are likely to be upheld.

The issue is explored on Life Cycle, in an episode examining honesty, from the impact it can have on mental health to the question of whether it is always the best policy to tell the truth. 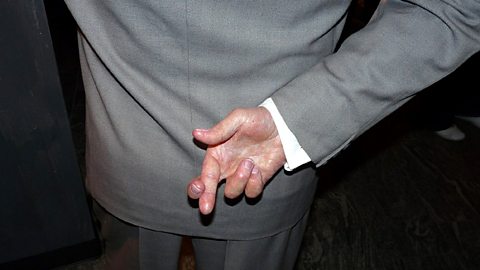 Do politicians have a problem with honesty?

Kezia Dugdale reveals how confusion around roles can lead to accusations of dishonesty.

The truth is something politicians are accused of not being familiar with, but Dugdale feels this is unfair. 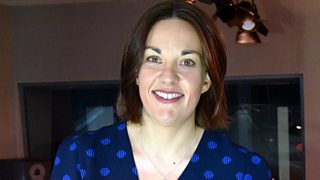 She cites a survey which asked both politicians and the public what they thought the role of politicians was.

"About 80% of politicians said, 'We’re here to apply our judgement in the best interest of the people we represent," says Dugdale. "63% of the public said “We send our politicians to represent what we think'".

She says that further problems occur when politicians enter parliament and realise the difficulties of keeping election promises.

"Whether that’s having the numbers to vote your ideas through or whether it’s suddenly discovering the thing that you said would cost £10m actually costs £100m.

"If you’re going to keep that promise it means you’ve got to break another one over here, or you’ve got to find another 90 million quid and that means putting taxes up [and] you said you wouldn’t put taxes up.

"That’s where the questions around honesty start to get more difficult."