While restrictions on movement have completely disrupted how the arts operates, the desire of artist to create and perform has not diminished. We look at some brilliant examples below.

Theatres, cinema. art galleries are among the spaces forced to close due to Covid-19 | Image Sue Smith / Alamy

At home with classical musicians

On Front Row on Tuesday Samira Ahmed was joined by music Anna Picard, Deborah Annetts of the Incorporated Society of Musicians, and pianist Stephen Hough to talk about how musicians were coping in the face of income loss from cancelled concerts. Listeners were also treated to live performance by Hough (which you can, of course, listen to on BBC Sounds).

Picard said: "It's an extraordinary amount actually [of live streaming music across online platforms] and if I was trying to come up with a list this evening, and actually it would probably be quicker if you simply typed into a search engine your favourite orchestra, or your favourite opera company or favourite soloist and you will probably find that they are live streaming something."

Just one example would be the work of the BBC Scottish Symphony Orchestra. As well as their many concerts available to stream on their YouTube channel, their performers are also regularly cropping up on their Facebook page as well as their Twitter account with wonderful performances.

A virtual and rather sunny 'wander'! Multiple musical notesSun with face #BBCSSO Principal Viola @ScottD_77 & Section Principal (1st Violins) David Routledge play music by #Schubert, in which a young man sings of the #joy he feels when he is wandering outdoors Herb #MusicLiftsTheSpirit #CoronavirusLockdownUK

Theatre for the age of emojis

Theatre director Emma Callander joined John Wilson on Front Row last week to talk about Bubble, which is available to stream for a limited period on Facebook.

This really wasn’t something so different for us, we often rehearse over Skype
Emma Callander

The Kieran Hurley penned piece features actors from different universities across Europe who filmed themselves on their phones before having their performances edited together.

Callander said: “This really wasn’t something so different for us, we often rehearse over Skype and each student performer rehearsed over video call and then had the creative freedom to go into the world and choose locations. They then sent different takes of their performances which we edited.”

BUBBLE IS LIVE AT 8PM TONIGHT Join us on our Facebook page at 8pm GMT tonight to watch Bubble by @kieran_hurley , a play about freedom of speech and online debate. Connect, talk and share your thoughts live - sign up for a reminder on our pinned post: https://facebook.com/TheatreUncut/

He revealed it was a call from Dame Esther Rantzen which inspired him to launch this ambitious new project to bring the nation together under his metaphorical baton.

Malone admitted that it's a big challenge to create a virtual choir from amateurs and professionals at a time when we are all being told to keep our distance from each other.

But he's determined to raise people's spirits. He said: "We’re going to do fun uplifting songs that also take into account what people are going through. People want to be made to feel good, but it has to be something heartfelt.

I want this to be a whole raft of songs and movement and to get involved with lots of other groups."

What a brilliant idea. If you can hold a tune (or attempt to), or you have instruments going dusty at home, @GarethMalone would love you to be part of his virtual choir!

SoundCloud as a stage

According to Rotten Tomatoes, Samuel West has endeared himself to "many a listener with his deep, mellifluous voice". 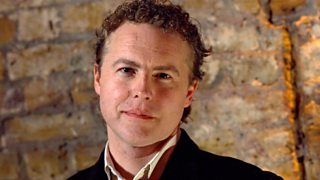 With theatre curtains drawn up and down the country, the celebrated actor and director has gone on the mission of recording himself reading multiple poems a day and posting them online.

Check out West's SoundCloud page for readings from a diverse range of poets so far including pieces by Philip Larkin, Spike Milligan, Mary Oliver and Julia Donaldson.

I heard it was an emergency, so I emerged. As an actor, I can’t do much without face to face contact. But I can read verse. If me reading a particular poem would make you happy, let me know and I’ll post it on @SoundCloud . I’ll try and do at least one a day x

While many artistic institutions around the world have significant digital offerings that the public can engage with the doors are shut, it's also worth noting how existing social media accounts are adapting to the virus.

Acclaimed critic, author and speaker Alice Rawsthorn for example, who usually uses design as a vehicle to talk about "the material pleasures and strangeness of the world", has been posting recently the role of design during a pandemic.

Design in a Pandemic | 1. As well as ensuring that scientific and medical initiatives to tackle Covid-19 are delivered efficiently, design can help by developing more modest, yet very useful interventions such as local networks of community aid volunteers.