The Boy Who Wished to Be A Girl 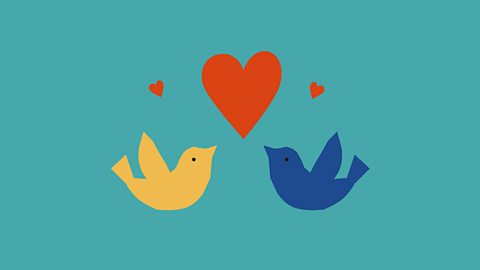 Read by Debbie Korley from the BBC Radio Drama Company.

"Louis! Get down here for breakfast before your..."

"Coming dad," Louis hated it when his dad screamed up to his room demanding him to come down and live his life in the sorrow of his dysfunctional family. All his life he had believed that something had gone wrong, not mentally, but physically he felt, deep down inside him, he had been born with the wrong name.

When he reached the bottom of the stairs, his dad proclaimed that the weekly shop was in order, only a short while later the car pulled up at his dad's favourite town market: Greenfield's. He hoped this time, that his dad would at least let him admire the yellow dress that hung down off the rack like a princess dress worn so elegantly at the prince's ball.

The hours of the day seemed to pass as dusk creeped closer, concealed by the lasting summer light. Louis felt most safe at night; it was the only time he felt his female emotions could overwhelm him and he and his body can cooperate to make Louis, Louise. He longed for a time were his dad would listen and accept him, for how he, himself felt, a girl, a girl who was once a boy.

He lay in his bed, staring, listening, thinking.

Sleep overtook him allowing his inner thoughts and dreams to take control and merge once more creating a figure, a figure to change the way he saw himself. "Come closer Louise" it looked out, smiling. A lady, it was, short dark hair flowing happily in the gentle breeze that surrounded the isolated room , blank with personality, blank with life. Louise walked forward, curious about what story she may bring.

My name is Millo Castro Zaldarriaga. I am the first female drummer of my island."

"Who...Why..What are you doing in my dream, sorry, Miss Zaldarriaga?" asked a bewildered and dazzled Louise to this inspiring woman who stood, so free-willed, before her. Her last words barely escaped her lips before she faded away, "Don't be afraid to believe in who you are."

Again, a woman, broad and strong, beyond her, gave the energy of a powerful and courageous woman. "I am Mary Kom, female boxer. I saved the money I won, for my family to put food on the table." She began to fade just as the last lady before she whispered her parting words. "And no matter how much they tease and laugh, fight for you."she paused and Louise was left alone. Alone.

She woke with a smile and new attitude to shedding light to her, in the dark, dad. "Louis! Come down for..."began his dad.

"Oh. OK then, Louise." murmured her dad, correcting himself.

She felt a new confidence that morning, one she had never known before.

She went on to tell the world her story and the stories of amazing women, past and present.