Matters of the heart: Where does the ❤ symbol come from?

While many will be pondering the mysteries of the heart this Valentine's Day, JOHN O’ROURKE tackles a more unromantic question about our beating tickers: where on earth did our universally recognised heart shape stem from?

When Sting sang about the Shape of My Heart or Kurt Cobain fulminated about a Heart-Shaped Box, music fans around the world could instantly visualise what the singers had in mind (though Courtney Love may have added an anatomical interpretation no one asked for).

The origins of this simple shape have mystified scholars and academics for generations. The hearts that beat in all of our chests bear only a passing resemblance to this simple apple-like form that graces Valentine's Day cards the world over.

For such a sine qua non of Western culture, we know remarkably little about its entry into our cultural tradition. While billions will instantly interpret Milton Glaser's iconic 'I ❤ NY' as a profession of love for the Big Apple, the Ancient Greeks would more than likely have been baffled by its use in this way. 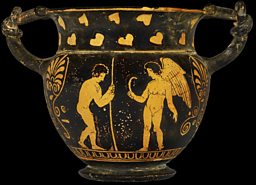 "You see this shape on thousands of extant items of Ancient Greek pottery, but the heart symbol as we see it today is a medieval or renaissance invention," says Prof Peter Stewart, the head of Oxford University’s Classical Art Research Centre, who encounters this most simple design on a daily basis.

On a vessel like this Athenian skyphos cup from the Getty Museum’s collection, fashioned in Athens in the late 5th century BC, the heart-shaped motif is very common.

Prof Stewart says: "What we always see is an abstract version of a leaf – in particular it’s normally understood to be an ivy leaf, though in a somewhat sketchy rendering. A lot of the imagery is associated with Dionysus, the god of wine. The vases on which we find these motifs are often designed for drinking wine, notionally for a symposium."

But is there any way to link this tradition with our own concept of the love heart? Could it also have links with fertility for example? "Unfortunately there isn’t really any link with fertility – the trouble is that you can link any Greek deity with fertility," says Stewart. 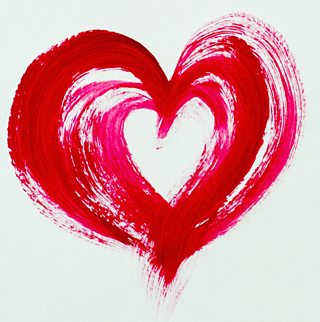 Instead Stewart sees the prominence of this particular shape in popular culture today to be the result of its aesthetically pleasing outline.

"We see time and time again that images that are supposed to represent something in real life are reduced to a very pleasing abstract form. It’s an easy shape to draw, but one that evokes real life things. It’s partly organic and partly geometric."

But this doesn’t really help pinpoint exactly when the tradition of this shape became associated with the idea of the heart.

One of the more obvious avenues of enquiry is religious iconography, but the convention of devotion to the Sacred Heart of Jesus only dates back as far as St Margaret Mary Alacoque in the 17th century.

Religious iconography may have appropriated the imagery of the heart – the 15th century painting of Catherine of Siena is an obvious example, but it may not be the starting point.

You see this shape on thousands of items of Ancient Greek pottery, but the heart symbol as we see it today is a medieval or renaissance invention
Prof Peter Stewart, Oxford University 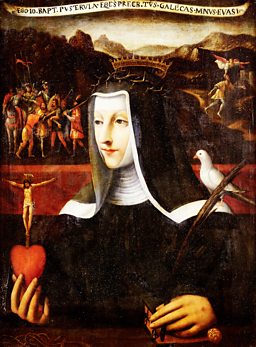 French court cards with Charlemaigne as King, Judith as Queen and Lahire as Jack. c.1813 | Photo by Culture Club/Getty Images

A relatively early, but secure, example of the shape's use as a cypher for the heart is that everyday household item, the pack of cards. The four suits we have in use today first emerged in 15th-century France, but it is believed that it evolved from an earlier German system, where the four suits were leaves, acorns, bells and hearts.

The hearts have a special primacy in the hierarchy of the suits
Naomi Lebens, Courthauld Institute

Naomi Lebens, of the Courthauld Institute, attributes that standardisation to a medieval follower of Joan of Arc. She says: "It's only a legend of course, but many people recognise Étienne de Vignolles, popularly known as La Hire, as the man who introduced the four suits we have today."

La Hire was one of France’s leading generals in the 100 Years War and is frequently cited as a model for the Jack of Hearts on modern playing cards.

"Each of the four suits had different connotations and was linked to different social classes in early modern France," says Lebens. "The spades were similar to the point of a lance and were thus linked with the aristocratic members of the military.

"Diamonds were more like weaponry used by professional soldiers further down the social orders, while clubs resembled clovers, a motif linked to the peasants. But hearts were always associated with the clergy and their ‘pure-at-heart’ motivations. Ever since, the hearts have had a special primacy in the hierarchy of the suits.” 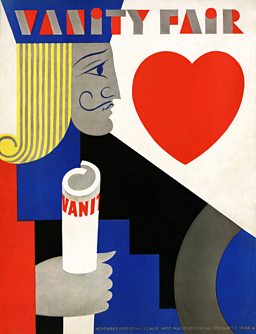 But can this help us unravel the origins of when this shape first became linked with affairs of the heart? Lebens says: "There are no hard and fast rules when it comes to this kind of thing, I'm afraid. In this world, things aren’t always what they seem. Whenever you're playing a game of cards, you automatically become duplicitous as the game necessitates that you conceal your hand." 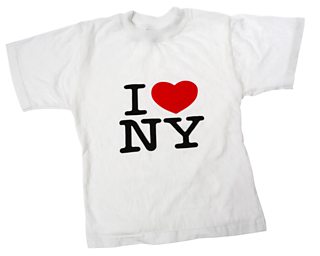 And so the originator of the world’s first emoji still remains shrouded in secrecy with their hand concealed. As the symbol remains cherished throughout the world, designer Milton Glaser explained the popularity of 'I ❤ NY' to BBC Radio 4’s Alasdair Sooke in 2011:

"What moves the brain is the creation of puzzles. So here's a little puzzle that everybody actually who looks at this has to figure it out. To understand it, your brain has to translate the three elements. The heart in particular is a symbol for experience.

"This is something that you look at and your first response is 'I don’t get it' but then it's 'Oh, oh, that’s what it is'. That sense of satisfaction is key to why some people respond to certain things and not to others."

Some people respond to the heart, and some people don’t – but one thing’s for sure: you’ll never escape this symbol each year on 14 February.

A version of this article was originally published on 14 February 2015. 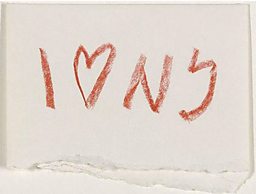 Milton Glaser's original sketch for I Love NY, done in the back of a New York cab