Ten of the best Reith Lectures

What makes a great BBC Reith lecture? It is difficult to pin down precisely, but at its core there must be ideas. What makes the Reith lectures so distinctive is that they allow one person the opportunity, time and space to discuss and develop ideas in a way which, in today’s media landscape, is very rarely done. Some lectures, like Hilary Mantel’s, are shaped and beautifully crafted with exquisite prose. Others rely on story-telling. But what they all share are interesting ideas.

Here then are ten of my personal favourites (presented in no particular order):

Grayson Perry at his wonderfully charismatic best argues that art can no longer shock us – we’ve seen it all before.

This lecture – the third in his 2013 series Playing to the Gallery – was recorded in Londonderry/Derry where the artist received a rock-star welcome. Listen to the lecture

2. Hilary Mantel: The Day is for the Living

Hilary Mantel’s lectures are just stunning. Beautifully written, they are full of ideas, context and surprises. 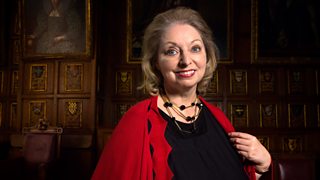 This first lecture in her series was recorded in Manchester and the Q&A session which follows highlights Mantel’s wicked sense of humour. Listen to the lecture

3. Atul Gawande: The Century of the System

This is the second lecture in the surgeon’s series about the future of medicine. Here he tells the story of a child who appears to have drowned until the expert team of medics in a remote Austrian hospital try to save her life. Captivating stuff. Listen to the lecture

What was it like to head up the security services in the aftermath of 9/11? How did the former MI5 director try to deal with the London bombings of July 2005 and the fallout? This is a classic insider’s account from Eliza Manningham-Buller. Listen to the lecture

In this lecture, the Harvard professor Michael Sandel considers the expansion of markets and how we should determine their moral limits. Listen to the lecture

The series was very timely as it was recorded just after the 2008 financial crash.

As Appiah reminds us, “Race is something we make, not something which makes us.”

Here he tells the story of Anton Wilhelm Amo Afer. He was five years old when he was brought from the Gold Coast to Germany in 1707, educated at a royal court and became an eminent philosopher. Listen to the lecture

This lecture with an attention-grabbing title is the third of gerontologist Tom Kirkwood’s series on the subject of ageing. It’s a fascinating account about how sex can determine outcomes, with a detailed biological background to the process of ageing. Listen to the lecture

8. Margaret MacMillan: Fearing and Loving – Making Sense of the Warrior

This is the second lecture in the Canadian historian’s series about the relationship between war and humanity and looks at the role of the soldier. Listen to the lecture

“We are both fascinated and repulsed by war and those who fight," Margaret MacMillan says. Her series illustrates her huge depth and range of knowledge.

Fearing and Loving: Making Sense of the Warrior is the second lecture in Margaret MacMillan's series.

9. Daniel Barenboim: In the Beginning was Sound

The pianist and conductor Daniel Barenboim explores our relationship with music in this series from 2006.

Why is music so powerful and why does it bring so many of us together? A surprisingly short lecture, the Q&A more than made up for it, showcasing Barenboim’s intellect and wit. Listen to the lecture

10. Vilayanur S Ramachandran: Synapses and the Self

In this lecture, the neuroscientist explores how we “see” and what that means for our consciousness. How do we become consciously aware of things? Seriously smart and illuminating. Listen to the lecture

More from The Reith Lectures