How do you take an outdoor religious celebration indoors? 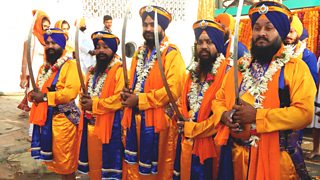 Vaisakhi is a major Sikh religious festival which takes place in mid-April each year and is celebrated under different names throughout the Subcontinent and South East Asia: it’s the Hindu solar new year; it’s a public holiday in Sri Lanka, Bangladesh, Thailand, Myanmar and Cambodia; and it’s the spring harvest festival for many millions of people.

Vaisakhi is also the most important date in the Sikh calendar and a time when Sikhs would usually come together to honour their faith.

But this year Covid-19 poses a special challenge, says Rajeev Gupta, because Vaisakhi celebrations normally take place not only in gurdwaras but also in loud and colourful street processions called Nagar Kirtans...

Sikhs normally attend their places of worship, called gurdwaras, for festivities which can last the whole month of April. The Guru Granth Sahib, the holy Sikh scriptures, is recited in 48-hour non-stop readings called Akhand Paths. The Guru Granth Sahib is venerated in colourful street processions called Nagar Kirtans, with the largest ones attracting up to 100,000 people.

The "langar" (community kitchens) in the gurdwaras work around the clock to ensure they can feed the large crowds that will be attending for Vaisakhi. Kirtan or performances of spiritual music form a major part of the event, and renowned kirtan performers tend to travel from India to join the festivities in the UK during this month. 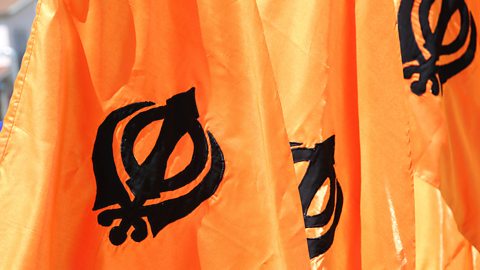 Vaisakhi 2020 – the meanings and the challenges

Vaisakhi during the lockdown

But the gurdwaras are closed and Vaisakhi celebrations are muted this year. However, Sikhs are playing an active role in volunteering during the coronavirus outbreak. The concept of langar, of providing physical sustenance through food, has resulted in Sikh organisations across the country ensuring that much needed provisions are being delivered to the elderly and the vulnerable, as well as hot meals being provided to key workers in the NHS.

Sikhs are called to recognise the whole of humanity as one.

Mobile food kitchens that normally feed the homeless are now also feeding those who are being shielded due to their health conditions. This idea of helping everyone in society is an important one in the Sikh faith, and it can find its origins in the words of the 10th Guru. He compelled Sikhs to "recognise the whole of humanity as one" and every day, Sikhs specifically pray for the peace and wellbeing of all in the world. This selflessness is inspiring and it gives hope to the new sense of community that has emerged in the most trying of times.

Modern technology is also being used to ensure that families and loved ones can still celebrate Vaisakhi together. Some Sikh organisations are streaming live events to mark the festival. Others are promoting praying at home and using this opportunity for people to continue their lifelong learning – the word "Sikh" itself means "student". Videocalls are also proving very popular, so that people can still see their loved ones, even if they can’t meet them physically. Sikhism has experienced troubles throughout its history, and at times, public gatherings have not been possible. Being at home this year means that those difficult periods will resonate more than they normally would.

The origins of Vaisakhi

The Sikh religion was founded in Punjab over 500 years ago, and from the faith’s early days, Vaisakhi (or Baisakhi) was one of the three main festivals of the year. 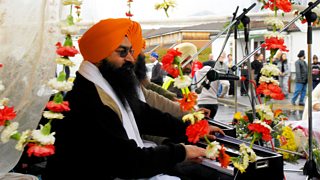 A Nagar Kirtan in Britain

Men and women, young and old, rich and poor, were treated equally.

In 1699 the tenth guru, Guru Gobind Rai, chose Vaisakhi as the occasion to transform the Sikhs into a family of soldier saints, known as the Khalsa Panth. In front of thousands at Anandpur Sahib, during the Vaisakhi festival, the Guru emerged from a tent carrying a sword. He challenged any Sikh who was prepared to give his life to enter the tent. The Guru returned alone with his sword covered in blood. He then requested another volunteer and repeated the same action four times until five men disappeared into the tent. The crowd was very concerned until they saw the five men return, with the Guru, wearing turbans. These five men became known as the Panj Piare, or "Beloved Five". The men were then baptised into the Khalsa by the Guru. He sprinkled them with Amrit ("immortalising nectar": the Sikh term for holy water) and said prayers. This is the basis of the Sikh baptism ceremony.

How did the establishment of the Khalsa impact the Sikh faith?

The foundation of the Khalsa created an inner core to the Sikh faith, one with a distinct visible identity that would uphold justice and step into the fray, whatever the risk. The Guru was so convinced of the importance of the Khalsa that he asked the Five Beloved Ones to allow him to join their ranks. The Guru himself became the disciple, and was subject to any orders from the Five Beloved Ones.

Men and women, young and old, rich and poor, were treated equally as brothers and sisters of one big family, including the Guru. Men took the surname "Singh" or lion, and women "Kaur" or princess. Guru Gobind Rai became Guru Gobind Singh.

At all times, Khalsa Sikhs must wear the five 'K's or articles of faith: long uncut hair, a steel bangle, a small comb in the hair, drawstring shorts, and a sheathed dagger.