The three-part work for two pianos, electronics and modular synthesizer was premiered earlier this month at Minimalist Dream House, a concert devised by piano duo Katia and Marielle Labèque at Philharmonie de Paris.

Unclassified presenter Elizabeth Alker was blown away and jumped at the chance to play the piece alongside Thom’s brand new solo track, Gawpers, on Unclassified (Sunday 29 April, 11pm). Both tracks have previously only been heard live. 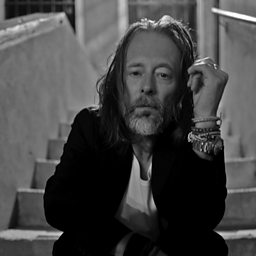 Thom Yorke told us: “Katia and Marielle suggested for a few years that I write some music for them. Usually I would laugh and explain that I couldn't read music, but in truth I was intrigued by the idea.

"I realized [that] writing for score or on a sequencer and modular gear are really not so far apart. But the best part for me was watching the basics of what I'd written being brought to life by the sisters and their interpretation, making the notes theirs.”

Also featured in Sunday’s show is Thom’s performance of Suspirium (a track from his soundtrack for the film Suspiria) and new works by Bryce Dessner from The National and French composer and producer David Chalmin.

Full details are available in the show notes on BBC Sounds. Don’t forget to subscribe to Unclassified while you’re there.