What is BBC Music Introducing?

Since its launch in 2007, BBC Music Introducing has been dedicated to discovering and supporting new music. 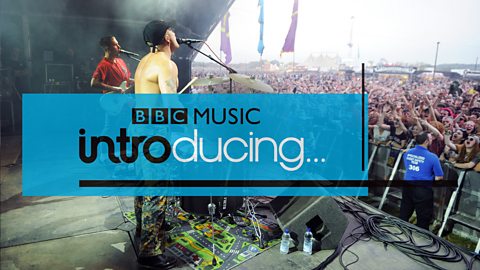 What is BBC Music Introducing?

As of our 10th anniversary in 2017, artists supported by BBC Music Introducing artists have gone on, between them, to release:

There are now over 470,000 tracks – over 3 years-worth of music - uploaded to the BBC Music Introducing website and 190,000 artists are registered.

It all starts with undiscovered artists registering with our uploader. They fill out a few bits of information like their artist name and postcode, and then they can upload their tracks. It's as simple as that.

Those uploaded tracks get sent to the BBC's local radio shows where they get listened to by our team of local presenters and producers. If they like them the tracks could get broadcast on those local stations and even propelled onto the national stage through BBC Radio 1, 1Xtra, Radio 2, 6 Music, Radio 3, Asian Network and World Service.

BBC Music Introducing also provides up-and-coming artists with broadcast opportunities on television and online, as well as the chance to perform at major festivals and showcases.

FACT: 58% of the acts that performed at Reading + Leeds Festival in 2017 initially uploaded their music to the BBC Music Introducing Uploader.

The music industry was a very intimidating and confusing world for me when I was 18. I knew I wanted to perform and write for a living but had no idea how to make this a reality. BBC Introducing was and still is the most amazingly inclusive platform I could have asked for. Long live Introducing.
George Ezra

Discover some of our artist journeys

No one gets out of town without a local following first, and BBC Introducing has been helping artists find fans in their own communities, and putting them on prestigious festival stages across the country, for the last decade. It was crucial for us and for so many.
Jeremy Pritchard, Everything Everything