The series starts with six amateur designers and in each episode one is eliminated. The six were chosen from hundreds of entries. All applicants had to submit a biography, explain why they wanted to enter the show, a design for a garden on a theme, a plant list and budget and photos of their own garden or any other they had designed.

To qualify as amateurs no more than 50% of their income could be from garden design.

Gillian is 51 and from Gloucestershire. She has had a varied career, including training at Sandhurst as one of the first female recruits. She has most recently worked for the government at the Serious Organised Crime Agency and was posted to Afghanistan and Jamaica among other places. She left there recently and wants to pursue a career in garden design.

(her father) told her that she was always talking about gardening, gardening programmes and magazines so why not retrain?

Gillian has travelled extensively and her travels to Turkey inspired her first garden.

Gillian has always been interested in gardening, but it was moving to the Cotswolds in 1999 which really switched her on to it. She loves seeing what can be created through nature, the way the water runs through the village and ‘the loop’ which she really enjoys to walk around. Whenever she’s been away from home, even for a short time the first thing she does when she gets home is to walk ‘the loop’ of her garden.

Her father is the catalyst for her career change. She was telling him that she was struggling to apply for new jobs because she didn’t want any of them. He told her that she was always talking about gardening, gardening programmes and magazines so why not retrain? 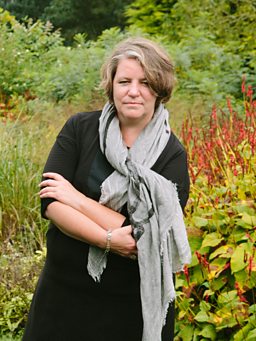 Jo is 41 and a partner in a law firm. She’s from Boston Spa in West Yorkshire where she lives with her husband GP Simon and 5-year-old twins Max and Millie.

Jo was given a shed for her 40th birthday - she loves it and likes things in it be just so.

Jo grew up in Derbyshire, a place she absolutely loves. Matlock in particular is one of her favourite places. She’s half Italian and her family run an award winning Derbyshire ice-cream factory – called Smiths Creamland Ices.

She has a strong interest in horticulture and has done short courses in different aspects of gardening. Jo was given a shed for her 40th birthday. She loves it and likes things in it be just so. 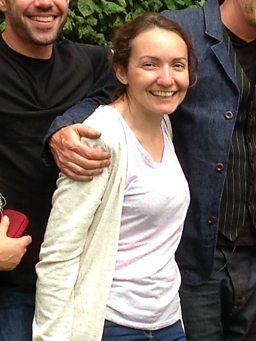 Paul is a former account manager in IT Sales and lives with his partner John in south London. Paul grew up in Oakley, Basingstoke with his parents and brother. His earliest memory in regards to gardening was becoming fascinated by fruit. He secretly tried to grow the seeds and pips from fruit and created a “mini orchard on my windowsill”.

Paul loves the creative element of the process, drawing sketches and producing the images

Paul has had different jobs since he left university: working on the QE2; working in accounts; in software content management; and as a corporate account manager in IT Security for 10 years.

Sales wasn’t for Paul and he enrolled on a Garden Design course through the London College of Garden Design. He qualified in July 2013.

Paul loves the creative element of the process, drawing sketches and producing the images. He also enjoys the physical aspect of the building. He also says: “I like to design in the winter and get out in the garden in spring.”

“I hope I will win this show, it will be like jumping on a great big trampoline to catapult me into building my own garden design company.” 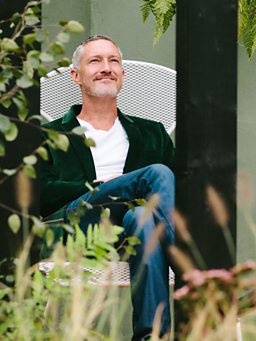 Rob Dawson, 35, works at the Biotechnology and Biological Sciences Research Council. He lives in Wiltshire with his partner Andrew.

Rob’s grandfather is a big influence on his life. Rob visited the RHS Chelsea Flower Show as a young man. He has designed two gardens in previous houses where he has lived and worked in a garden at a country estate as a volunteer.

He loves to spend a great deal of time at garden shows and at nurseries where he absorbs planting combinations.

Rob says: “I believe I am the perfect candidate for this show. I have a passion for plants and knowledge to go with it from a decade of gardening in my own gardens (as well as interest when I was younger) alongside my degree in biology. This would be the chance of a lifetime.” 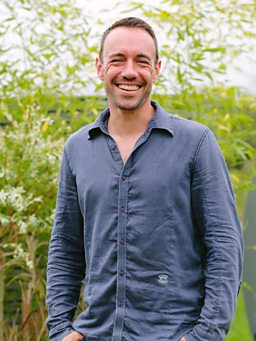 Sean Murray, 51, is a nurse who works as an occupational health adviser. He lives with his wife Eileen and 21-year old daughter Ellen in Northumberland

Gardening “makes me feel intoxicated. I feel completely lost when I’m in the garden

Sean is an only child and grew up with his parents in a small fishing village, Newbiggin. His father was a blacksmith and worked in the local coal mine while his mother worked in computer programming “when the size of computers would fill a room”.

“I kind of fell into nursing whilst always having my passion for horticulture running alongside it”.

One of Sean’s earliest memories is sending off to a local newspaper for a 6 seed starter pack. Also, his first article for the school magazine explained how to disbud a show chrysanthemum, much to the amusement of the rest of the class.

Sean is completely self-taught and has no formal garden training. He is also a self-taught flower designer and recently passed his National Association of Flower Arrangement Societies demonstrators test.

Sean says gardening “makes me feel intoxicated. I feel completely lost when I’m in the garden. It’s the same as yoga; you don’t have an intrusive thought – not what you’ll have for tea. Nothing.”

Sean describes his role as project manager on the courtyard garden in the young offender’s institution (Northumberland Prison) as his defining moment.

Sean describes himself as a bit of a perfectionist, and he likes working to a deadline.

“It would be amazing that a son of a pitman could have a garden at Chelsea”. 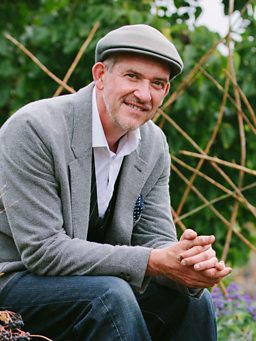 Steph is 23 and the youngest designer in the competition. She works in Waitrose in St Ives, Cambridgeshire where she lives with her parents. Gardening is Steph’s life - her 21st birthday present was an allotment.

When Steph first went to Chelsea in 2011 and saw it for the first time, it made her really want to go into garden design

After she left school Steph thought it would be important to get a degree in something she could fall back on although she knew she really wanted to work with plants. She did an English Lit degree through the Open University.

During her degree she also did a garden design course through the Open University and her RHS level 2.

Now Steph feels like she’s at a point where she can really focus on garden design.

When Steph first went to Chelsea in 2011 and saw it for the first time, it made her really want to go into garden design: “Seeing Chelsea in real life is so different to on TV”

She describes herself as a perfectionist and a ridiculously hard worker. 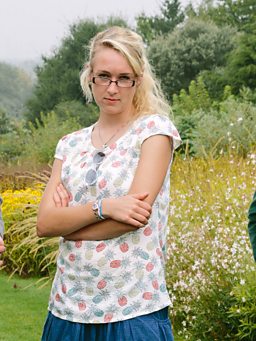