JMW Turner's delicate watercolour paintings can only be shown in January, when the sun is at its weakest. WILLIAM COOK visits two annual exhibitions, in Dublin and Edinburgh, which offer a rare chance to see them.

Detail from Storm at the Mount of the Grand Canal, Venice, c.1840, JMW Turner | Photo © National Gallery of Ireland

As the inhabitants of the British Isles wake up with Hogmanay hangovers, two perennial shows, in Dublin and Edinburgh, illuminate the New Year. On New Year’s Day, the National Gallery of Ireland and the Scottish National Gallery bring out their Turner watercolours. They display them throughout January, then pack them away again until next year.

This isn’t a modern ruse to attract more visitors in the bleak midwinter. It’s a tradition which dates right back to 1900. It’s thanks to a rich English bachelor called Henry Vaughan who built up a huge collection of Turner watercolours, then left them to these galleries when he died in 1899.

The son of an affluent industrialist, Vaughan was the sort of aesthete you read about in Victorian novels

Born in 1809, the son of an affluent industrialist, Vaughan was the sort of aesthete you read about in Victorian novels.

With a private income and no need to work, he devoted his life to collecting art. Then as now, watercolours were very sensitive to sunlight, so Vaughan stipulated that his beloved pictures should only be shown in January when the sun was weakest.

Dublin and Edinburgh still obey his stern command (the other thing he insisted on was that admission to this exhibition should be free).

For 11 months every year, Dublin’s Turners are hidden in an antique cabinet, which Vaughan had specially made to store his precious paintings. The National Gallery’s curator, Anne Hodge, brings out a selection for me to see. 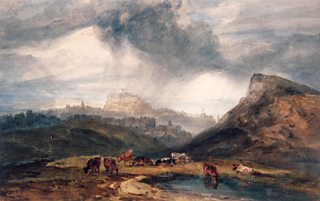 Vaughan gave 31 Turners to the National Gallery here in Dublin (still part of the United Kingdom back then, along with the rest of Ireland). The gallery has since acquired five more ("each of those shows much more sign of damage because they tended to be hung in people’s homes," says Anne).

Edinburgh’s Scottish National Gallery has 38 of Vaughan’s Turners, but Dublin has the best picture of Scotland’s capital - a stormy panorama seen from Arthur’s Seat, dark clouds looming over Auld Reekie.

Born in 1775, Turner was a generation older than Vaughan. The two men met in the 1840s when Turner was at the summit of his fame. 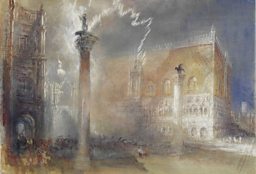 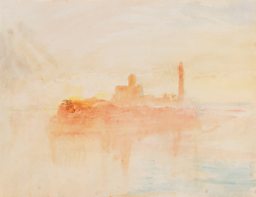 After Turner died, in 1851, Vaughan carried on buying up Turner’s paintings, collecting watercolours from every stage of his career. "He was interested in how artists worked, how artists created things," says Anne.

The first picture Anne shows me is an intricate depiction of beech trees on a windy day. It was painted in 1797, when Turner was still in his early twenties. Its pin-sharp detail is typical of his youthful style.

The next one she shows me is an Alpine landscape, painted 45 years later. It’s intensely impressionistic, 30 years ahead of Monet.

"You can see why Turner was inspirational to the French Impressionists," Anne tells me. "He’s developed from a traditional way of working into something really radical."

These two paintings sum up Turner’s journey from figuration to abstraction - that great leap from classicism into modernism which made him Britain’s greatest artist. "He was doing something new and different," says Anne. "He didn’t really care what people thought – he just did it."

The Vaughan Bequest contains countless treats, painted as far afield as Lucerne and Luxembourg. "Look how rough and ready it is!" says Anne, as we gaze in wonder at a dynamic mountain scene. "He’s a brilliant colourist."

Success gave Turner the means to travel, and his journeys are recorded here: up the Rhine and down the Danube, from Ostend to Venice and back again. However it’s his British seascapes which really arrest the eye.

There’s nothing wishy-washy about them. They’re fierce and gutsy - full of drama. Turner does more with a few splashes on a small piece of paper than most artists manage in oils on the biggest canvas. It’s thrilling to see these masterpieces preserved in Vaughan’s original frames.

"He chose works that were in very good condition, that showed no sign of fading," says Anne, as she carefully removes Turner’s masterworks from this custom-built cabinet.

"When this collection came to the gallery in 1900, everyone was astonished. It was all written up in the papers."

Although he travelled all over Europe, Turner never set foot in Ireland. Yet he’s always been famous here, just as famous as he is in England. Over a century later, this annual show is still one of the highlights of Dublin’s cultural calendar. It’s the gallery’s most popular show, with over 50,000 visitors every year.

But the last word should go to Walter Armstrong, who was Director of Dublin’s National Gallery when Vaughan made his bequest.

"In making his collection, he took the greatest care to confine himself to drawings in which he could see no fading," wrote Armstrong, of Vaughan, in 1902. "Once his, they were religiously protected from the sun."

It’s thanks to Vaughan’s tender loving care that these priceless watercolours still shine so brightly. "A century hence, Turner as a colourist will only survive in things which once formed part of the Vaughan collection," warned Armstrong, "unless those drawings which are still uninjured are put out of reach while there is still time."

A version of this article was originally published in 2016.

"They light up the dark January days," says Charlotte Topsfield, curator at the Scottish National Gallery, of the 38 watercolours they’ve shown here, every January, since 1900. 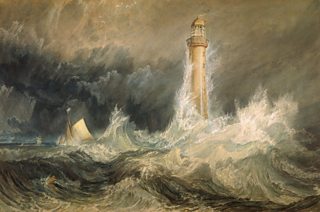 "It’s a much-loved Edinburgh tradition. We have people coming in to see them on New Year’s Day every year." Why do they keep coming back, year after year? Because Turner is unique. "He pushed the boundaries - he was a visionary watercolourist."

Turner visited Scotland frequently, and painted many pictures here, but until Vaughan made his bequest, there were very few Turners in Scotland.

Now, alongside Dublin, it’s one of the best collections in the world. "Vaughan chose very carefully. He had a curatorial brain – he had a connoisseur’s eye. He was choosing quite strategically, and made a beautiful spread for both collections."

Though they’re only shown in January, they’re available for anyone to view throughout the year, by appointment, just as Vaughan insisted.

By protecting them from the summer sunshine, Vaughan was way ahead of his time. "Vaughan was very farsighted," says Charlotte. 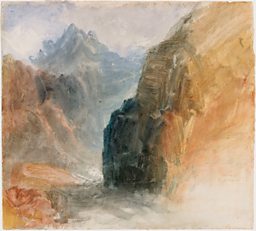 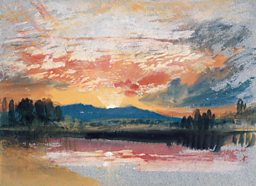 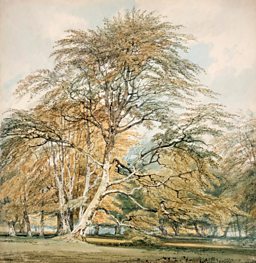 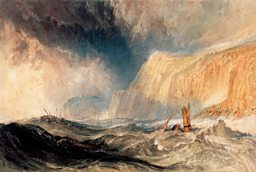 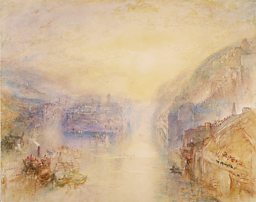 Passau, Germany, at the Confluence of the Rivers Inn and Danube, 1840, JMW Turner | Photo © National Gallery of Ireland