Nightshades have a deadly reputation but these plants, steeped in myth and folklore, have been used for thousands of years for medicinal purposes and some are very good to eat.

The nightshades family includes tomatoes, potatoes, aubergines, peppers and chillies. It is also known as “the really nice curry family”.

It was believed that the mandrake root emited a shrill cry that drove people mad and killed them when it was pulled from the ground. This myth inspired a scene in J K Rowling's Harry Potter and the Chamber of Secrets. Professor Sprout shows Harry and his classmates how to re-pot young mandrakes, but not without everyone wearing ear-muffs. 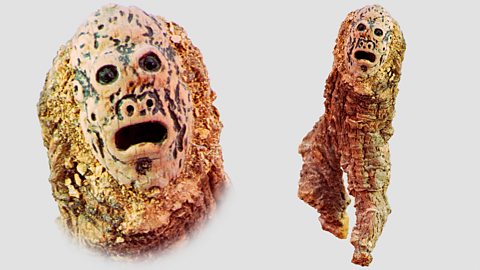 The myth of the mandrake scream

Joyce Frome from the Museum of Witchcraft on the myths surrounding the mandrake root.

Henbane is a member of the nightshade family and is thought to have been used by Dr Crippen who was convicted of killing his wife in 1910.

Shakespeare's Cleopatra asks for a drink of mandrake, 'That I might sleep out this great gap of time
My Antony is away". Mandrake or mandragora is also referred to in Othello, Romeo and Juliet and Henry VI, Part 2.

Mandrake roots look like a human with its legs crossed, which could explain why they were used as a cure for bedwetting. 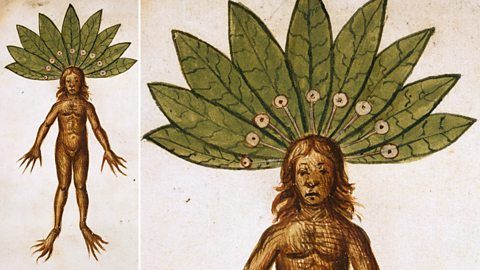 Why mandrakes were drawn as people

It took a while for tomatoes and potatoes to be accepted as safe food by Europeans who had only seen nightshades used in witchcraft and herbalism.

Once potatoes became part of the European diet in the 1600s, the effect was extraordinary. "It's the major reason why in Northern Europe populations doubled in a hundred years, which is a fascinating story of demographics," says Andrew Smith, writer and lecturer in food history at the New School University in New York.

The potato blight which ravaged crops in the 1840s had a disproportionate impact in Ireland where one million people died and another million emigrated.

The tomato was thought to be a dangerous aphrodisiac, until people realised that having tomato juice all down your shirt wasn’t sexy.

Mandrake root extracts can cause visual hallucinations and a light-headed feeling. Its use by witches in potions is thought to be behind the stories of them flying on broomsticks.

Deadly nightshade is also known as belladonna, meaning beautiful lady in Italian, because it was used in eye-drops to make women's pupils dilate.