They defined their times – and shaped ours

While much changes over any 100-year period, the 20th century really packed a whole lot in. In 1900 the British Empire covered a quarter of the globe and most people in the world had no say over how they were governed. By 2000 not only had the British Empire crumbled, so had the Ottoman and those of Britain’s European neighbours. Many people around the world now had far greater power over their lives and those who aspired to lead them.

This transformation though was accompanied by a long, dark shadow. The horror of world war struck twice; smaller conflicts erupted; and other, age-old grievances came to the surface. Despite the chaos new rights and new freedoms emerged, thanks to a series of figures who seized the opportunities offered during this period. Chosen, and judged, by their fellow citizens these four leaders could inspire both love and loathing. What is true is that they not only defined their own times – they shaped our world today.

A British Bulldog who never, never, never gave up, Winston Churchill went from political outcast to the saviour of the nation.

We shall defend our island whatever the cost may be.

Churchill’s political career was long, but it was also tumultuous. During the First World War, while head of the Navy, he oversaw a disastrous campaign against Turkey at Gallipoli; in 1929 he lost his seat in parliament altogether. But he wasn’t to be deterred by set-backs. After Gallipoli he fought at the front and in 1940 he was ready to serve again, as Britain was plunged into the Second World War. It was his finest hour: as Prime Minister he doggedly led the nation to victory. Even after the war he was in and out of office – losing the election in 1945 before returning as Prime Minster for a second time in 1951.

2. He galvanised the opposition to fascism

Churchill’s legacy and views have been much debated, both during his life and after his death. His takes on votes for women, imperialism and Indian independence do not sit well in the modern world. But on one subject he was a true leader: he was one of the first to realise and highlight the dangers of Nazism and he refused to waver during the 1930s when many sought to appease Hitler’s Germany. Ultimately Britain backed his utter determination to fight the Nazis despite the enormous sacrifice involved.

3. His words were inspirational

It was once said of Churchill that he “mobilised the English language and sent it into battle”, such was the force and persuasive nature of his speeches. His words rallied a nation behind the war effort and those speeches – delivered in his idiosyncratic, croaky bulldog style – are still famous today.

It always seems impossible until it's done.

1. He made difficult decisions

In 1952 Mandela was the deputy president of the African National Congress – a party determined to overthrow the racist apartheid regime in South Africa. Initially its policies were non-violent, but this changed after state police killed 69 black activists in 1960. Now the ANC, and Mandela with it, agreed to attacks on the state. Railway tracks, power lines and government buildings were all targeted and though the intention was never to kill, lives were lost.

2. His resilience inspired the world

After his arrest in 1962 Mandela was sentenced to life in prison and he was held on the remote Robben Island. He endured long stints of solitary confinement, often going without sleeping or toilet facilities – treatment designed to reinforce Mandela’s sense of powerlessness. Yet the opposite happened. Mandela became the focal point for a global campaign against apartheid which eventually forced the South African government to change its mind. He was finally released in 1990.

3. He was president for a whole nation

Once Mandela was elected president in South Africa’s first free elections in 1994 he did not seek retribution, despite his brutal prison treatment. Instead, he governed for the whole country, arguably preventing a civil war. The Truth and Reconciliation Commission, which aimed to heal South Africa through confession and forgiveness rather than revenge, was established during his time in office. It has since been used as a model for other countries.

Lived: 1882-1945
Born: New York, USA
Known for: America’s longest serving president, leading the US out of the Great Depression

From depression to war, President Franklin D Roosevelt was ready to ‘deal’ with anything.

The only thing we have to fear is fear itself.

1. He didn’t let disability hold him back

FDR was diagnosed with polio in 1921 and had to use a wheelchair from the age of 37 – with his most politically active years ahead of him. Known for building up strength in his upper body, it was said of Roosevelt that he lifted himself from a wheelchair to lift a nation from its knees. He instigated an extraordinary fund-raising campaign called the March of Dimes which kick-started the 20th century’s largely successful eradication of polio, worldwide.

2. He succeeded despite the worst possible start

FDR was inaugurated as US president in March 1933. That month the country recorded over 15 million unemployed and banks across America were closing thanks to the 1929 stock market crash. This was the Great Depression. Though facing the most overwhelming ‘in tray’ in history, Roosevelt instituted a 100-day plan, eventually called the New Deal. It turned the economy around and transformed America into a superpower.

3. He always had one eye on the future

When the Second World War began in 1939 the American public wanted to stay well out of Europe’s latest argument. But aware of the threat Nazism posed, Roosevelt used radio broadcasts dubbed ‘Fireside Chats’ to gradually change public opinion. Once the US had joined the conflict Roosevelt was already considering how to achieve a new, better, world order afterwards. He devoted much thought and planning to the body that would become the United Nations after 1945.

1. She was Britain’s first leading lady

Elected as the MP for Finchley in 1959, Thatcher entered a male dominated world. She was initially taunted by male MPs in parliament, yet the former scientist was undaunted. By 1975 she had risen to the top of the Conservative party and was on course for Number 10. Once in power it was clear that the woman who had previously been jeered at now inspired admiration and political fear in opponents and colleagues in equal measure. From the British public she won three successive election victories – the first Prime Minister to do so in over 160 years.

2. No task was too big for ‘Thatcherism’

While her policies continue to be keenly debated, Thatcher had a strong view of how she believed Britain had declined since the Second World War and she embarked on an ambitious programme of reform. Tackling a spectrum of issues, very few elements of British life were left untouched by her energy, determination and belief in the free market. It’s no accident these policies quickly became known as Thatcherism, so personal was the PM’s mission.

3. The ‘Iron Lady’ was not for turning

As she explained during a speech in 1980, Margaret Thatcher was resolute once she made a decision: “You turn [U-turn] if you want to,” she quipped. “The lady's not for turning.” From defending the Falkland Islands in a war against Argentina in 1982, to embarking on a long, bitter dispute with Britain’s coal mining unions in 1984, Thatcher rarely wavered. No wonder she liked her nickname “The Iron Lady”.

Four leaders. Four extraordinary achievements. But only one can be the most iconic leader of the 20th century. The decision is yours.

Watch: Who gets your vote? 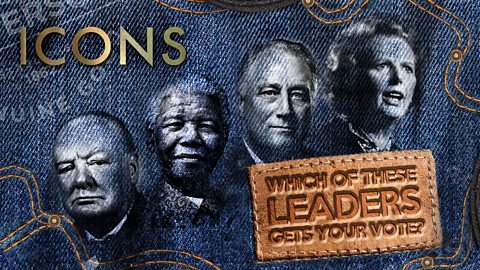 Leaders of the 20th Century

Longest-serving, game-changing, most-victorious… Which of these leaders gets your vote?