Taking risks: what you need to know

In the current climate, risk assessment is something we’re all having to grapple with every day.

But for some – like the mountain climbers, skydivers and gamblers amongst us – risk is something to actively seek out in everyday life. What makes some of us more gung-ho than others? Why do we perceive some risky things as safe, but other statistically safe activities as risky? And can taking risks ever be a good thing?

What makes some of us more gung-ho than others?

Why do some of us seek out risk?

Some of us are able to ignore our fears when faced with risk. And many even seek risk out, ignoring what is considered safe in pursuit of a rewarding or exhilarating experience – like jumping out of a plane or base jumping. Some people love the thrill of fast cars, gambling or extreme sports. Others play it safe. Where does this desire for risk come from, when surely our instinct to survive should come above everything else?

Individuals who took risks in hard times, like an ice age for example, survived and went on to propagate.

Radio 4 show Risky Business explores how, in evolutionary terms, risk-taking could have arisen (in humans at least) as a response to the harsh environment. The individuals who took risks in hard times, like an ice age for example, survived and went on to propagate.

Risk has also been associated with reproductive strategies. Where an animal trades speed or agility for some sign of sexual prowess – like a peacock and its tail – they may be more likely to mate successfully. This may be why, generally, men tend to take more risks than women. In the face of competition, they feel a need to overtly advertise sexual fitness through daring exploits. There's certainly evidence to suggest that risk-takers are considered more sexually attractive, have more financial success, more friends and better careers. 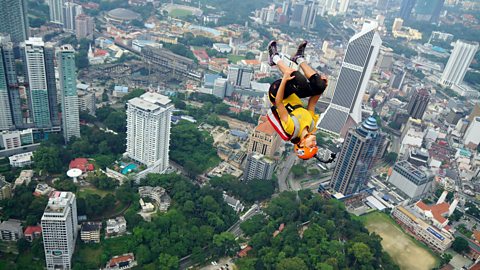 What makes you a risk-taker?

Some people love the thrill of fast cars, gambling or extreme sports. Others don’t. Why?

What does brain biology have to do with it?

Scientists have studied the link between risk-seeking behaviour and personality and brain biology. In an episode of All in the Mind, Joseph Kable, Associate Professor of Psychology at the university of Pennsylvania, explains the work he’s been doing to unravel the system in the brain that could help predict the degrees of risk we're prepared to take.

In a new study, subjects were given exercises in which they could gamble on winning real money. Choices varied between a safe option, like getting a guaranteed $20, and more risky options, like a 30% chance of winning $50.

When Kable and his team examined the brains of the people that took the most risks, there were actual structural differences. They saw more grey matter in an area called the amygdala, that has long been linked to the emotion of fear. They also saw there was greater functional co-operation between the amygdala and another area of the brain called the medial prefrontal cortex, which is involved in emotion regulation and decision making. The study seemed to show that this system – between the amygdala and the medial prefrontal cortex – is key in setting the degree of risk tolerance that an individual has.

Other scientists have discovered that a single gene – part of the dopamine system in the brain that mitigates rewards such as the feeling of pleasure – might be responsible for risk-taking behaviour. For the “sensation seekers” amongst us – people who are especially venturesome, inquisitive and eager to have new and exciting experiences, even if they contain a degree of social or physical risk – this gene might be overactive.

Not only do these initial findings point to explanations for extreme behaviour such as drug addiction or sexual promiscuity, it also goes a way to explain much more normal risk-taking behaviour that exists in all of us to a greater or lesser extent. Taking risks makes us feel good. 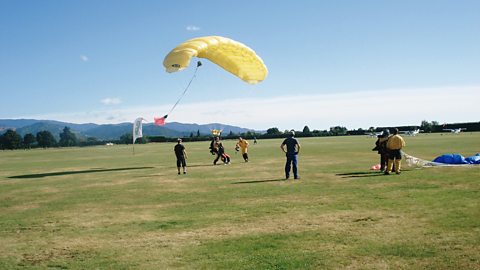 Why do people take the risk of skydiving?

Motivations, behaviours and experiences of those who engage in high-risk activities.

Emotion and perspective get in the way of our risk assessments

Often though, it’s more complicated than just being a risk-taker or a risk-avoider. Many of us will be happy to take certain risks, but not others. Someone who is scared to bet big on the horses, walk down an alleyway in the dark, or tell a controversial joke, might not think twice about bungee-jumping or skateboarding off a half-pipe. Why do so many of us fail to grasp the risk posed by climate change, which will inevitably harm us and future generations, but feel terrified about flying – which is statistically so safe?

The risks posed by the coronavirus have shown that even the most risk-averse among us can rise to a challenge.

In A Point of View, writer A.L. Kennedy states her belief that its often emotion that gets in the way of our ability to assess risks. “We prioritise them according to emotion and information,” she says, “but our emotions cloud our judgement and our information may be patchy, absent or misleading.” For those who have been through a difficult relationship, starting up a new one may seem like a risk. Whereas for others it offers excitement, possibility, and much less “risk” than remaining single and lonely.

We can end up ignoring some risks and overreacting to others. Familiar risks, like driving at speed down a motorway, can get minimised – even though they’re familiar because they’re often around. We may not bother to prepare for risks that are inevitable, but seem distant – like climate change – because it’s easy to presume that someone other than ourselves will deal with it.

One thing the current crisis has proved is that we can make massive, rapid changes in the way we work and live. “We have a chance, when this horrible storm has passed, to change some of our behaviour forever,” says Kennedy. So, we can choose to obsess about buying our children the “safest” car seat, or we can decide to focus on making sure they have stable food supplies in the future and survivable temperatures. 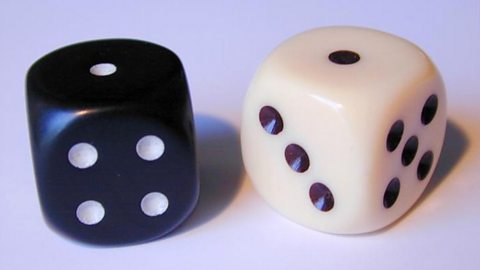 The ridiculous bets that took place 200 years ago

Tom Holland and Matthew Green on the strange bets that took place over 200 years ago. 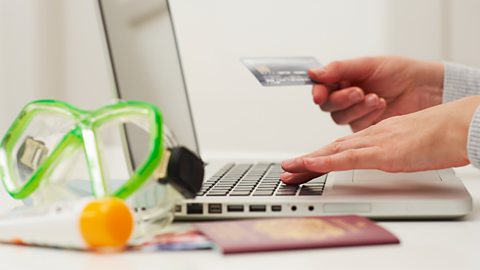 What are the risks of booking secret hotels online?

“We are bad at risk, but not always. When we understand we are facing life and death challenges we fight to survive. We fight for each other,” she says.

The risks posed by the coronavirus have shown that even the most risk-averse among us can rise to a challenge.