Researchers have long known that people who sleep less than average, or a lot more than average, tend to have higher risk of conditions such as obesity, type 2 diabetes and heart disease. But there has been little evidence that these conditions could actually be caused by changes in lengths of sleep.

However, in early 2013, a paper was published by the Sleep Research Centre and colleagues at the University of Surrey claiming to have found a direct link. They did it by look at how changes in sleep effect genes. 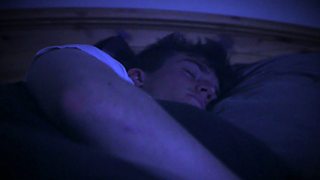 Every cell in our bodies carries DNA, genetic instructions that act a bit like an operating manual. But each cell only reads the portion of this manual it needs for that particular time.

Looking at what genes are being used in each cell can give us a very good measure of what that cell is up to and what impact sleep has on them.

They had blood samples taken at the end of each week, to compare which genes were being used within their blood cells. The results were startling.

Even our small experiment, changing sleep by tiny amounts, created very similar effects to that seen in the group's much larger, published experiment.

So it's clear that just getting closer to 8 hours of sleep a night can make a dramatic difference to our health in just a few days. How many of us let bedtime slip by an hour just to watch another episode of that box set, have one more drink, or do just a little bit more work thinking it’ll not make much difference? Well, now there’s good evidence that it certainly does.