Kim MacAskill got into game development completely by accident. A comedy TV producer and stand-up comedian, Kim’s love of DC comics led her to apply for a job at Rocksteady Studios, the team behind Batman: Arkham Asylum. While there she worked on the forthcoming Suicide Squad: Kill The Justice League game before moving to Playground Games and working on the highly-anticipated Fable.

Unlike many in her position, Kim didn’t take the traditional route into working on video games.

“I didn’t study games at uni, .when people tell me they’re doing a course I’m like “great” because you’re gonna learn so much from that, but games and game development is changing so fast, that whatever you’re learning is some cookie-cutter thing that was approved a couple of years ago and games have already changed”

While Kim thinks that the university experience would be a good starting point for learning terminology and the general overview of how a game is made, you won’t really start your education until you’re making a game yourself. 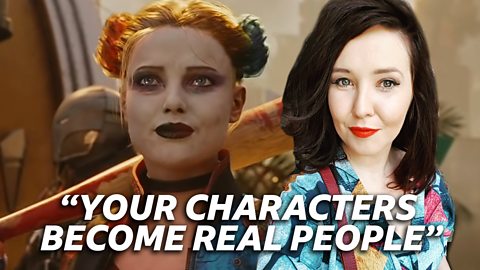 How do you get into the games industry and what's it like to work on AAA games?

“I still remember my first day walking into the (Rocksteady) studio and meeting everybody, getting to know the team and sitting down with my boss at the time and it got to about lunch time and he asked if I had any questions and I was like… what’s the game?”

That game would turn out to be Suicide Squad: Kill The Justice League, the next entry in the Arkhamverse of video games. While little is known about the long in development title, a recent trailer confirmed that the game stars Harley Quinn, King Shark, Captain Boomerang and more. Oh, and you’ll be trying to take down Superman and friends, which considering Harley Quinn’s super power is a big hammer and a New Jersey accent, might prove a challenge.

What the Suicide Squad do have is a sense of humour and this is what Kim thinks landed her the job; 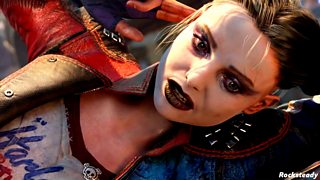 “When you hear like someone like the Suicide Squad who’s full of beta villains is taking on someone as grand as the Justice League, no one is taking that seriously, there’s got to be funny beats in there.”

While Kim spent several years at Rocksteady, she has since left and doesn’t know how much of the game that she wrote remains;

“How it’s gonna look in 2022 I don’t know because games are so reactive, every week something changes so it could be that I play this game and go “huh, I didn’t write any of this”, but I would be gutted given that I spent so many years, I would like to think that the bulk of it is still there.”

Following her departure from Rocksteady, Kim joined Playground Games, a studio most known for its Xbox exclusive racing series, Forza. Rumours had swirled for some time that Microsoft had commissioned Playground to start work on a dormant franchise of theirs, and by the time Kim started, the game was an open secret in UK games circles.

“I read the job description for the type of writer that they wanted and it just said British, witty, whimsical, RPG game and we’d made fun with those guys, since they’d never tell us, going ‘Just tell us it’s Fable, it’s definitely Fable, it’s like the worst kept secret.’”

Like her time working on Suicide Squad, the Fable series brings with it a devoted fan base obsessed with lore, something that Kim says she felt keenly;

There’s a tendency for new game writers to write what they think the studio wants. You really have to sell your own voice from where you’ve came from because that’s what is going to stand out.

“I do get asked about it quite a lot because yeah, there’s still not enough women in games, that is true, I definitely notice the gender gap. I think when I started at Rocksteady I was one of 7 women on the dev floor, I think when I left there was around 18 and that’s out of like 200, 250”

As a person in her position, Kim is often asked for advice from aspiring game writers and her advice is simple;

“There’s a tendency for new game writers to write what they think the studio wants. You really have to sell your own voice from where you’ve came from because that’s what is going to stand out. There’s lots of other standard, mediocre, safe writing game writers out there. If you take a bit of a gamble on yourself, yes it’s not going to be everybody’s cup of tea, but when it lands it’s really going to land.”