The games of the past that deserved to be played today

Given that we’re all now at home (pretty much all the time) it’s a guilt-free opportunity to pick up your controller, boot up your system and play some video games of the past. Let’s take a deep-dive into the video game ocean and uncover some old treasures that MUST be experienced.

Bioshock is not just your usual first-person shooter, oh no! Add some superpowers, a little bit of sinister storytelling, a handful of underwater world exploration, a pinch of 1960s charm and you’re beginning to get close to Bioshock. It’s a retro-futuristic masterpiece that starts off with a nail-biting plane crash.

On top of the mind-bending storyline, this game grants you a variety of ways to take on your enemies as well as an arsenal of different weapons, ammunition and superpowers. You might need to play during the day as you make your way through the very creepy, dystopian remains of a city. If you want to get your hands on Bioshock, I’d say invest in the Bioshock Collection. That contains all three games in the Bioshock series, all remastered for consoles or PC. 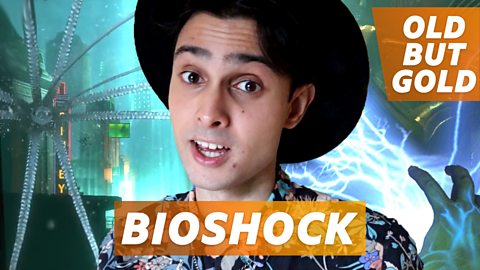 BioShock - A Gaming Treasure That Has It All | Old But Gold

We're diving down into the underwater city of Rapture to uncover a true gaming treasure.

SHADOW OF THE COLOSSUS

In 2005, Team ICO, the studio behind such creations as Ico and The Last Guardian, brought us Shadow of the Colossus. If you are a lover of challenging boss fights, you are going to love this. On paper, it sounds pretty simple. Go out, traverse abandoned landscapes to find your next foe, slay them and move onto the next one. However, it’s so much more than that. You see, the Shadow of the Colossus world has a vast story. You will ride past ruins of ancient times, walk abandoned trails and find colossi - creatures of stone, hair and flesh that are fuelled by some sort of magical energy.

This is a great game for anyone who loves the rush of slaying colossal foes, while also offering something for people who love to go down the rabbit hole of storytelling. If you don’t have a dusty PS2 lying around to play the original then don’t stress. Shadow of the Colossus is available for the PS3 & PS4 as a remastered version. 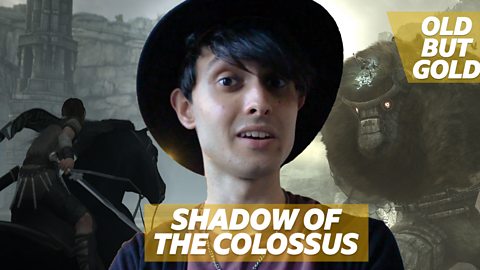 Why Shadow Of The Colossus Is A Masterpiece | Old But Gold

Florian dives into the Forbidden Lands of Shadow of the Colossus.

This game takes you to a land of pain, suffering and agony. A place where death is constant and reincarnations are plenty. A world where the undead march against their former gods. Pretty sinister eh? Dark Souls is created by the mystical, story-telling gaming-giants, FromSoftware. And it isn’t an easy ride! Dark Souls is hard but fair. You will die a lot. And I mean a lot. However, the game is difficult on purpose. It’s created as a learning experience. Each boss has attack patterns that you have to closely watch and memorise before knowing how to counter them. This does mean sacrificing your character over and over as you learn your enemy’s movements but it’s worth it. The feeling you get when you finally beat a boss is simply marvellous. The remastered version of Dark Souls can be picked up for cheap and played on Nintendo Switch, PlayStation 4, Xbox One & PC. 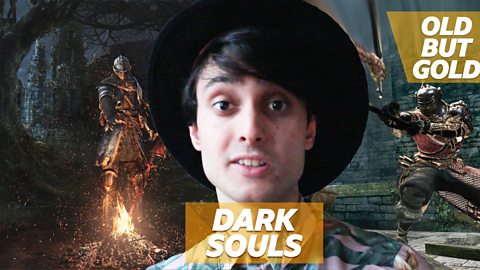 WHAT MAKES DARK SOULS SO SPECIAL? | OLD BUT GOLD

What's so special about Dark Souls that is has such a big fandom?

In 1995 Square, known today as Square Enix, published Chrono Trigger - a game for the SNES that challenged JRPGs at the time and solidified its name as a household studio in the world of game development. Chrono Trigger tells the story of how Chrono, one of the main characters, stumbled upon the opportunity to travel in time. Chrono and his ever-growing group of friends, time travel to prevent an apocalypse in the shape of a creature that wreaks havoc upon the entire planet. Something that Square got absolutely right in this game was character design. Each character has an intriguing backstory and the game’s storyline gets better and better the more you play it.

The game is also ahead of its time by featuring a boss who is trans. Chrono Trigger also has one of the greatest soundtracks so it’s no surprise that some of the songs are created by a Final Fantasy composer. On top of that, it was one of the first games that had NewGame+ with thirteen unique endings that unravel depending on the decisions you make. Incredible! If you want to discover or rediscover this brilliant game then you can play it on your phone via the Android Store. It’s also available for the PC on Steam. 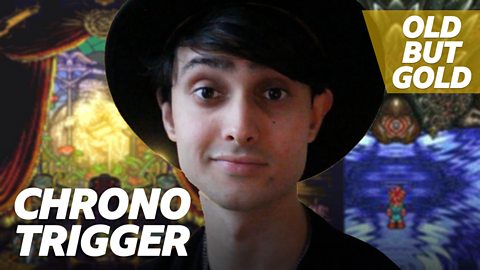 IS CHRONO TRIGGER WORTH A REVISIT? | OLD BUT GOLD

Deus Ex is a futuristic first-person RPG that burst onto the scene twenty years ago and is hailed by many as one of the best games ever made. Deus Ex’s amazing writers created an ever intertwining maze of storytelling in a dystopian world riddled with all kinds of conspiracy theories. Now, no matter how I try to sugar coat it, the graphics and controls are definitely dated. However, the game is extremely reactive.

The way the characters responded to the controls was mind-blowing back then. And it's still only rivalled by a few games today.
Another bonus is the ability to experiment with the game. You can go on a rampage, blow things up and ignore missions. The game doesn’t end when you mess up.

The developers have thought about all kinds of things you might do in your game and planned it out to the tiniest detail. The NPCs react to your every action, giving you a feeling that what you do actually matters in this virtual world. Now, if you want to play it, you can get the 'Game of the Year Edition' for PC on Steam for under £10. 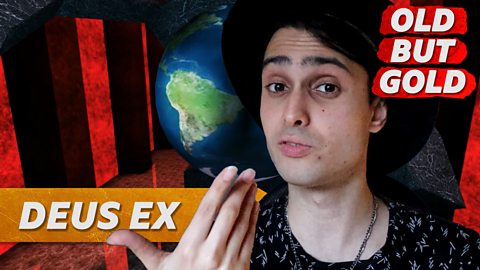 Diving Into The Dystopian World Of Deus Ex | Old But Gold

Let’s go on an adventure into a dark future of mystery and lies.