The Kindest Of Strangers - GOLD WINNER 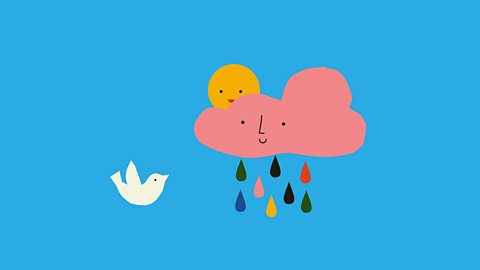 The Kindest Of Strangers

A cold wind blew and leaves whipped up and danced around the ankles of an old man crouched in a doorway. His coat, clutched around his shoulders, offered little warmth and he shivered, holding his hand out in the hope of a coin or two.

Around him, people hurried by, wrapped in thick coats and scarfs, bent into the wind, oblivious to him.

It was two whole days since he'd eaten and his stomach growled with hunger.

Just then, something caught his eye. His heart leapt at the sight of a coin falling close to his feet. He picked it up, turning the coin over in his hand. It was enough for a cup of tea and something to eat. His mouth watered and he pulled himself up from the pavement and turned to shop window behind him.

Light poured from the window of the tea-room. He pushed open the door and a wave of warmth washed over him. The woman behind the counter peered at him.

Hungrily, he eyed the food behind the counter.

"Yes?" came the sharp voice of the woman behind the counter. "Can I help?"
He looked up. "A cup of tea please", he said. "And a currant bun too. Warm, if it's no trouble."

"Takeaway?" The woman spoke the words more as an instruction than a question. "Yes", he replied. She turned away to serve him and he looked back towards the window.

There, with her nose pressed against the glass, was a small girl. Her hair was matted, her hands dirty and her clothes hung like rags on her small body. Even through the window he could see the dark circles under her eyes and the grey colour of her skin.

"That's £1", the woman snapped. The old man handed over the money.

He glanced back to the window and the little girl, shivering in the cold. Shuffling to the door, he pulled it open. The girl turned at the sound.

"You look cold" he said. She nodded. "Here", he said, offering out the paper bag. "You need this more than me". His stomach growled angrily in protest.

The girl eyed the bag, then reached out and grabbed it. "Thanks mister", she said and ran off. He watched her disappear into the darkness of the night.

"Hey! Where you've been?" A boy called out to the girl. "What you got there?"

"Some old bloke gave me a cake he didn't want". She opened the bag and peered in. "Yuk", she said. "Currants. I hate currants", tossing the bag into a nearby bin.

"I'm stuffed anyway", she laughed. "I've eaten too many sweets!"

"Come on!" called the boy. "We're not finished trick and treating yet. Your outfit's wicked by the way. You look half-dead!"

A cold wind blew and leaves whipped around the ankles of an old man, crouched in a shop doorway. His stomach growled with hunger as passers-by, wrapped in thick coats and scarfs hurried by, oblivious to him.