In Natural Histories: Dog, anthrozoologist John Bradshaw has been exploring the origins of the first (and arguably the best) domestic animal. Here are eleven excellent facts about dogs that'll definitely get your tail wagging.

Dogs are descended from a type of wolf that disappeared from the wild thousands of years ago. Today’s American and European wolves are only distant cousins, even though they share more than 99% of their DNA with dogs. 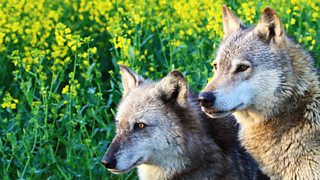 Modern wolves: not such a close relative

Due to human intervention in natural selection, there’s a massive range of size between dog breeds - more than with any other mammal, wild or domesticated. However, there is a limit to the possible physical variance of dogs. All dog physiology, from Chihuahua to Great Dane, is based on the body-plan of the ancient wolf’s foetus.

They have a second “nose”

This is known as the vomeronasal organ, which lies in the space between a dog’s nostrils and the roof of their mouth. Scientists are still not sure what dogs use this for, but based on studies of other carnivores such as cats, they probably use it when sniffing scent-marks left by other dogs.

Dogs see green, yellow and blue just as we do, but their eyes aren’t sensitive to red, which must appear as dark grey.

Dogs do smile, but not necessarily for the same reasons that we do. According to veterinary scientist Dr John Bradshaw, a dog will smile to persuade its owner to show them affection. Therefore, dogs aren’t always happy when they’re “smiling”, they may even be feeling a bit anxious and in need of reassurance. So go on, show your pup some love. 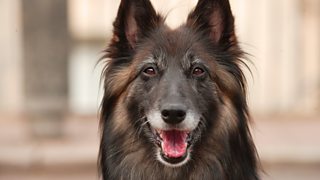 Dogs aren’t always happy when they’re “smiling”, they may be feeling anxious.

Dogs can be pessimists or optimists

Just like people, dogs can have either an optimistic or a pessimistic view of the world. In scientific studies, certain dogs were always keen to investigate a place where there was a 50:50 chance of food, while other dogs were generally reluctant to take the chance. It would seem that some dogs hope for the best, while others expect the worst.

Many owners identify what they think is a dog’s “guilty look”, but science has shown that this is actually a reaction to the owner’s body language at that moment. Guilt is a relatively complex emotion. The dog is simply worried that it’s about to be punished, without knowing what it’s done wrong.

If puppies don’t meet humans, they can go wild

If a dog doesn’t meet humans until it’s over three months old, it may remain wild for its whole life. The most extreme example of this is the Australian Dingo, which is a type of domestic dog that went wild around four thousand years ago.

Dogs instinctively attach themselves to a human

Once a puppy has learned that humans are friendly, its instincts tell it that its best chance of survival is to attach itself to a person. This is why many dogs get so distressed when they’re left alone: lacking our sense of foresight, they can think they’ve been abandoned. 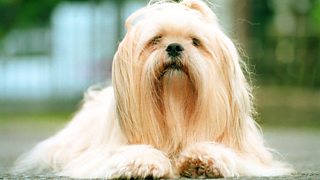 A pessimist or an optimist?

We’ve given dogs a developmental disorder

According to National Geographic, humans may have inadvertently bred the canine equivalent of Williams syndrome into dogs. Unlike wolves, dogs have a variance in their GTF2I and GTF2IRD1 genes. In humans, the deletion of these genes causes Williams syndrome, a condition characterised by cognitive difficulties and a “tendency to love everyone”. This might explain why dogs are friendlier and typically less cunning than wolves.

Dogs are abnormally attuned to humans

Most mammals experience the simpler emotions such as love, fear, anxiety and pleasure, but dogs are now known to be special in their range of emotional responses to human attention. Most owners are convinced that their dogs love them, and scientists now have evidence that it is indeed affection for people that drives much of a dog's behaviour. Recently, Professor Gregory Berns of Emory University has been able to train dogs to lie still in an MRI scanner and observe their brains responding with joy to pictures of their owners. Dogs are also better than chimpanzees at understanding human body-language.

If you'd like to learn more, anthrozoologist John Bradshaw is the author of the books In Defence of Dogs and The Animals Among Us.