Seven amazing things about our sense of touch

By Claudia Hammond, presenter of The Touch Test and All in the Mind

Don’t underestimate the power of touch. It can convey emotion faster than words. It can affect how we feel, who we like and dislike, and even what we buy. In contemporary society some people feel starved of touch while others feel that we touch too often.

But it’s an under-researched field and so to fill in some of the gaps BBC Radio 4 launched The Touch Test in collaboration with Wellcome Collection and psychologists at Goldsmiths, University of London. You can hear what we learned in our special programme, The Touch Test: The Results.

Meanwhile, here are seven things you should know about touch...

1. Touch is the first sense to develop

In the womb a foetus is thought to experience touch before it can hear, smell or taste. As the pregnancy progresses, twins even reach out to touch each other. After birth we know that “kangaroo care” – where the baby is held close to a caregiver’s skin – helps the baby to feel calmer and to sleep better.

Physical contact with other people can reduce the effect of stress on our bodies.

2. The skin is the body’s largest sense organ

Human skin covers a surface area of at least two square metres. Sensors in the skin allow us to experience pressure, vibration and pain as well as temperature and physical pleasure. These sensors adapt rapidly to light touch, which means that within moments of putting on our clothes, we forget that they’re touching our skin, provided they’re not itchy of course.

3. The touch of another human being can reduce stress in adults as well as babies

Research has shown that physical contact with other people can reduce the effect of stress on our bodies. In an experiment conducted in 2003 people were asked to watch a five-minute romantic video while holding hands with their partner, followed by a 20-second hug. After that they were given just two minutes to prepare a speech which was recorded and then played back to them. Tests like this are designed to be so stressful that usually the blood pressure and the heart rates of the people taking part shoot up. But holding hands and having a hug from their partner meant they only rose half as much as usual.

Fast nerve fibers respond when our skin is pricked or poked, relaying messages to an area of the brain called the somatosensory cortex. But in recent years, the neuroscientist Prof Francis McGlone has been studying another type of nerve fiber (known as afferent C fibers) which conducts information at around a fiftieth of the speed of the other kind.

They relay the information to a different part of the brain called the insular cortex – an area which also processes taste and emotion. So why has this slow system developed as well as the fast one? Francis McGlone believes slow fibers are there to promote social bonding through gentle stroking of the skin.

5. Even a simple touch on the arm can convey a range of different emotions

Experiments have shown that people can convey a list of emotions to a stranger through nothing more than a touch on the arm. If their arm was stroked or pressed or squeezed, a stranger could correctly identify the emotions the person was trying to communicate up to 83% of the time, with emotions ranging from anger, fear and disgust to love, gratitude, and sympathy. 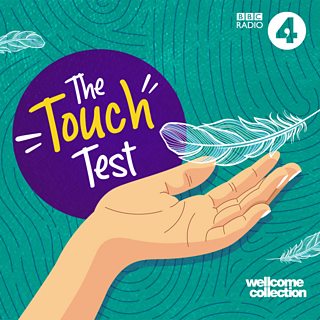 6. We have rules which permit us to us touch each other more in some situations than others

Strong cultural norms tell when it’s OK to touch each other. When you see a colleague in the office you might well greet them differently from when you bump into them on a night out. And in cafés, for example, there doesn’t tend to be much interpersonal touch, while at an airport people behave rather differently. In an observational study conducted in airport departure and arrivals lounges, 60% of people touch each other physically, hugging, kissing or shaking hands.

7. In our digital age touch still matters when it comes to shopping

Although we live in a visual age where our attention is grabbed by how things look, we still care about how things feel. Despite the convenience, only 9% of shopping is done online. Is this partly because we want to touch items before we buy?
Marketing professor Joann Peck spent hours observing the way consumers behave in shops. She found a lot of individual variation in how much we touch the goods laid out in front of us. Some people just look, but others, the “high need for touch” people, are so keen to touch before they buy they tear packets open so that they can feel what’s inside.

Texture affects our purchasing decisions too. We like objects we can imagine gripping in our hands, such as the traditional glass Coke bottle or a deodorant with indentations where you hold it.

Health and wellbeing, on Radio 4