Neutron facts (for which, no charge)

The neutron plays a fundamental role in the universe and its discovery was at the heart of developments in nuclear physics in the first half of the 20th Century.

Here are five things you might not know about neutrons:

1. James Chadwick discovered the neutron in 1932

He discovered it using this curious device which he made from pieces found in the laboratory: 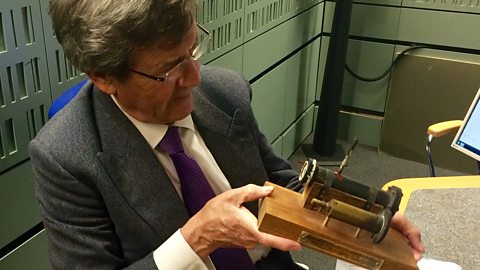 Prof Val Gibson tells Melvyn Bragg about the device used in the discovery of the neutron.

When later interviewed for the New York Times, Chadwick said, "I am afraid neutrons will not be of any use to anyone". 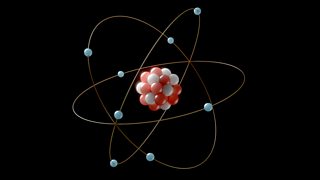 3. There are stars made of neutrons

They are unimaginably dense. A teaspoon of a neutron star would weigh as much as one of Earth’s mountains.

4. Neutrons are slightly heavier than protons

Neutrons decay quickly if they are not 'glued' next to protons in a nucleus and become protons which are slightly smaller (with a by-product of electrons and antineutrinos).

If protons were heavier than neutrons, they would decay to neutrons and there would be no positive charge in the nucleus, consequently no atoms. A Universe without atoms would have no stars, planets or people.

5. Neutrons are made of three quarks

The name 'quark' was given by Murray Gell-Mann when he was working on elementary particles in the 1960s. He took the name from a passage in James Joyce’s Finnegans Wake: "Three quarks for Muster Mark!”.

More science from In Our Time