The Mystery of Peter Begg

By Maggie Ayre, producer of Lost in Glencoe: A drama documentary about the man who disappeared without trace in Glencoe over 60 years ago.

I’m standing on a quiet street in Glasgow recording myself ringing the doorbell of a nondescript suburban house. An old man answers the door. “You’ll probably think I’m crazy,” I say, “But I had a relative who lived over the road who went missing” A woman’s voice in the background calls out “Oh the lodger? The one who went missing? I remember that”. I was dumbstruck. I had found someone who remembered Peter. 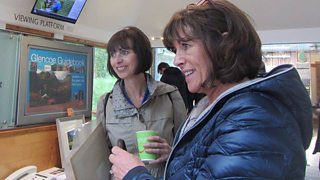 He was unmarried and left behind only his grieving parents, and his younger sister Shelagh. She was my aunt, married to Arthur, one of my father’s six brothers, and when our side of the family failed to send even a condolence card after Peter’s disappearance, it was the start of great bitterness and a rift between the Beggs and the Ayres that was to last for decades.

Growing up in Renfrewshire in the 1970s, I’d be taken on holiday to the Highlands. We’d pass through Glencoe and my Dad would mention Peter’s empty tent with all his belongings being found and reported all those years ago. He had been working on a nuclear project at a Clydeside shipyard at the time, something my family suspected might be connected to his disappearance. We would wonder, speculate and then consign the story to history as a mystery, a good yarn and something we would never solve. 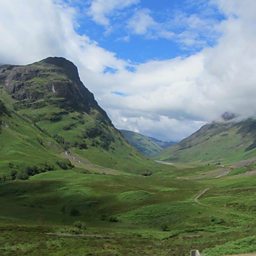 The stunning natural surroundings in Glencoe

﻿I was dumbstruck. I had found someone who remembered Peter.﻿

Until two years ago, I came across a newspaper article from the Glasgow Herald dated September 9th, 1954 detailing the case of the missing climber and the tent with all the belongings in it found beside the river about two miles out of Glencoe village. In a strange way, seeing the story in print confirmed it was really true and the small details it provided such as what Peter had left behind in the tent, where he had been living, the name of his landlady, who had helped look for him all fired my imagination and made me want to investigate. 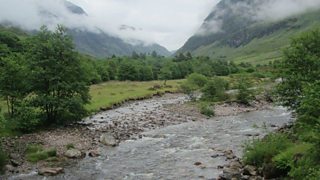 Perhaps someone listening will remember something, even know something that will help piece together the final pieces of the puzzle.

Of course, as a programme maker, I was desperate to tell this story on radio. A conversation with the Commissioning Editor for Drama convinced me to develop the idea for a drama documentary, ‘Although you’re never going to find out what happened to him’ he cautioned ‘focus instead on the family fallout’.

And so since last September I have been collecting all the information I possibly can about Peter’s life and mysterious disappearance. I have found people who remember him, who helped search for him and who have provided clues as to what may have really happened up there in ‘lonely’ Glencoe. Did he accidentally fall into the River Coe and get washed away, or did he choose to disappear? The journey I have taken to Glencoe has been full of twists and turns and intrigues with so many things that just don’t add up. But I will keep searching even after the programme is broadcast on 2 September 2016. Who knows what response it may bring itself? Perhaps someone listening will remember something, even know something that will help piece together the final pieces of the puzzle.

Making the programme has also meant having to address the family rift between my family and the Beggs with surprising results. That too is featured in the programme.

So Peter, wherever you are, your story is being told almost sixty two years to the day since you vanished, and the ripples your disappearance caused are still being felt way beyond that quiet spot in Glencoe where you pitched your tent that Friday night in September 54.

Listen to Lost in Glencoe, a drama documentary about the man who disappeared without trace in Glencoe, leaving an empty tent, and a rift in the family that rippled down the generations.