The Trafalgar Square lions are cast in bronze from the cannons of ships defeated in the Battle of Trafalgar. Nothing like rubbing it in, is there? 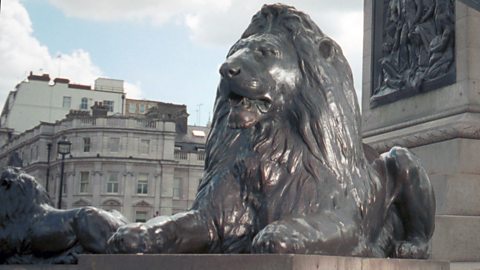 How the lions of Trafalgar Square were made

Rosie Broadly tells Brett Westwood about the pose and casting of the 'sphynx-like' lions.

Sir Edwin Landseer had hoped to sculpt the Trafalgar Square lions as prowling but was asked to represent them lying down because it was cheaper.

Haile Selassie was guarded at all times by lions. One of his titles as Ethiopia's emperor was Conquering Lion of the Tribe of Judah. 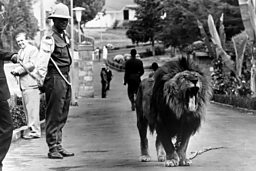 Tojo the lion guards the Jubilee Palace in Addis Ababa (1965)

Lions breed all year round and it is estimated that lions copulate around 3,000 times for every cub that survives for over a year.

5. Pride in the hunt

Lions often hunt at night as their eyes are six times more sensitive to light than ours. 85-90% of the pride's hunting is done by female lions while the males patrol the territory, protect the pride and wash the car.

Lions keep in touch with each other by roaring loudly enough to be heard up to five miles away. Except where the signal’s bad. 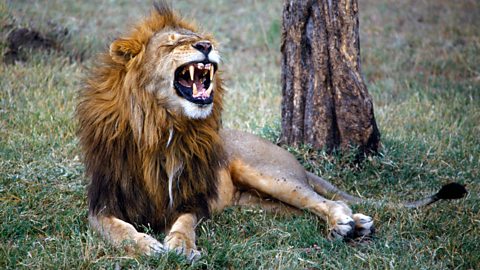 How it feels when a male lion roars nearby

Wildlife filmmaker Adam Chapman describes the feeling of hearing a nearby lion roaring.

The first known coat of arms featured lions in a rampant pose or rearing up. It was given to Geoffrey of Anjou, father of King Henry II of England when he was knighted in 1128.

Barbary Lions were kept at the Tower of London from the 13th Century until the 1830s. In the 1690s, a maid working at the Tower was savaged by one of the lions and died. Attacks on members of the public as well as animal welfare concerns eventually led to the royal menagerie being closed. 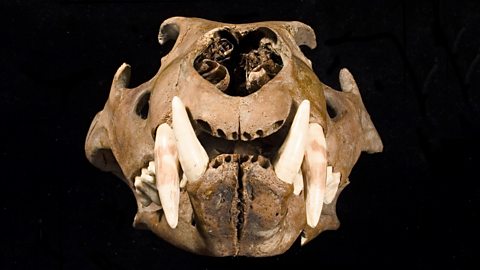 How bad diet affected the Tower of London lions

Richard Sabin from the Natural History Museum examines the skull of a Barbary lion.

Due to their strength and size, Barbary lions were used by ancient Romans to fight gladiators in the Coliseum and as agents of execution for Christians and criminals.

Leo is one of the bigger Zodiacal constellations and is most visible in the spring. It is believed to have first appeared 4,000 years ago in ancient Mesopotamia. 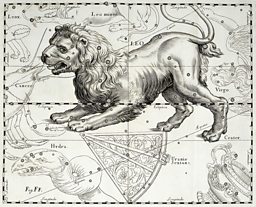