Musician David Byrne is best known as the lead singer of new wave band Talking Heads, celebrated for his distinctive voice and unconventional style. Since the band’s success and influence in the seventies and eighties, Byrne has gone on to release solo albums, score movies, write books and exhibit art – picking up an Oscar, Grammy, and Golden Globe along the way.

In his Desert Island Discs, he speaks to Kirsty Young about creativity, family and embracing his “inner oddball”. Here are eleven things we learned…

1. He made his name in New York, but was born in Dumbarton, Scotland

When he was just three, David and his parents emigrated from Scotland to North America. There was a shortage of work in Glasgow, but across the Atlantic companies were offering jobs to engineers like his father. David realised later that sectarian conflicts might also have played a part in their departure: his dad’s family were Catholics and his mum came from a Presbyterian home. He says, “Looking back I sense that they wanted economic betterment and I think they probably wanted to be free of all the mixed marriage religious stuff. It was quite oppressive.”

2. His parents encouraged his creativity

David came to his second song choice – The Rowan Tree by Jean Redpath – by thinking about the kind of music that was played around the house. He now recognises his parents’ music had an impact on his own work: “I can look at some of the melodies I’ve written over the years and I go, ‘oh’, there’s a real Celtic influence.” His father was also an amateur painter and if he found a nice frame, he would “take a saw and cut off part of the picture to fit the frame.”

3. His musical experiments began with a tape recorder that his dad adapted for him

David’s father had a little reel-to-reel tape recorder that came with a microphone. When David was learning guitar as a teen, his dad acknowledged his interest, and “he modified the tape recorder so that you could record what’s called sound-on-sound.” David began to experiment: “I would do things like cut up tapes and scramble them and put them back together again. I did these multi-track things with loads and loads of feedback and, you know, all sorts of things.” He remembers it being “totally exciting”.

4. He was a shy child but was never afraid of getting on stage

As a boy, David found other children difficult to deal with: “I would have a party at my house and then I would go and hide”, he laughs, “someone would find me in a bedroom”. He says a lot of people would ask, “Well if you were so shy how could you possibly get on stage?” But that, to him, seemed self-evident: “If you’re really shy you have to get on stage because that’s the only way you can make your presence felt, or make your ideas known, or announce the fact of your existence. You can do that because it’s an artificial situation and then you can retreat back into your shell right after.” 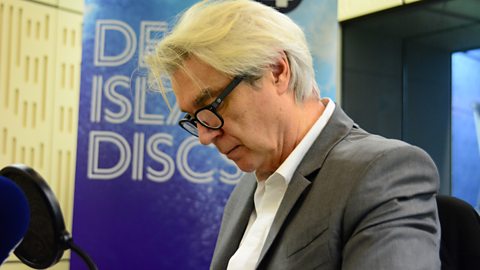 David Byrne: ‘Some of my shy behaviour was quite extreme’

5. He was asked to leave his school choir

At high school, David started to perform in coffee shops and in college – playing guitar, ukulele or violin and singing. But his time in the school choir was short-lived. He says he wasn’t exactly thrown out, but told that probably he shouldn’t continue. But he can see the funny side: “If you’ve heard my singing on some of the early Talking Heads records… there’s a yelp-y aspect to it. And I can only imagine that it might have been more so back then.”

6. Pop music showed him that there was another world out there…

As a teenager he had a transistor radio, which he would listen to in his bedroom, putting it under his pillow so his parents wouldn’t hear. He recalls listening to his fourth song choice, Mr. Tambourine Man, performed by The Byrds: “From the very beginning, from the opening sound, I thought ‘wow’, this is really different.” Growing up in the suburbs, this song taught him that “there’s another world out there. There are things being made that are made for us, whoever us is, and I have to go and find them.”

There's another world out there. There are things being made that are made for us, whoever us is, and I have to go and find them.
David Byrne on discovering pop music.

7. He shaved off his beard in an early live performance

He was in the throes of making music with a friend, and visual art, and getting into European films when he had an idea: “I said, ‘oh look, we’ll do a performance and as part of it I’ll shave my beard off on stage’, which is a little hard to do without a mirror, so there was a bit of blood!”

8. He embraces his “inner oddball”

He is aware that people can find his behaviour amusing or strange, but says, “I’ve gotten to the point now where I’m not intimidated by that.” When he does something fun he says, “I’m not going to apologise for that.” He was travelling in Iceland, mimicking the beeping sounds that his camera was making, when his driver said to him, “Do you always talk to your machines?” His response was, “Yeah, why not?”

9. Talking Heads played by a set of rules

He admits the band had a set of unspoken creative rules when they started out: “We were not going to imitate rock and roll poses, singing styles, clothes. I wanted to use language that was not typical of pop music.” They were not allowed to have “long, noodly guitar solos” or “posturing”. Everything was stripped back as they attempted to reinvent everything from scratch. They also decided to dress like normal people – David says, “I went down to the financial district and got myself a cheap suit,” soon realising that “in a club, it’s just way too hot.” He laughs recalling how he threw it in the wash and it shrunk down to nothing. 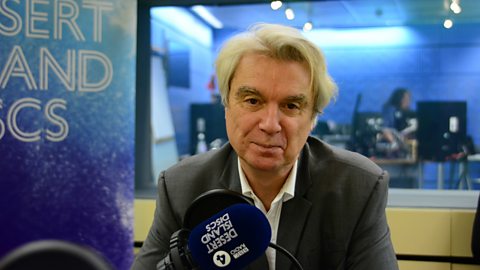 David Byrne, musician, on the early days of Talking Heads.

10. He imagines he was difficult to work with

The musician accepts he was “a little bit angst-y and very, very focused” during his time in Talking Heads, to the point where things had to be done a certain way: “It means the absolute world to you. It’s your baby, it’s your soul, it’s everything you’ve dreamed of that you’re putting together and you don’t want it to be compromised.” But, he says, “I’ve learned that you can work with people and sometimes get something in a way that’s not so dictatorial.”

11. He admits that his greatest achievement is his daughter

David is reluctant to say that his daughter is his greatest achievement in life because it’s a cliché, but does admit, “It’s true.” He says it’s also “so mysterious and magical. You know, coming from me, she could have been such a mess, but she’s not! She’s not a mess and she’s very happy. And, what more could you want?” 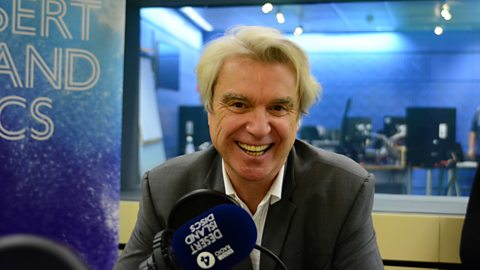 David Byrne: ‘Grit your teeth and push the pram!’