BBC Two takes us inside the world's biggest invention time capsule - the Science Museum vaults - and asks the nation to vote for Britain's Greatest Invention.

The discovery that saved us all.

This invention is a life-saver. Without it, 200 million of us wouldn’t be here, and that’s a very conservative calculation.

Before it came along, women were 50 times more likely to die in childbirth, and during WW2 it saved the lives of 15% of our soldiers wounded in battle. It even helped make Britain the sexually liberated country it is today by eradicating the most prevalent STDs of the 20th century and kick-starting the swinging ‘60s.

Now, we are prescribed 34 million antibiotics a year and diseases that previously were life threatening, today only lead to a few days out of the office. Put simply, Penicillin is perhaps the greatest medical advancement in human history and without it, there’s a good chance you wouldn’t be sitting where you are now.

The invention that shaped the horizon.

This is the most used man-made material on Earth. Each year we produce around three tonnes of it for every person in the world - that’s enough to cover the surface of the Moon in an inch of it in just 100 years. 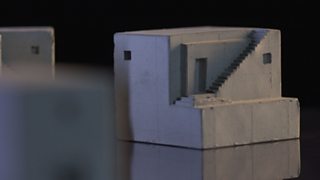 Now, 70% of the global population live in homes made with concrete, and without it the world would be stuck in the 18th Century.

Concrete has given us sewage systems, modern hospitals capable of dealing with a rapidly growing population, stadiums and skyscrapers. It has given us affordable housing and it formed the foundations of the welfare state.

It helped us win WW2 by allowing the D-Day landings and was crucial for launching man into space as one of the only materials capable of tolerating the thrust of a rocket launch.

Its impact can be seen in every part of your life - look around your living room and concrete will almost certainly play a role, and if you look out your window, chances are that the horizon you see is completely shaped by it.

This single invention has put man on the moon by super-cooling spacecraft; it has air-conditioned cities in the most inhospitable locations on Earth; it has eradicated diseases by the mass transportation of vaccines; it is uncovering the origins of all life by ensuring the Large Hadron Collider doesn’t explode; it has put women at the head of industry by helping them break free from the shackles of the home; and it allows exotic foods to reach us in perfect condition. 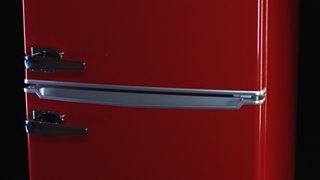 Simply put, the fridge is the unsung hero of the modern world.

Today, a fridge is in more than 99% of British homes and around 100 million of them are sold worldwide annually. The biggest fridge in the world is 27km long and gets colder than outer space. Because of refrigeration, we each eat 18kg of bananas and drink more than our body weight in fresh milk a year, ensuring a diet that has made us bigger, stronger and healthier than our ancestors.

If you want to see the real impact of the refrigerator, the kitchen is just the beginning - look out the window and you’ll see a whole world changed by it, from the food you eat, to the cities we live in and the latest frontiers of science .

Taking us above the clouds.

A miracle of engineering, a colossal synergy of metal, heat and pressure, this invention allowed mankind to take to the skies like never before. 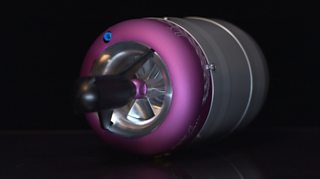 It took us higher, faster and further than we had ever dreamed and democratised air travel, allowing Brits of all backgrounds to trade holidays in Skegness for beaches across the globe. The Jet engine didn’t just take us to the Costa del Sol - it built it, as money flooded into holiday hotspots that had previously been small fishing villages.

It exposed us to new cultures and culinary delights, and then gave us the means to bring those new flavours and sensations back to Blighty, transforming our high streets into a multicultural melting pots where tapas restaurants sit alongside Greek steakhouses and sushi bars.

The Jet didn’t just allow us to travel the world - it brought the world to us.

Now, eight million people fly in jets every day and on average 44% of the world’s population board a jet annually, flying a total of nearly 37 billion km. Around 50 million tonnes of cargo are transported by air every year and every 60 seconds 5,700 people will board jets globally.

Acorn Computers (The Microchip that built the smartphone), 1985

‘til Death do us part.

The mobile phone is at the heart of all our lives and we’d be lost without it. 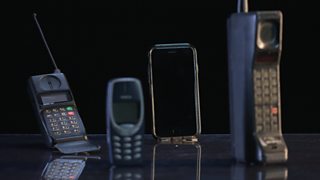 Today, there are almost as many mobiles in service as there are people on the planet. We touch, swipe and pinch them 2,600 times a day - a million times a year on average. We spend a third of our days on them, and the way we touch them has changed the way our minds work, stimulating and growing the same part of our brains that concert violinists use to play breath-taking music.

Mobile Phones have been linked to a drop in drug addiction in young people, with experts proposing that the endorphin rush from receiving a social media ‘like’ has eradicated the need to find a fix.

They have even made you fluent in the fastest growing language in human history - emoji, as well as giving rise to a brand new medical condition - nomophobia: fear of being without your phone.

More than any other, this is an invention that has become a life companion, giving us almost limitless information and connectivity everywhere we go.

The beating heart of modern civilization.

You may think that this invention is a relic of the past. Yes, it dragged Britain into the Industrial era and made us an economic world leader, but surely the world has moved on since? 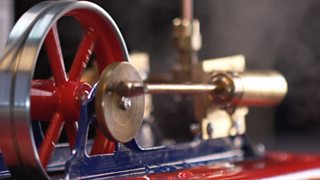 In fact, you couldn’t be more wrong.

Without it, you’d have no internet, no streetlights, no smartphone and no computer.

The Steam Engine has always been at the heart of mankind’s search for power, and time hasn’t changed that one bit. Today, 80% of the world’s electricity is generated using Steam Turbines. Even nuclear power, the most cutting-edge technology of sustainable electricity production, relies on an invention first put together in 1884.

Now, Steam Turbines power your entire life, transforming nuclear, coal and wood power into usable energy, with the latest iterations powerful enough to fuel over a million homes each. Many are larger than a blue whale, the world’s biggest are longer than the largest aeroplane on Earth. Without them we may well have none of the other inventions on this list.

Bringing the world into your living room.

We spend nearly 10 years of our lives in front of it, as well as a lifetime total of over £6,000 of our money just powering them. This single object has brought the wonders of planet earth into our daily lives. 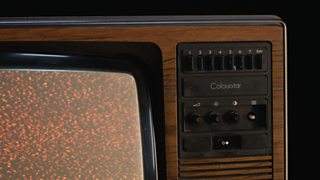 Its influence is such that it determines the way we dream - people who grew up with black and white TV frequently dream in monochrome.

The TV even fought for Britain in WW2, when a frequency beamed from the BBC broadcast mast at Alexandra Palace was used to throw out German radar readings by 500 miles, making Blitz raids far less successful than they would have been otherwise.

Since its birth in the 1920s, the Television has transformed our lives. In front of it, we have been transported out of our living rooms to the world’s greatest sporting moments, global news events and even beyond our own planet. It has become the hub of our home and touches the lives of every person in Britain, as well as 4.2 billion people worldwide.