To mark the Diamond Jubilee, James Naughtie will be presenting 60 profiles of men and women whose actions during the reign of Elizabeth II have had a significant impact on lives in these islands and given the age its character, for better or worse

﻿Thank you for all your suggestions. These were passed to our panel of historians who decided on the final list which we can now announce below. Radio 4 will broadcast profiles of the New Elizabethans daily (Mon-Fri) starting on Monday 11 June at 12.45pm 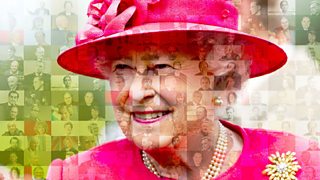 Sally Alexander: Professor of Modern History at Goldsmiths; research interests lie in the history of social movements, feminism in particular, London history, the history of psychoanalysis, oral history and subjectivity. Editor of History Workshop Journal since its foundation in 1976.

Max Hastings: Journalist, editor, historian and author. Former foreign correspondent for the BBC, editor of the Daily Telegraph and the London Evening Standard.

Maria Misra: Lecturer in Modern History at the University of Oxford specialising in the politics, culture, and economics of 19th and 20th century imperialism and colonialism. Columnist for the Times Higher Education Supplement.

Discussions around New Elizabethans on Radio 4