Making History is exploring the booming industry that is dark tourism. Whether it’s the site of a natural disaster, genocide or incarceration, places of pain, shame and “heritage that hurts” are growing in popularity for visitors and holidaymakers. If Disney chintz and sunny beach resorts just aren’t your thing, then check out our pick of the best dark tourism destinations on the planet, from former prisons to eerie ghost towns.

Still from the HBO and Sky hit mini-series Chernobyl. The series has peaked interest in the tragedy, and led to its growing popularity as a 'dark tourism' destination.

In 1986, a reactor in the Chernobyl power plant exploded, blasting the town with 400 times the radiation created by Hiroshima’s nuclear bomb. The nearby town of Pripyat, where many of the power plant workers lived, was immediately evacuated and the 50,000 residents were never to return home. It is now possible to visit some areas in the Chernobyl exclusion zone (in modern-day Ukraine), although it’s still considered hazardous and is closed to the general public. There are deserted houses swallowed by forest, nursery and school rooms still strewn with toys and workbooks, and an abandoned amusement park. 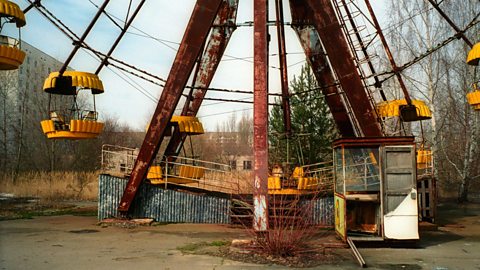 I worked as a tourist guide in Chernobyl

A tourist guide talks about the abandoned and dangerously polluted city in Ukraine.

When Mount Vesuvius erupted in AD 79, Pompeii – an ancient Roman city near Naples in Italy – was buried under metres of volcanic ash. Much of the town and its inhabitants were preserved under the hot ash – even food, graffiti and beloved pets were frozen in time. Pompeii, which offers a unique snapshot of everyday life in ancient Rome, is now a UNESCO World Heritage Site, and the popular tourist destination receives around 2.5 million visitors every year.

A preserved resident of Pompeii from AD 79. Pompeii receives around 2.5 million visitors every year.

Auschwitz was the biggest and most notorious of the Nazi concentration camps – the site of the systematic killing of over a million Jews and other persecuted people during WWII. Today, the site stands as a memorial to those that lost their lives, and a valuable reminder of the atrocities. Visitors will come face to face with the cattle cars used to transport the victims, the bare dormitories in which they were housed, the gas chambers where they were killed and piles of personal artefacts like toys and shoes. The site, an hour’s drive away from Krakow in Poland, attracts over a million people a year. 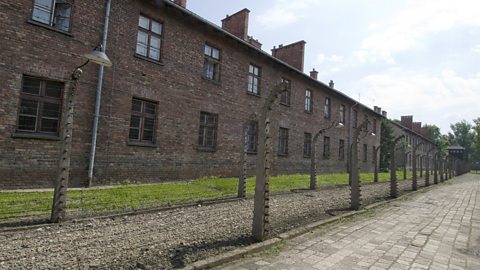 Eva Kor has dedicated her life to talking to those who hurt her during the Holocaust.

On September 11 2001, aircraft hijacked by al-Qaeda terrorists flew into the two towers of the World Trade Center in New York, ultimately causing them both to collapse. The attack resulted in the deaths of 2,996 people. Today, two reflecting pools, nearly an acre in size and featuring the largest manmade waterfalls in North America, sit within the footprints of the original Twin Towers. Tourists flock to see this 6-hectare memorial, a reminder of the largest ever loss of life resulting from a foreign attack on American soil.

Every year, thousands of tourists visit the 6-hectare 9/11 Memorial and Museum in New York

Robben Island, 12 kilometres off the coast of Cape Town, was a place of exile and imprisonment for over 400 years. Notably, the island was home to the maximum-security prison that housed Nelson Mandela and several of his followers for many years, in brutal living conditions. Since the abolition of Apartheid, the island has been preserved as a memorial and can now be visited on tours led by ex-prisoners. It is South Africa’s prime dark tourism destination and a UNESCO World Heritage Site.

For something closer to home, dark tourism fans can pay a trip to a jail on UK soil: Shrewsbury Prison.

For something closer to home, dark tourism fans can pay a trip to a jail on UK soil: Shrewsbury Prison. The prison, built in 1793, home to thousands of criminals over many decades, closed its doors in 2013. But now you can “do time” in the former prison for fun because it’s been opened to the public by Jailhouse Tours who run daily guided tours of the site, evening ghost tours, and prison experience events. You can even pay to try and escape.

A century ago, the luxury steamship RMS Titanic met its demise on its maiden voyage to New York when it hit an iceberg in the North Atlantic and plunged two miles to the ocean floor. The opportunity has now emerged for a select number of individuals to explore the world’s most famous shipwreck as part of a series of “week-long manned submersible survey missions”, which will kick off in 2020. The only requirements are that applicants are 18 years or over, hold a valid passport, and are happy on boats. Oh, and have a spare $125,000 – which is how much joining the expedition will set you back. 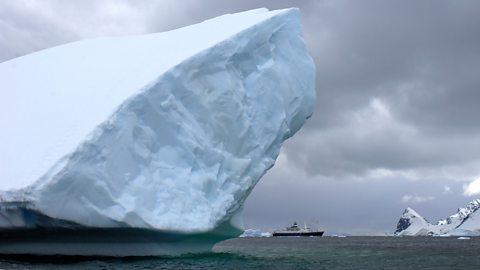 What people ate at the last meal on the Titanic

Dr Annie Gray reveals the eating habits of those on board the Titanic.

Burj Al Babas is a sweeping Turkish resort full of luxury housing that stands completely empty. The identical turreted houses, that all resemble miniature castles, were intended to be holiday homes for wealthy holiday makers, lured by the appeal of local hot springs said to have healing properties. However, the project's developers filed for bankruptcy when Turkey’s economy took a downturn and any buyers soon backed out. Burj Al Babas is now a deserted ghost town filled with rows and rows of fairy-tale castles – and not a prince or princess in sight.

Between 1975 and 1979, the Khmer Rouge regime in Cambodia executed over one million people under the command of Pol Pot. Choeung Ek is the site of a mass grave of victims just outside the capital Phnom Penh, and the best-known of 'The Killing Fields.' Today, Choeung Ek is a memorial and one of Cambodia’s most visited tourist attractions. The centrepiece is a large Buddhist stupa with glass sides that is filled with the skulls of more than 5,000 victims whose remains were uncovered in the surrounding graves.

To learn more about Dark Tourism, listen to Making History.

The centrepiece of Choeung Ek is a large Buddhist stupa with glass sides filled with the skulls of more than 5,000 victims who died during the Khmer Rouge regime.