Everything you never knew about the Battle of Hastings

Greg Jenner has spent his career making history fun on the TV show Horrible histories and the You’re Dead To Me podcast. And while many of us are stuck indoors, he’s using his fun-making skills to make a new show. In Homeschool History he presents entertaining, bite-sized factual nuggets about something famous from the past. This week, it’s one in the eye for Harold as we delve into the Battle of Hastings and discover some unexpected stuff… 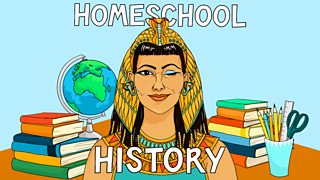 Listen to Homeschool History: The Battle of Hastings

At the start of the action packed year that was 1066, an old man called Edward the Confessor was on the English throne. But he wasn’t known as ‘Confessor’ due to a habit of blurting out unfortunate things. It was used to describe someone very religious. In fact, Edward is the only king of England to have become a saint.

It all became a bit of a soap opera

Edward didn’t have an heir, so he’d promised the throne to his cousin William, Duke of Normandy. This didn’t go down well with his wife’s dad, a man called Godwin and his two sons Harold and Tostig, who fancied the throne for themselves and were banished in the process. When Godwin died, Harold became favourite to be king, and he even claimed that Edward had changed his mind and proclaimed him the new king instead of William just before he died. Convenient. 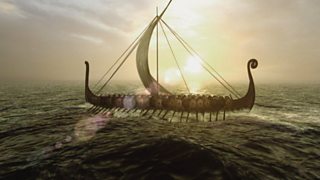 Even the pope got involved

Over in Normandy, William heard about this and wasn’t happy. He claimed that Harold had promised, on holy bones no less, that he wanted William to be king. Upset, he went off and talked to the Pope, who agreed with William. A disgruntled William then decided to raise an army and Harold, suspecting what was about to happen, did the same. 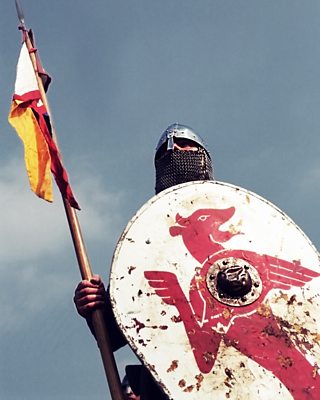 One Norman knight rode up to the English and started to sing rude songs at them. He then charged into the enemy troops and was killed instantly.

It was a bit of a shambles

It turns out that army-raising is trickier than it sounds. Once William had managed to convince all these warriors that it would be a great idea to invade England, he then had to find weapons and horses for them. And give them food while they waited for the weapons and horses. Then he needed to build ships to take them across the channel. And once he’d done all that, the weather turned bad and he couldn’t go anywhere.

William wasn't the only 1066 invader

Harold was also having army trouble. They all became sick of waiting for William to attack them and many went home. But, in a plot twist no one expected, in May 1066 there was an invasion. Only it wasn’t William but Harold’s little brother Tostig, who also wanted to be the king. Harold quickly defeated him, as Tostig was a bit rubbish.

And then some more people invaded

Harold returned to his previous hobby of waiting for William and his Normans (from Normandy) to invade. But while he was waiting, Tostig invaded again. But this time, knowing he was rubbish, he’d brought along a load of Vikings from Norway to help plus their leader, who was called Harald, just to confuse matters. Harold (England) dashed North to Stamford Bridge where a bloody battle took place resulting in Harald (Norway) and Tostig being killed.

Annoyingly for Harold (the still alive one) he didn’t manage to enjoy this victory for long, as just three days later William finally decided to invade. But things started badly. It’s reported that William stumbled and fell over when he was getting off his boat at Pevensey in Sussex. This looked like a terrible omen, until quick-witted William grabbed some sand and said, ‘look how easily I grab his land!’ Nice save!

Then things got strange

Harold was still up north and his army were pretty worn out from fighting those Vikings. But William decided to get things started by burning down various bits of Sussex to provoke him. Then, on the 14th of November, the two armies finally met at a place we now call Battle. Before the main event kicked off, one Norman knight rode up to the English and started to sing rude songs at them. He then charged into the enemy troops and was killed instantly.

Rather pleasingly, the battle started at 9am and carried on until 5pm. The Normans had skilled knights on powerful horses, but the English were on higher ground with a solid shield wall. The fight turned into a bloody stalemate. Then a rumour spread that William had been killed. The Normans quickly decided to run away and the English chased after them. But then William revealed that he wasn’t actually dead after all. So the Normans stopped running one way and started running the other way, straight at the English. They soon had the upper hand.

Harold's death: Not quite as the tapestry shows

The whole story of the battle is preserved in the Bayeux tapestry which is *SHOCK* not even a tapestry but an embroidery. No one is entirely sure who made or commissioned it but it DEFINITELY shows Harold with an arrow in his eye during the battle. But written reports of the skirmish don’t mention any arrows or eyes and say Harold was hacked to death with swords by a group of Norman knights.

Words such as beef, autumn, pigeon and beautiful derive from Old Norman terms.

William was alone at Christmas

William was finally king and soon became known as William the Conquerer. But even his coronation turned into a bit of a nightmare. He decided to be crowned on Christmas Day 1066, but some of his knights went on a bit of a rampage and set fire to several sections of Westminster in celebration. The crowd who had gathered ran away in fear. So William was crowned, alone, in Westminster Abbey, reportedly shaking with fear.

The Battle of Hastings had a huge effect on the history of England which can still be felt today. Due to William’s French roots, it suddenly became fashionable to speak French and words such as beef, autumn, pigeon and beautiful derive from Old Norman terms. And while you don’t get too many Anglo-Saxon names such as Æthelred and Eadwig, Norman names such as William and Henry are still popular today.