Barbara Hepworth at the Tate: A landscape of her own

As sculptor Barbara Hepworth’s reputation continues to grow, WILLIAM COOK visits the Sculpture for a Modern World exhibition at Tate Britain. This major retrospective of her work is the first in London since 1968. But, away from the metropolis, he discovers that the dedicated Hepworth galleries in Yorkshire and St Ives, Cornwall, are where Hepworth's homages to the British landscape "found a greater freedom".

It’s forty years since Barbara Hepworth died, in a fire in her Cornish studio - but while other artists fade away, her reputation keeps on growing.

Two museums devoted to her work (in Wakefield, where she grew up, and Cornwall, where she made her home) have introduced her serene sculptures to a wider audience, and now Tate Britain is mounting a major retrospective, the first in London for half a century.

Moore’s muscular figures are rooted in reality. Hepworth’s graceful forms speak an abstract language of their own

Barbara Hepworth: Sculpture for a Modern World shows Hepworth wasn’t only a great British artist. She’s a sculptor of worldwide significance, one of the key figures of Modern Art.

Hepworth was born in Wakefield in 1903. She shone at school, but she only ever wanted to be an artist. She went to the Royal College of Art in London, on a county scholarship, alongside her Yorkshire neighbour Henry Moore.

Throughout her life she was compared with Moore. It was a comparison she resented. She was right to resent it, for their work actually had very little in common.

The fact that the finest British sculptors of the last century were born just a few miles and a few years apart is an interesting coincidence - but though they started from the same place, the directions they travelled in were very different.

‘She’s looking for something more elusive,’ says the show’s co-curator, Penelope Curtis. Moore’s muscular figures are rooted in reality. Hepworth’s graceful forms speak an abstract language of their own.

Tate Britain picks up Hepworth’s story in the 1920s, when she was living in London with her first husband (and fellow artist) John Skeaping. In the first room of this exhibition, her sculptures are intermingled with similar artworks by her contemporaries.

The point the curators are trying to make is that her sculpture didn’t come from nowhere – it grew out of a shared tradition.

Yet right from the start, her work was clearly so much better. Even her early sculptures have a simple clarity that most of these other artists lack.

Hepworth had a son with Skeaping, but the marriage didn’t last. In 1931, she met the artist Ben Nicholson. They lived together in Hampstead, where their careers ran in tandem. 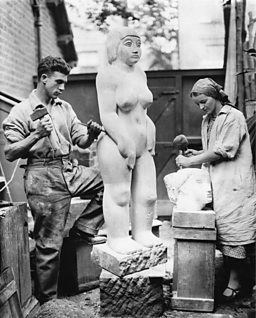 John Skeaping and Barbara Hepworth working on a sculpture, around 1935 | Getty Images 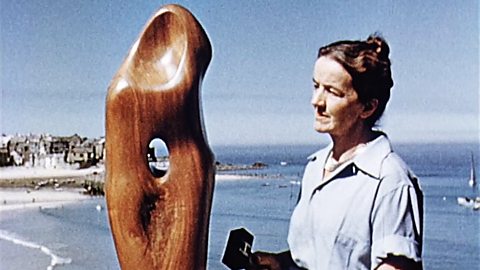 A 1953 BFI documentary directed by Dudley Shaw Ashton and narrated by Cecil Day-Lewis.

The second room of this show recreates the home and studio they shared. As Fascism spread through Europe, Hampstead became a sanctuary for Continental artists and architects.

Hepworth met progressive refugees from Nazism like Walter Gropius. These meetings broadened her horizons. She became involved with the international avant-garde.

Hepworth had triplets with Nicholson, a fate which might have thwarted a less dedicated artist. Her sensual Mother & Child series evokes the tug of love between maternity and creativity.

Hepworth was a loving mother, but you sense her work came first. During the Second World War, sculpting became impossible. Undeterred, she simply drew sculptures instead.

Hepworth’s mature work has an almost ethereal quality. As Penelope Curtis says, it has no message yet it’s full of meaning. You float through these last few rooms like a sleepwalker in a lucid dream.

Whether she’s working in wood or stone or bronze, Hepworth’s sculpture is timeless and elemental. Her artworks are as beautiful – and indefinable - as nature itself.

There are only two things missing from Tate Britain’s retrospective – a sense of where Hepworth came from, and an idea of where she ended up. These bookends are provided by two new exhibitions at The Hepworth Wakefield.

To understand her beginnings, and the roots of her creativity, you must travel to this striking museum, in her Yorkshire hometown.

Designed by David Chipperfield, on a manmade island in the River Calder, The Hepworth Wakefield is the biggest new gallery to be built in Britain for nearly fifty years.

Since it opened in 2011 it’s welcomed over 1.3 million visitors, and generated over £350 million investment into the area – precious revenue for a region that’s struggling with post-industrial deprivation.

The Hepworth Wakefield is well worth a visit at any time of year, and its latest exhibitions complement the Tate retrospective perfectly. 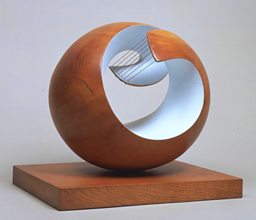 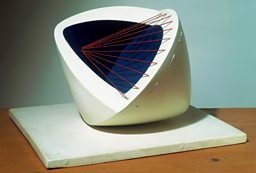 Hepworth In Yorkshire is a portrait of the artist’s rugged origins, in ‘a land of grim and wonderful contrasts.’

The last ten years has been a fulfilment of my youth, I have found a greater freedom for myself
Barbara Hepworth, 1971

‘Perhaps what one wants to say is formed in childhood, and the rest of one’s life is spent in trying to say it,’ she reflected. ‘I know that all I felt during the early years of my life in Yorkshire is dynamic and constant in my life today.’

A Greater Freedom: Hepworth 1965-75 is a revealing survey of Hepworth’s final decade, when she created some of her most monumental artworks.

‘The last ten years has been a fulfilment of my youth,’ she wrote, in 1971. ‘I have found a greater freedom for myself.’

For this determined, driven woman there was no question of slowing down. During her last decade, she produced more artworks than she had done in the previous thirty years.

There are more Hepworths at Yorkshire Sculpture Park – linked to Wakefield by a special shuttlebus. Leeds Art Gallery also houses some excellent examples of her work.

However the final destination for your Hepworth pilgrimage should be Hepworth’s home in Cornwall, around the corner from Tate St Ives. It’s an intimate memorial to an artist who created a new visual vocabulary, more like music than sculpture.

From the Yorkshire moors to the Cornish coast, her career was a lifelong homage to the British landscape. Here, in this sunlit studio, she created an artistic landscape of her own.

Barbara Hepworth: Sculpture for a Modern World is at Tate Britain until 25 October.

Hepworth in Yorkshire is at The Hepworth Wakefield until 6 September. A Greater Freedom: Hepworth 1965-1975 runs until April 2016. 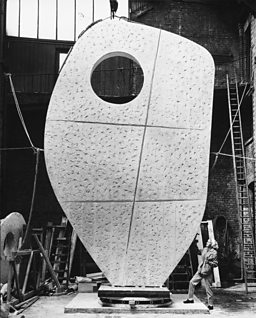 Barbara Hepworth with the plaster of Single Form 1961-4 at the Morris Singer foundry, London, May 1963 | Photograph by Morgan-Wells | © Bowness, Hepworth Estate 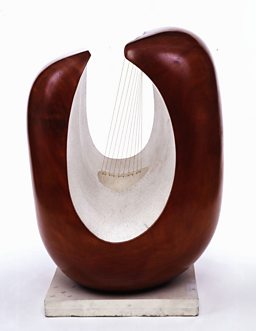 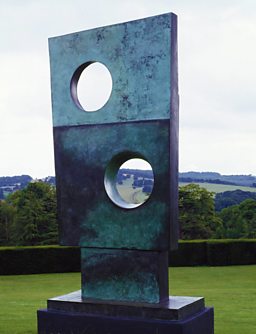 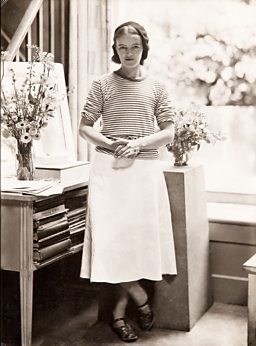