What Will I Be? 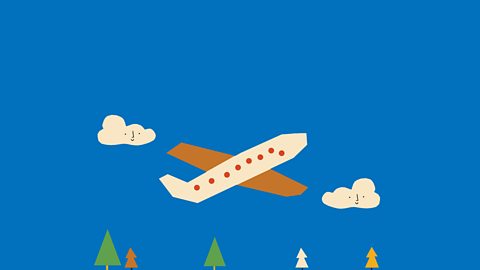 What Will I Be?

In my first life their children leapt and their granddad leant on me. In my second being I protected the farmer's sheep from the foxes and gave them quite a shock. But they never thanked me once. It was as if I wasn't there, as if I wasn't seen. All those years being slapped by the rain and wind and they still didn't respect me.

Eventually I found myself being resuscitated with oxygen again. The comforting burn of the furnace. I felt honoured knowing I was soon going to be useful. What would I be I wondered? Maybe a stylish automobile touring London's streets? Perhaps a merry-go-round decorated with magnificent frolicking horses? I didn't know. The journey was long and complicated. I knew we were almost at the end as the bulls-eye was being painted on my right wing.

That very same day, a man, no more than a 20 years old came walking towards me, smoking a cheap cigarette in a parachute suit. At that moment I realised what I was. I was a fighter plane. I felt a jolt of terror run through every atom but I still burned with curiosity about what would happen to me next.

I had simple propellers to keep me in the air. Their wooden spikes felt like twigs. Hardly enough to thrust a mighty Spitfire into the clouds. My wings each wore a machine gun (which were my main defence) and my tail-wing bore another gun as back up. Despite my anxiety I felt very handsome indeed. If I had had one I thought my mummy would have been proud of me!

As the sun peeped over the clouds the next day I swallowed gallons of mouthwatering, expensive petrol. When the clock chimed 9 o'clock I raced up the runway faster and faster until I felt all my rivets rattling and shaking. I hardly noticed we were flying at first as it had taken so much effort to leave the earth. When I did finally register the clouds brushing against me, it felt so magical and soothing.

The peace was soon destroyed.

In the distance, slipping and dipping through the clouds I saw the tiny outline of of a Nazi plane. My pilot did not know. I flew closer and closer and could not warn him because I was an unspeaking machine. The seconds felt like years and I wished I could turn away.

CRACK!
The first bullets ripped through my body. I thought there would be pain - maybe hot or cold - but all I felt was my momentum disappearing. We tumbled down and down. It felt as if it was everlasting. The speed was like take off in reverse. I didn't know what happened when I ploughed into the ground. But then again that may have been a good thing.

In the end I was grateful when I found myself being melted down again, wondering what would I be next? But that's still a mystery waiting to be solved by fate.