Be Part Of History... Again!

Watch or Listen Back 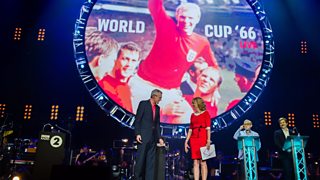 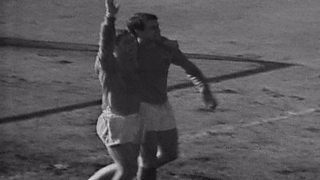 The referee gives it

The referee gives it 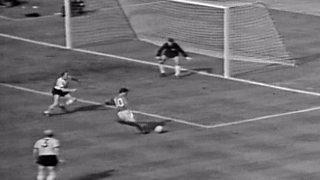 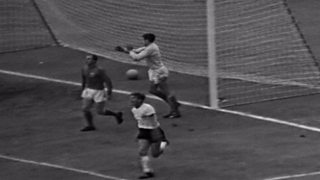 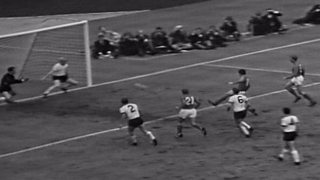 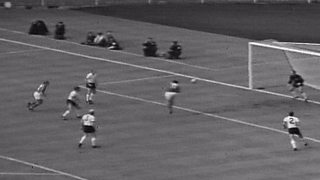 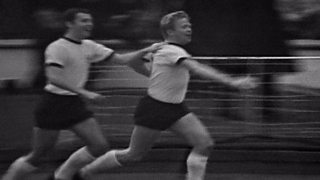 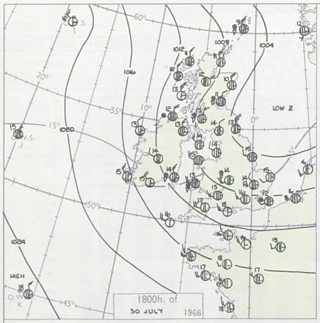 A cool very showery north-westerly over the UK. During the morning London experienced frequent showers and even the odd thunderstorm which begin to die out throughout the afternoon. Maximum temperature was 20 C.

Bobby Charlton scored a goal either side of half time to help secure England's safe passage to the World Cup Final. A late Eusebio penalty after Bobby's brother Jack handled in the box made for a nervy last 10 minutes but England held on. 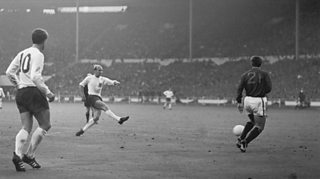 England face Portugal tonight in the second semi final of World Cup '66, with winners facing West Germany in the final on Saturday at Wembley. 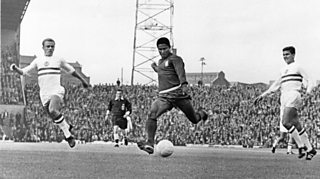 Eusebio has a strike at goal against Hungary

Alf Ramsey's team are yet to concede a goal in the tournament but must find a way to stop the sensational top goalscorer Eusébio, who scored four in the quarter final defeat of North Korea.

Manchester United's midfielder Nobby Stiles may be given the the task of man marking the Portuguese striker.

Watch or Listen Back