Father And Sons by Howard Cunnell

As a boy growing up on the south coast of England, Howard Cunnell's sense of self was dominated by his father's absence. Now, years later, he is father to a daughter who is transitioning to become his son. Starting with his own childhood in the Sussex beachlands, Howard tells the story of the years of self-destruction that defined his young adulthood and the escape he found in reading and the natural world. Saved by the new responsibility of family, Cunnell charts his journey from anger to compassion. But above all, this is a story about love – its necessity and fragility, and its unequalled capacity to enable us to be who we are. 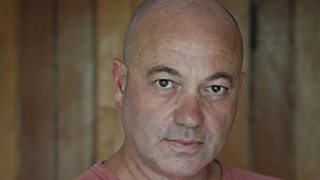 He is the editor of Jack Kerouac's On the Road: The Original Scroll, which the New York Times described as “the living version for our time”.

A former professional scuba-diving instructor, he lives in London with his wife and children.