When Kendrick met Clara: The best bits from the exclusive Radio 1 interview

Kendrick Lamar is one of the most talked-about musicians in the world, which makes him a seriously hard man to pin down. But right in the middle of his sold out UK shows – and before winning a BRIT Award for International Male – Clara was given the chance to go backstage and meet King Kenny himself.

The amazing interview saw him discuss everything from herbal tea to his heroes, and it included all the nuggets of wisdom we’ve grown to love from the Compton rapper. Here are some of the standout moments from Kendrick and Clara’s conversation...

Working on the Black Panther soundtrack was a “privilege” 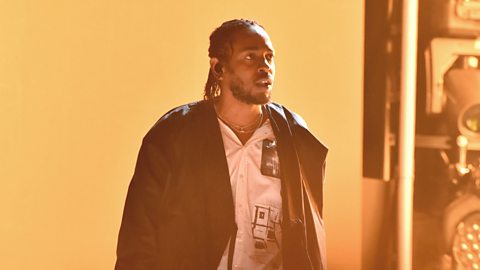 Kendrick talks to Clara about the impact of the film and curating the soundtrack.

Black Panther is breaking box office records worldwide, everybody wants to see it, and literally everyone is talking about it.

Kendrick is just like the rest of us in seeing the film as a landmark cultural moment, so he was honoured to curate the soundtrack.

“Not even talking about the music - just the movie and the cast and the director - I think it's something that not only stands within its moment but stands within time,” he told Clara.

“We’re talking about timeless films and things that are going to curate after this film. When we got to the music, I just wanted to make sure that I could complement that and be a part of [it] in the best way I could.”

And he’d like to star in the next Black Panther film!

“I’ve got to now!” replied Kendrick when Clara asked if he’d star in a sequel.

We’d LOVE to see him sharing the Wakanda limelight with Chadwick Boseman. In fact, Kendrick sees himself starring as supervillain Killmonger. “I really enjoy Killmonger's character, just off the simple fact that he was a villain but he came with some real [talk]... He was a villain but he was loved and misunderstood. So if I could, I'd play a Killmonger for sure.”

If director Ryan Coogler wants to give Kendrick a call, he has his number.

Tupac is the reason he’s touring the world

When Clara went backstage to meet Kendrick in his dressing room, she was greeted with framed photos of the rapper’s heroes – Muhammad Ali, Prince and Tupac. With the latter, the legendary artist’s career was tragically cut short in 1996, but his imprint on hip-hop is central to how King Kenny works today.

I’ve been around the world, able to see Africa, China, come to London, come to the UK, Germany… Tupac didn’t get a chance to do that
Kendrick Lamar

“I was talking to my folks about how great this man was, but he never got to experience his full potential due to the tragedy of his life,” Kendrick said of his hero. And he sees himself as finishing some of Tupac’s unfinished business…

“I’ve been around the world, able to see Africa, China, come to London, come to the UK, Germany… Tupac didn’t get a chance to do that. Me being here right now is appreciation. To carry my talents around the world is strictly because of the foundation he laid. I have to be out here saying something, pushing my talents however far it may go, because of what he’s done. That’s the least I can do.”

He’s doing a fine job of carrying the legacy.

He has a REALLY zen pre-show ritual 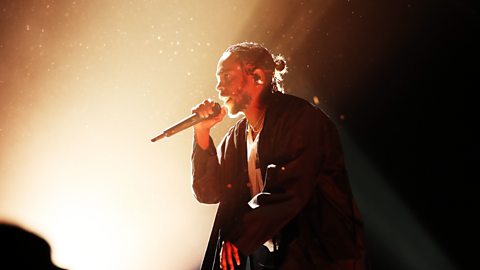 “These words, these ideas, these albums all come from a single thought” - Kendrick Lamar on backstage rituals and inspiration

Most rockstars would prefer a more shambolic way to prepare for a gig, but Kendrick keeps it simple. Green tea. That’s his tipple of choice. He drinks a “whole lot” of the stuff while playing songs by some of the greats: Marvin Gaye, Teddy Pendergrass, Prince. “I might mix a little bit of rap in there. But you know, just songs that I can feel good about and think about where I was at as a fan listening to these artists and going out there, reciprocating the energy and knowing how the fans feel about me being onstage.”

If his recent, all-conquering London gigs are anything go to by, green tea and Marvin Gaye is the perfect pre-show ritual.

That’s the name of his legendary alter-ego, but it turns out Kendrick would actually like to study karate IRL.

“I actually wanted to do it as a kid,” he told Clara. “We walked past that karate place every day, ma was like, ‘Nope, we ain’t got money for that.’”

But now he does have the cash, so we might see him busting out moves sooner rather than later. “I’ve gotta get my stretching and all that [though], ‘cause I might break a leg.”

He’s a man who lives by his words

Kendrick gave so many amazing pieces of wisdom in this interview, but one of the best was when Clara put it to him that “in 2018, we’re very much in this era of #woke.”

You have to go out there and to practice what you preach, you know? The idea of just saying things – it goes out the door when you step into reality
Kendrick Lamar

All of his records have been conscious and ahead of their time, but these days, being woke has almost become a part of the mainstream. That’s not a problem for Kendrick, though, because he says he believes in everything he says.

“You have to go out there and to practice what you preach, you know? The idea of just saying things – it goes out the door when you step into reality. You say what you wanna say on the Internet, but there’s gonna come a time when you’ve got to put your money where your mouth is,” he states. “There’s people out there really hurting, really needing knowledge and understanding. You’re gonna have to give them that.”