The History of Hip-Hop Dance

BBC Young Dancer judge DJ RENEGADE takes a tour of the history of hip-hop dance, from the 1980s to the present.

This feature complements the Hip-Hop Dance category in the BBC's search for the Young Dancer of 2015.

DJ Renegade on the history of Hip-Hop Dance

The answer to the question ‘What is Hip Hop dance?’ is not as simple as you might suppose. 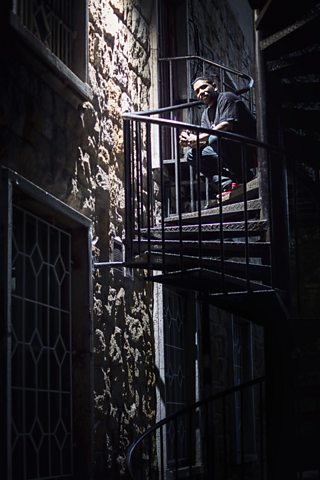 Hip Hop dance includes a wide range of "street dance" styles that are associated with the Hip Hop culture born in New York City in the mid-'70s. Traditionally, the original dance of Hip Hop was Breaking, which was the predominant style from the 1970s until the mid-'80s.

Beginning in the Bronx, Breaking spread worldwide via movies such as Wild Style, Beat Street and Breakdance - The Movie, as well as through tours like the New York City Rap and Wild Style Tours, which showed off the new culture and dance styles in the 80s.

Originally performed to Funk and Rock "breaks", the music was more up-tempo and lent itself to what the dancers would refer to as "going off".

Breaking increasingly began to die out in the mid to late '80s as the culture changed. The music was slowing down, being replaced by more of a "head nod" or "boom bap" sound.

This led to the emergence of a new style of Hip Hop dance expression, more correctly termed Hip Hop Freestyle, and led to movements more suited to the music. Club or Party dancing took over with the style and steps named or influenced by what was happening in popular culture.

The Prep, Fila (after the sports shoes), Roger Rabbit, Steve Martin, Cabbage Patch, Humpty Dance, Robocop, Pee Wee Herman, Running Man and many other steps spread around the scene. Often, a simple movement performed by a movie star, comedian or other character was exaggerated or mocked, harking back to other African-American dances like the Cakewalk from a century earlier.

New steps were created at a fast pace and the vocabulary continues to grow.

Krump is an energetic, expressive movement that was seen as a way to escape gang life by rechannelling anger, aggression and frustration through dance

Dancers like Buddha Stretch, Link, Loose Joint, Shaik, Rosie Perez, Peter Paul, Scoob and Scrap and others were at the forefront of what was happening and were considered pioneers of this new style. Different groups were formed and many danced for music artists of the time.

Additionally, other styles of dance from the US came under the Hip Hop umbrella through cross-pollination and their association with the culture by the media. These included Locking, Popping, Krump and many more.

Locking and Popping had originally developed in 1970s California and although created independently of Hip Hop, because of media misunderstanding, were linked to Hip Hop culture as it spread around the world. Like Breaking, they were also performed to the Funk music which was prevalent in the underground at the time. There were also many collaborations across coasts as youngsters combined these new styles.

One of the newest additions to the dance family is Krump. Again, through mainstream exposure, it has been linked to Hip Hop.

Created in the early 2000s in Los Angeles by Ceasare "Tight Eyez" Willis and Jo'Artis "Big Mijo" Ratti, it quickly became a part of the subculture. It is an energetic, expressive movement that was seen as a way to escape gang life by rechannelling anger, aggression and frustration through dance.

Hip Hop Freestyle in the 21st century is an amalgamation of all these styles and more. It continues to constantly evolve and adapt to the times.

DJ Renegade is a Judge in the Hip-Hop Category Final for Young Dancer of the Year 2015 - read his profile at the Young Dancer website.

A Breaker in action