Jo Malone: Nine things we learned when she chatted with Joe Wicks

Jo Malone, the founder of Jo Malone London and now Jo Loves, is an icon of the fragrance world. On The Joe Wicks Podcast she talks to Joe about how she defied a terminal cancer diagnosis, the tragedy of losing her sense of smell and the amazing way she regained it.

Here are nine things we learned... 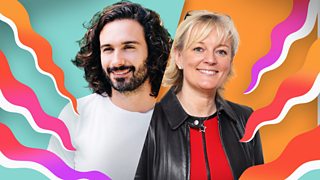 1. Jo was the breadwinner in her family from the age of 11

I was definitely the adult from the age of 11... My dad had gone off with somebody, so I was left to really support the family.
Jo Malone on her tough childhood

Jo grew up on a council estate with a mother who was very ill and a father who had a gambling problem. It fell to her to run the family, from the age of 11. “My father was the most amazing man and creative man. I learned so many things from him. But gambling away the money that was supposed to feed us sent [me] into such a panic. I remember… thinking, ‘I’m going to get myself out of this.’” Her dad taught her how to be artistic and her mum taught her about skincare, “but I was definitely the adult from the age of 11. In our household, I was the care. I looked after my mum when she was very ill. My sister went off to school. My dad had gone off with somebody, so I was left to really support the family. But I don’t regret anything that happened to me in my life… It really gave me that resilience, that sense of no matter what’s left I will build something.”

2. She started her company with four plastic jugs

Jo Malone London became a multimillion-pound fragrance company, but it started at a kitchen table. “Four plastic jugs in a little kitchen,” is how she says it began. “I started a little skincare clinic. I had 12 clients that would traipse up three flights of stairs. When they left, I’d give them a little body lotion or bath oil to say thank you for coming… One day one lady bought 100 bottles.” That was the moment Jo knew that if she ran with it, she could make this into a successful business. She still develops new fragrances from her kitchen table, albeit a much bigger one.

Jo says that her sense of smell is different from most people’s. She has synaesthesia, which is a crossing over of the senses. In her case, it means that when she sees any object she also experiences a combination of smells that aren’t actually there. For example, “I’m wearing [a red shirt] and it has a scent to me. I can smell amber; I can smell a tiny blossom; I can smell redcurrant skin; I can smell red terracotta tiles in the sun. Everything has a smell to it.”

4. Her nose is nearly as good as a sniffer dog’s

Jo’s sense of smell is so acute that she once went to have it tested at a facility where dogs are trained to sniff out illness in people. “It’s amazing. It’s in Milton Keynes. It’s for medical dog detection. They train dogs to smell diseases. Right at this moment, during Covid, they’re training dogs to smell and see if people coming through airports [have the virus]. Dogs’ nose receptors are thousands and thousands of times more [sensitive] than humans’.” While Jo’s is not quite so sensitive, it’s not far off. “I had my nose tested with the dogs. I got in the pen with the dogs. I had to smell all the things they were smelling. And I could… Not as well as the dogs, but I could hold my ground with them.” 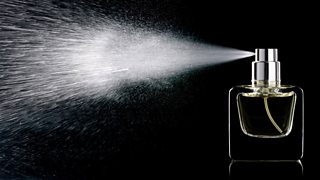 How does Jo Malone come up with her fragrances?

5. She was once given nine months to live

In 2003, Jo was diagnosed with an aggressive form of breast cancer. Doctors told her she likely had nine months left. She was determined to do anything she could do defy that diagnosis. “That voice [inside] said, ‘You’ve never listened to anyone in your life about where you should be and what you should do, so why on earth would you listen to that?'” She went to New York and underwent a pioneering form of chemotherapy. “I fought every day for the life I’m living now,” she says. “Last year, I took my son to the gates of university and I remember standing behind him and thinking I would never see this day, and I have. I’m grateful for every single day.”

6. She once lost her sense of smell completely 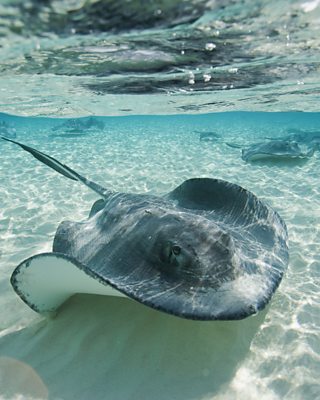 One of the side effects of chemotherapy was that Jo lost her sense of smell, the thing that had given her a career. “The only thing I could taste was pineapple and the only thing I could smell was metal,” she says. It was one of the reasons she chose to leave Jo Malone London, the company she founded in 1983 (it was sold to Estee Lauder in 1999). “After the chemo finished, my hair came back but my sense of smell didn’t and I think that’s one of the reasons I thought, ‘it’s time to go.’ I walked away for other reasons, but that was definitely one.”

7. She had a breakdown after leaving her company

When Jo left Jo Malone London, she was contractually forbidden from starting another fragrance company for five years. “I was very ashamed at the time, but I’m not now that I’ve come through it. I had a horrible breakdown,” she says. “I suffer from anxiety and I know my flip-switch is control. The minute I lost that sense of control over my own life, I just spiralled into anxiety. It manifested itself in terrifying ways. It took a year for me to seek help. Once I started to understand where that anxiety came from and stop being frightened of it, it stopped having a hold over me.” Jo now has a new fragrance company, Jo Loves.

8. Her sense of smell returned after an encounter with a stingray

9. The most important thing for her mental health is breathing

Jo’s way of keeping herself calm is practicing breathing techniques. “My breathing tape I do really helps to regulate my breathing and my heart rate and keep me relaxed,” she says. “It goes for about 20-25 minutes. You start with 14 breaths per minute and then you get right the way down to seven… I can literally feel my heart rate coming down. By the end of it I’m almost ready to sleep I’m so relaxed.”